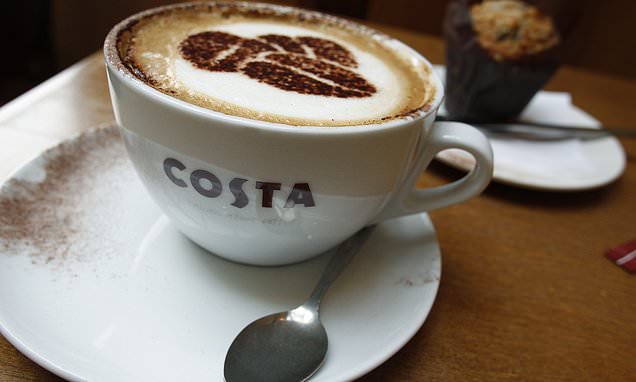 Hospital cafes run by Costa Coffee and Subway are contaminated with ‘unacceptably’ high levels of deadly bacteria, a damning investigation has found.

Researchers from BBC One’s Watchdog Live found salmonella and staphylococcus in eight branches run by the food and coffee giants.

The team, trained by a clinical microbiologist in how to correctly test for the bugs, swabbed tables, trays and ice at 10 Costa-owned cafes, 10 Subway cafes and 10 cafes run by the Royal Voluntary Service (RVS).

And while salmonella and staphylococcus were found in numerous Subway and Costa branches, none was found in cafes run by the RVS.

Experts said it was dangerous to have infectious bacteria in hospital environments which are used by sick patients and people with weak immune systems. 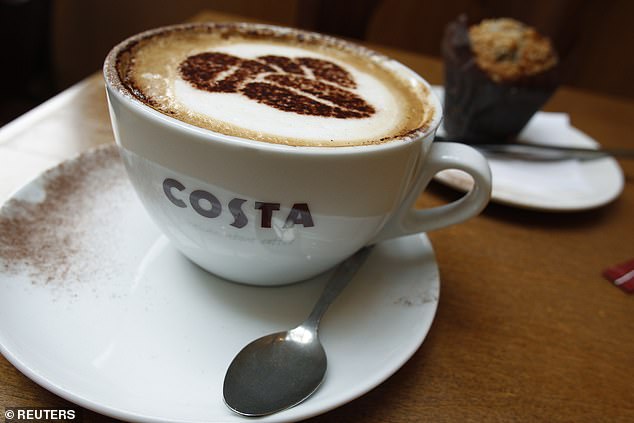 They sent their findings back to a lab, where bacteria counts that were classed as ‘unacceptably high’ in six Costa branches, two branches of Subway.

Unacceptable levels of bacteria were also found in one branch of the RVS but neither salmonella or staphylococcus were found there.

Salmonella, which can cause serious food poisoning and kill, was found in one sample of ice from a Costa-run cafe and two samples taken from tables.

In the Subway branches, which all carried a stellar Food Standards Agency EHO 5* rating, salmonella was found on two tray samples and four table samples.

A sample of ice in one of the Subway cafes was also found to contain staphylococcus, as did one sample from a tray.

Staphylococcus was found in one sample of ice from Costa Coffee as well as four tray samples and one table sample.

The bug can cause staph infections, which typically result in rashes and blotches the skin, but can lead to blood poisoning or sepsis.

Environmental Health specialist Sian Buckley said the results were ‘unacceptable’ because patients with weakened immune systems are coming into regular contact  with the cafes. 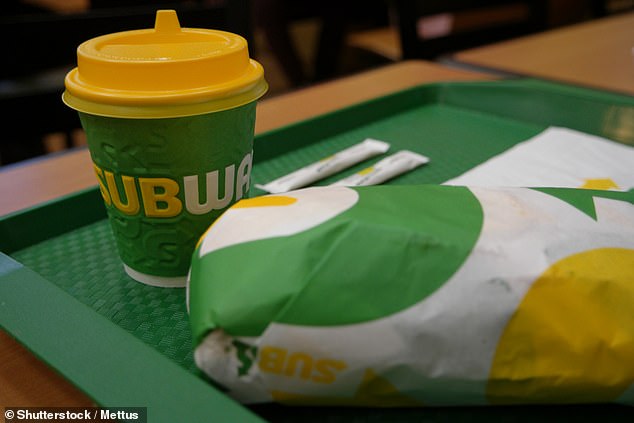 She said: ‘Hygiene practices should be good across all food businesses, but in this environment, there is a greater responsibility to ensure that practices are managed very effectively.

‘Customers in this environment are a highly vulnerable group of people. The presence of salmonella and staphylococcus in any samples is unacceptable, and is an indicator of poor hygiene practices.’

Watchdog Live presenter Nikki Fox said: ‘This is perhaps our most important Swab Mob investigation because we are looking at cafes in hospitals, places you’d expect to be clean.

‘I don’t think most people would expect salmonella or staphylococcus to be present – and certainly not in things we’re actually consuming.’

A Costa Coffee spokesperson said that the company was ‘very disappointed’ with the findings, ‘especially as nine of the 10 stores investigated all have the top Food Hygiene Rating of 5 (Very Good), with the 10th still awaiting inspection by the Local Authority’.

‘We believe Costa Coffee stores provide a valuable service within hospitals, offering a familiar and comfortable environment for customers and it is extremely important to us that, as with our High Street stores, they operate to high standards of hygiene and robust cleaning processes, in line with the Food Standard Agency’s advice.

‘We are confident we have the right policies, procedures and equipment in place but following these results have taken immediate action to review how they are implemented and to conduct independent checks at all our hospital stores.’

Subway said it was looking into the findings to make sure ‘safety priorities are met’.

‘As a result of this being brought to our attention, we have contacted each of the franchise owners for the Hospital stores in question who have confirmed that they are following their policies and procedures,’ a spokesperson said.

‘In addition, we can confirm that each of these stores has had an additional deep clean over and above their regular cleaning schedule to ensure stringent cleanliness and food safety priorities are met.’

Neither salmonella nor staphylococcus were found in any samples collected from the RVS.

The voluntary service said: ‘We are reassured by the results of this test which show our dedicated volunteers and staff succeeding in doing their utmost to keep our cafes clean, while offering the special care and support to patients and hospital staff that Royal Voluntary Service is known for.

‘Overall, we have 6,000 volunteers working in the NHS supported by our staff team, many of whom work in our cafes and shops.

‘Our hospital café model, operated in over 200 sites, is very different to others as in addition to serving refreshments and manning the tills, trained volunteers are often among our customers, offering a supportive word or a listening ear.

‘Any money we make either goes back into the NHS or funds the charity’s work.’

You can watch Watchdog Live tonight at 8pm on BBC One.

What is salmonella and staphylococcus?

Salmonella are a group of bacteria that infect the gut.

They live in animal and human intestines and are shed through feces.

Humans become infected most frequently through contaminated water or food. Contamination is possible if raw and cooked foods are stored together.

Symptoms of salmonella infections include diarrhea, stomach cramps and sometimes vomiting and fever.

On average, it takes from 12 to 72 hours for the symptoms to develop after swallowing an infectious dose of salmonella.

They usually last for four to seven days and most people recover without treatment.

But if you become seriously ill, you may need hospital care because the dehydration caused by the illness can be life-threatening.

Staphylococcus are a type of germ that cause staph infections, which affects the skin and results in boils, rashes and blotches.

But staph infections can turn deadly if the bacteria invade deeper into your body and cause sepsis by entering your bloodstream, joints, bones, lungs or heart.

Staph bacteria are one of the most common causes of food poisoning.

Symptoms come on quickly, usually within hours of eating a contaminated food.