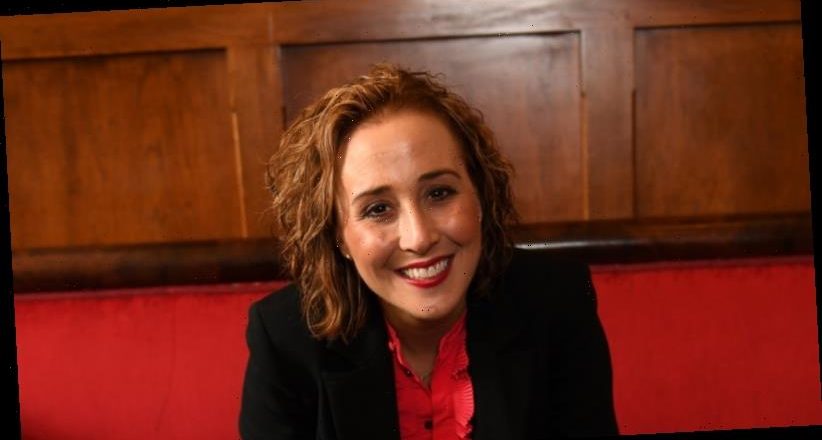 Gabrielle Williams recalls hearing herself "gasp" when she was casually informed by a fertility clinic finance officer that she was "medically infertile".

"I'd never been told I was infertile before, and to have a woman in finance mention it in this passing kind of way [during a discussion of cost structures] … I remember it just took my breath away," says Victoria's Minister for Women, Youth and Prevention of Family Violence. 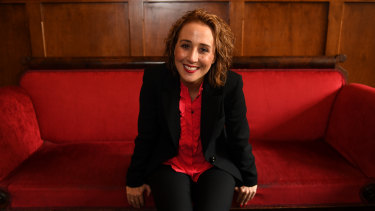 Women’s Minister Gabrielle Williams used her own, sometimes-confronting, experience of IVF to inform the State’s review of the industry. Credit:Penny Stephens

"I kind of just gasped and remember even being conscious that I gasped in shock." It was not the only jarring moment in three years and five fertility treatment cycles Williams, who was diagnosed at 19 with polycystic ovary syndrome, undertook hoping to become a mother – a hope yet to be realised.

Up there, also, was the sense of having to prove she was adequate motherhood material by passing a police check before even being given treatment. She describes this as "incredibly demeaning and borderline humiliating" and "imposing significant trauma" on women.

"Every person who walks in there has a story to start with," she says. "When you make the call to embark upon IVF, it comes off the back of what is usually a very painful journey. To make that call, then save up the money and overcome the psychological barriers of walking through that door, having those appointments: that's a highly stressful process.

"The police check [said] to you 'we have to ensure you are fit to be a parent because you're infertile'." None of your friends have to fill these out, people are having babies all around you, yet because you've got those struggles and fertility issues your fitness is questioned."

Difficult to digest, too, was the fact some providers' marketing of the IVF-success dream (including expensive extras such as "embryo glue") did not match the statistical reality. "You're marketed this as a certainty, if you can't have a child you go through IVF to get your child. That's not the experience of most people who go through it."

Nor did the process feel nearly as empathetic to patients as Williams thought it should: issues, it turns out, she was in a unique position to influence.

At the same time as Willliams and her then husband were going through similar procedures to those given to 25,000 Victorians a year, she was parliamentary secretary to Jill Hennessy, then the health minister hatching plans for a sweeping review of the assisted reproductive treatment industry. Williams jumped at the chance to give a patient's-eye view of how people were experiencing some aspects of the country's $550 million fertility business.

Speaking to other patients and with those working on health lawyer Michael Gorton's review, she realised "all of it was the same".

"It was an incredible thing to have those conversations, because you start to wonder whether you're being a bit precious or just being emotional about your experience, and am I expecting something that is by definition clinical to be empathetic.

"Finding out the same things that made me feel really uncomfortable or I just didn't think worked well were coming up from the hundreds of people who submitted [to the review] telling the same story does validate your experience, and it points to the fact you're not being unreasonable."

People are having babies all around you, yet because you've got those struggles and fertility issues your fitness is questioned.

Williams is considering more IVF, this time as a single woman, and says while she was never out to attack the industry, the "all-consuming rollercoaster of hope and despair" that life on IVF often feels like could definitely improve.

"For me, it was never about bashing an industry, or saying these people are unscrupulous or evil [Williams says her own clinician was excellent] it's just about saying we can do better."

She was gratified to see laws scrapping the requirement for police checks on IVF patients introduced to State Parliament this week, and thinks that as Gorton's findings continue to be processed, transparency, accessibility and stigma around IVF should be addressed.

She also urges people to feel comfortable talking about it in their workplaces, and she has begun to, although it can be hard.

"In both [state election] campaigns I've been asked a number of times whether I have children. It's always a difficult question I dread because there's no right answer … my response come the 2018 election was one of absolute honesty. When people asked, I'd say, 'No, but I've been going through IVF for a couple of years and it hasn't worked out yet'."

Having lived trough the heartbreaking experience of watching a positive pregnancy test "fade over days", she is speaking up because she does not want other women feeling like fertility defines their worth.

"I was always slightly embarrassed about the prospect of infertility, given I knew it was a major possibility when I was young … women are so conditioned to believe children are part of our journey, if it can't happen it feels like a failure even though it's not."