It’s little wonder that women are more likely to suffer from burn out, feel chronically stressed and experience higher rates of anxiety and depression.

Women often carry more of the load for less reward.

Women do nearly double the hours of unpaid work each week compared to men, according to the latest Household, Income and Labour Dynamics in Australia survey. And in 2022, women still earn an average of 13.8 per cent less than men who do the same work.

Yet, many women in Australia manage to achieve incredible things. But, how they do it without burning out and sacrificing their mental health and wellbeing?

For International Women’s Day, here is what four high-achieving Australian women had to say about managing their mental health.

On rebuilding after it falls apart 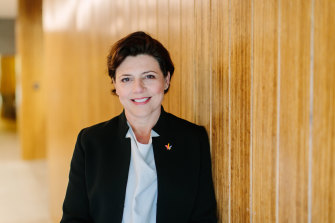 She might be one of the most mental health literate Australians, but it didn’t make applying that knowledge any easier when she experienced her first episode of depression shortly after becoming the chief executive of one of the country’s leading mental health organisations in 2014.

“I did everything wrong,” admits Harman, whose long-term relationship had recently ended, leaving her feeling unmoored. “I started drinking really heavily, I put on a huge amount of weight, I stopped exercising, I disconnected myself from the people who ground me. I put the mask up, and I didn’t let anybody know what was actually happening to me.

“A lot of that was driven by this misguided notion that we have, as women in leadership, that we cannot show vulnerability.”

But she came to understand, viscerally, something she already knew intellectually: that no one is immune. “If it can happen to me, don’t think it can’t happen to you.”

Harman learnt that doing the basics was key to her recovery, “rather than trying to turn it around 180 overnight”. She saw a psychologist for a time, but also wrote lists that she attached to the fridge, reminding her to brush her teeth, make her bed, prioritise the workout, make time to sleep and eat well, and see the people she loves – time when she can “just be Georgie, not Georgie CEO of Beyond Blue”.

A weekly walk in nature with one of her best friends is a touchstone.

“It’s become one of the most important elements of my life; knowing that every Sunday morning I’ve got this incredible connection with somebody that I love dearly, and we talk about life, the universe, work, family, friends, relationships,” she says. “At the end of those two hours I feel not just the endorphins of having exercised, but I feel connected and grounded again, and I have a plan in my own head about how I’m going to deal with some of the more tricky parts of my job or my life.” 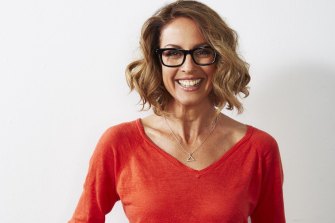 Trial and error have taught Sarah Wilson that managing her mental wellbeing requires stretching out of her comfort zone regularly.

Overwhelm and anxiety can feel paralysing, and it’s easy for life to shrink around the pain, but the 48-year-old climate activist and best-selling author of I Quit Sugar and First, We Make the Beast Beautiful, has learnt that inaction makes everything worse.

”My climate work and my activism has probably been the best cure for my anxiety. You turn your anxiety into action,” Wilson says.

Wilson, who tries to balance time spent in the fire with time focused on “joyous, beautiful things” like children, loved ones and being in nature, admits it is a “constant experiment” – one she doesn’t always get right. “But experimenting and trying things out brings about more of the right stuff than sitting back, scared and doing nothing.”

The practice of pushing to the edge of her comfort zone, she says, feels counterintuitive in a culture that is geared towards eradicating discomfort. Bush walks and writing help her through overwhelming times. There are days she just wants to cocoon from the world but doing things that scare her is where she finds freedom, energy and power.

“One of the things I know is that the best way to deal with a crisis or life is to build resilience, and it’s a muscle. Like anything else we want to strengthen, I encourage people to go to their edge. Practice it daily. Eleanor Roosevelt said ‘do something every day that scare you’,” Wilson says.

“I get it wrong a lot of the time but at least I’m in the running to find the things that work. If you sit back and are passive and don’t go there you end up missing out on getting to the solution.” 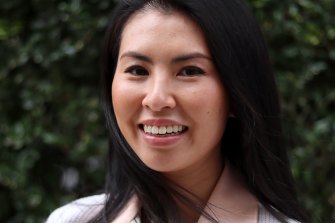 On June 1, 2018, the day Yumiko Kadota finally broke, the plastic surgery registrar had just worked 24 days straight at a Sydney hospital, including 19 where she was on-call 24 hours a day.

“We tend to glamourise burnout. It’s seen as a badge of honour if you’re able to keep going, especially in healthcare,” the 34-year-old says. “It’s a bit of a toxic competition sometimes about who works the most.”

So until that day, when she couldn’t face another, she hadn’t realised how sick she was. “When you’re in it and you have no space … it’s really hard to recognise the symptoms.”

She ended up being admitted to hospital and spent the next 18 months wired and wrecked by insomnia. With no boundaries in her work as a doctor, creating them has been a hard-learned lesson.

“It’s still something I struggle with on occasion, but making sure I can protect my time and peace… and set boundaries is an important part of my mental health,” says Kadota, whose book, Emotional Female provides a glimpse into the life of a female working in surgery. So, she triages emails, reminds herself she doesn’t need to reply immediately and is learning to say “no”.

This as well as making time to exercise three to four times a week – she teaches weight-lifting classes twice a week – have been pivotal to reclaiming her wellbeing. “I was scared I was never going to be myself again,” she admits.

Today, she does a little public speaking, a little teaching of fitness classes and a little clinical work. She has also recently opened an injectables clinic, Salon Lane. “I’m not intensely doing one thing. I’m still doing things I enjoy, just little bits of them and that helps me stay balanced.” 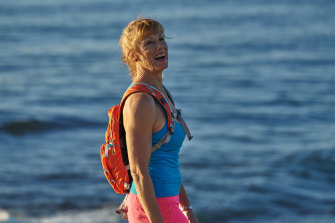 There was a time when Di Westaway’s life felt like it was escaping her. Working as a producer for former 2GB presenter John Laws, in an unhappy marriage and approaching 40, the mother of two wondered if this was all there was to life: “I was on the working mum treadmill, having no time for me, no time to exercise, no time to sleep, no time to do anything other than be in survival mode… I was miserable.”

A life-changing trip to South America – where she and a girlfriend spent two weeks climbing a mountain and travelling in the wilderness with nothing but their backpacks – made her reassess everything.

“I haven’t lived my life the same way since then,” says the 60-year-old.

Shortly after she returned, she had her third baby, and resigned from her job. Later, she became a single mum and, in 2004, she started “a little hiking business”, Wild Women on Top, which has since become one of the country’s largest and longest running women’s health movements.

“I’ve designed a life around ‘how can I put my mental and physical health first every day?’ That’s a hard thing … but not impossible. The way to do that is to integrate small rituals or habits into every day.”

Westaway admits “there’s not enough hours in the day” to do it all – love, move, nourish, be in nature, get enough sleep, mindfulness, gratefulness – so she integrates exercising in nature with socialising, has walking meetings, will take a moment to be grateful for something in the shower.

There are times life inevitably gets in the way and exercise is the first thing to go, “but I’m very disciplined about making sure it doesn’t stay that way,” says Westaway, who was awarded an OAM for services to women’s health, fitness and charity in 2020.

“Just 10 minutes walking around the block can improve your mood. It’s the classic, if you don’t put your own oxygen mask on first you can’t help others.”