Home » Health News » ‘I knew teenage girls did it’: male eating disorders are on the rise 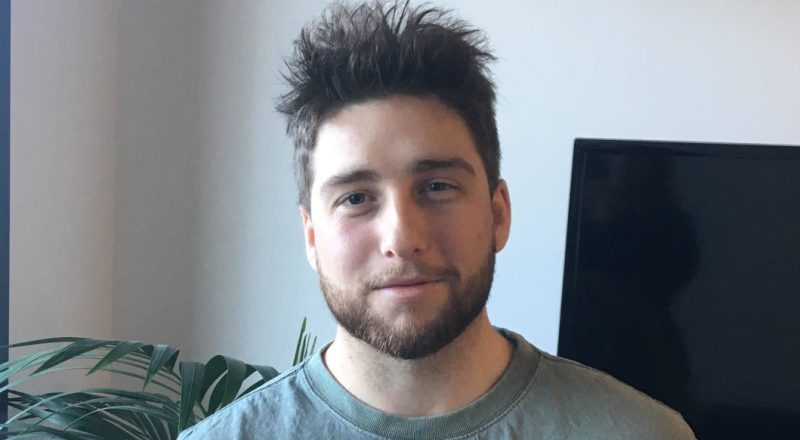 ‘I knew teenage girls did it’: male eating disorders are on the rise

Braiden Fitzsimmons was eight years old when he started to think he was “bigger” than his school friends.

The footy and basketball-loving boy from Geelong says he was never bullied about his weight, although he did cop the occasional "fat joke". At the age of 10 he started thinking he wanted to change his body.

“A lot of the other kids I played sport with were, to me, a lot slimmer and more in shape,"
he recalls. 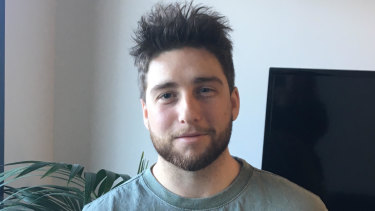 By the age of six, boys have already internalised cultural expectations about how they are meant to look, and expressed desires to be more muscular, Australian research published in 2018 found.

While eating disorders have traditionally been associated with women, boys and men are increasingly suffering body dissatisfaction at pathological levels.

According to the Butterfly Foundation, more than 360,000 Australian men are living with an eating disorder. Two-thirds of adolescent boys report making specific changes to their diet to gain muscle.

Research published last month found the prevalence of eating disorders globally has doubled in just under a decade.

Dr Scott Griffiths, a psychologist at the University of Melbourne and an expert on male eating disorders, says the number of men with eating disorders is rising “notably fast”.

“The prevalence of eating disorder behaviours is rising faster in men than in women so we will catch up eventually,” says Dr Griffiths, who was not involved with the study.

Eating disorders do not affect just one type of person, he stresses, and the different body image concerns expressed by men and women can lead to different unhealthy diets and exercise behaviours, including anabolic steroid use, or a “very restricted” diet that is “extremely heavy” in protein, and excessive exercise.

“Bigorexia”, as an obsession with building muscle is often called, is one manifestation. Anorexia nervosa and bulimia nervosa, of which 25 per cent of sufferers are male, is another.

“It’s not a problem unless it’s a problem,” says Dr Griffiths, who is raising awareness of the issue as a part of Men’s Health Week, which runs from June 10-16. “People can diet to be thin and muscular and be fine. But a substantial minority who are doing these things there is more than meets the eye and there is a lot going on psychologically.”

Dr Griffiths says a tendency toward perfectionism or being obsessive compulsive, previous trauma, and being bullied as a child are all contributing factors to eating disorders, while the "general environment of comparison" social media provides has exacerbated the problem. His own research, which is about be published, found scrolling through #fitspo and #thinspo images makes people “feel miserable” rather than inspired, but they “keep going back”.

For Braiden, the comparisons he made were between his body and those of his teammates. At 16, he started going to the gym more. He also vomited for the first time.

“I’m not 100 per cent sure where it came from. I knew young teenage girls did it… maybe that gave me that unconscious thought to do it.”

The bingeing and purging started as a way to control his weight and happened every few days.

“It was a high that I got from it,” the 24-year-old mental health worker says. “After a binge you tend to feel a lot of guilt and a lot of shame. The purging helped to release some of those emotions.”

Within a couple of years he was working out, and bingeing and purging several times a day. In public he tended to under-eat, only to binge when he was alone. At its worst, he felt like he was “living a double life”, wanting to keep it a secret and also wanting help but not knowing how to reach out for it.

Two years ago, Braiden tried to take his own life. He was referred to Headspace in Geelong where he received counselling for the anxiety and depression that he was also experiencing (common among people with eating disorders) and, later, eating cognitive behavioural therapy with a specialist psychologist.

When he looks back at his 16-year-old self he sees a teenager who was “very lost”.

“I wasn’t doing very well in school so I didn’t have career aspirations, I didn’t have any direction in life and eating disorders love control. It gave me a purpose and made me feel like I was doing something with my life even if it was super detrimental to my physical and mental health.”

Braiden admits he still has his struggles, but is “a lot more equipped” to deal with them now and the intensity and frequency has subsided. He also tries to focus on his body's function and “physical freedom" rather than its appearance.

“People do recover,” Dr Griffiths assures. “But, we have to decide what we value as a society. I think implicitly we value competence and kindness… We also implicitly value appearance a lot. [We need] to bring that implicit valuation of appearance out into the light of day so that we can collectively, explicitly start to devalue it.”