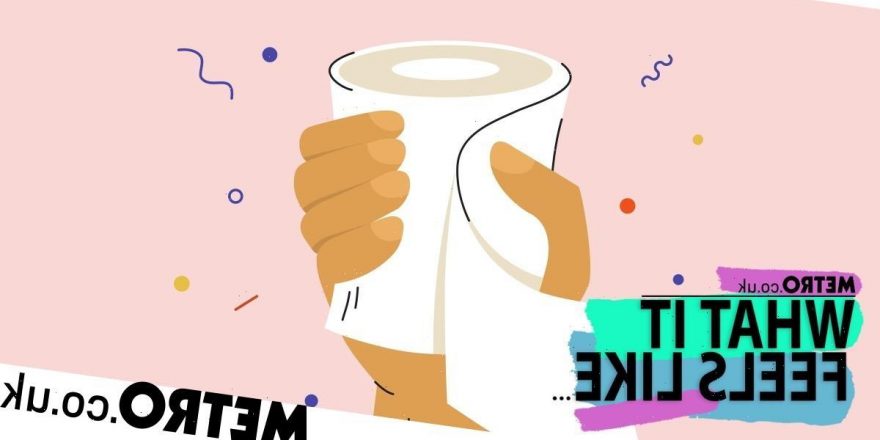 When I stepped off the train that day, I already knew I wasn’t going to make it.

As I ran to the nearest toilet and frantically tugged at the handle, a station guard approached me.

‘This toilet is for disabled people only,’ he noted, examining my apparent ableness.

By this point I was dancing in circles, my stomach clenching. ‘I have an autoimmune condition. Please let me in,’ I pleaded.

After scanning me once more, he hesitantly unlocked the door and I dove inside – but by that point it was too late. At 27 years old, I had soiled myself.

I burst into tears and changed my underwear, wondering what I would have done if I hadn’t brought a spare pair. Then, I cleaned myself up, walked the 20 minutes to my office, and continued with my day as if nothing had happened.

It was only when I got home, free from distractions and responsibilities, that the gravitas of the situation truly hit me.

How did I, a 20-something-year-old young professional, get here?

I was diagnosed with irritable bowel disease (IBD) when I was 18, a pivotal time full of excitement and change. I was heading to university, had finally been given the go-ahead to drink legally, and was enthusiastic about the future.

When I started seeing red blotches in my stool, I dismissed it as a burst blood vessel and continued with my late teenage-hood the way many did; drinking, partying, and eating copious amounts of microwave lasagnes.

It wasn’t until the stomach pains became so severe I couldn’t stand up that I knew something was seriously wrong.

After two weeks of being in hospital, the doctors identified the problem. I was one of 146,000 people in the UK with ulcerative colitis (UC), one of two forms of Irritable Bowel Disease. Symptoms included bloody diarrhoea, stomach pain, fatigue, weight loss and anaemia – everything that I was currently experiencing.

I was pumped full of fluids and given steroids to settle my flaring colon, but the biggest shock of all was discovering that this condition was incurable. To my 18-year-old self, it was unfathomable.

Adjusting to this sudden change, a life that now included a lifelong illness, was taxing. I spent my first year of university in utter denial, partying excessively and giving little to no attention to my diet. At one point, I brazenly stopped taking my medication, thinking I could manage my symptoms through sheer optimism.

Of course, this backfired, and I was sent hurtling back to A&E with another flare. 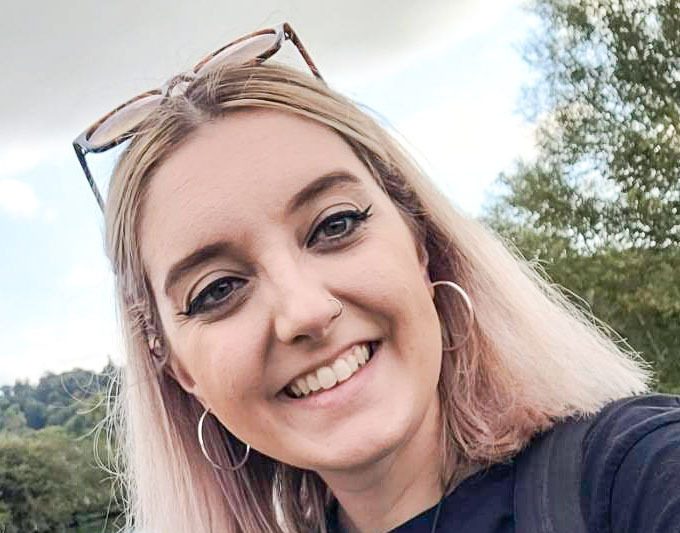 After that second hospital visit, my mental health suffered severely. For a long time, I kept my condition a secret from everyone I knew, conjuring up reasons for why I couldn’t drink alcohol or eat dairy.

Food poisoning, over-exhaustion from studying, the list was endless – I didn’t want anyone to know I was weak, helpless or vulnerable.

Socially, I began retreating; I’ve always been a ‘yes’ man. The life and soul of a social event, but I could no longer pretend like I was the person I used to be. I stopped answering my phone and rarely left my room.

My body felt alien to me; it was designed to give me life but instead it was assaulting me, and I couldn’t understand why. I felt a lack of control I had never experienced before – no matter what I did, ate or drank, I was still sick.

My friends began to question the authenticity of my excuses. Autoimmune and/or invisible illnesses are a confusing concept for many – one day, a person may appear perfectly well, the next they are in bed unable to function. A few even accused me of faking my condition, claiming I just needed an excuse to get out of social situations.

After years of punishing my body for attacking me, I began to understand that things need to change. Pretending I was OK was no longer an option; I tidied up my diet, began taking my medication on time and educated my loved ones on my condition.

They are now my biggest champions, supporting me through all the trials and tribulations that come with an autoimmune disease.

Initially they knew nothing of my condition, aside from the fact that it was stomach related. The details were always omitted; after all, who talks to their friends about poo?

I couldn’t find the words to tell them that all I was seeing in the toilet bowl was red. Eventually, I realised that they needed to know what I was going through so they could support me in the right way, even if that meant keeping an eye out for the loos when we went out, or making sure a hot water bottle was always on hand.

I’m also extremely lucky to have a partner who is tolerant, comforting and sympathetic to my condition. From the day I was diagnosed, she has supported every part of my journey; the experimental diets, the trial medications and their horrific side effects, as well as the mental aspects (mainly me crying on the bathroom floor wishing I didn’t exist).

It’s taken a very long time to sit comfortably with my UC – 13 years to be exact – but I have finally learned to accept that although it does not define my existence, it is very much a part of me and always will be. I used to despise talking about it for fear of being considered fragile or vulnerable but now I do it very openly, which has benefited the world around me in more ways than one.

Several friends have come to me experiencing IBD symptoms because of my willingness to discuss my condition. I have no qualms talking about poo, stomach aches or farts – these are regular bodily functions that have become stigmatised by society, and it’s time we have frank conversations about them.

When I read about the late Dame Deborah James’ bowel cancer story, I was struck by how easy it is to be misdiagnosed or dismiss symptoms of IBD as mere inconveniences. It’s terrifying to think that if I had ignored the red flags any longer, I would be in a far worse position than I am today.

Neglecting even the slightest irregularities in your bowel movements could result in polyps or ulcers turning cancerous – analysing your stool, as uncomfortable as it is, could be potentially lifesaving.

Though there is far more information out there now than there was when I was diagnosed, a lot more needs to be done – so many people still don’t recognise the terms ulcerative colitis and Crohn’s Disease, while many mix up IBS with IBD, assuming they are treated similarly.

I hope that by sparking discussions around these conditions, we are able to break the stigma around poo, but also offer sufferers the help and support they so desperately need.