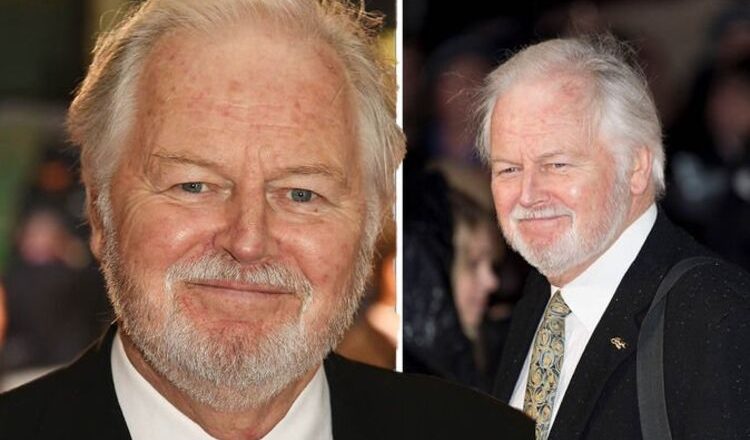 In 2018 it was announced that Lavender, 76, was leaving BBC soap EastEnders for good after coming down with sepsis. The star who appeared as Derek Harkinson from 2001 to 2005 with a brief return in 2016 announced that BBC bosses struggled to get the actor insured due to his dwindling health and therefore had to make the tough decision to let him go. Sepsis, although a potentially life-threatening condition is not the only health condition the star has faced over the years. In fact, a few years ago the star had a major heart attack and survived bladder cancer.

Speaking to the BBC about his heart attack back in 2005, Lavender opened up about the exact moment he knew something was “very, very wrong”.

Lavender said: “I was in the kitchen reading a script for the next day’s work on EastEnders.

“One moment I was perfectly fine and then within moments everything was different.

“I just knew there was something very, very wrong. All I can say is I have never felt so dreadfully ill, and all in a few seconds.

“I don’t remember being in pain except that my chest and arms felt heavy.”

After being taken to his local doctors it was confirmed by professionals that he was in fact suffering from a heart attack.

“I was given morphine, an ECG (electrocardiogram) and then ‘blue-lighted’ into the hospital and then I don’t remember much else,” Lavender added.

“I was surprised that I had a heart attack. I had not thought myself at risk.

“My mother had a minor heart attack, but that had been 30-35 years ago.

“And I used to be a smoker, but that was a long time ago, so in my mind that was not a risk factor.”

The NHS explains that heart attack is a serious medical emergency as the blood supply to the heart is suddenly blocked by a blood clot.

Symptoms of a heart attack can include:

While the most common symptom in both men and women is chest pain, women are more likely to have other symptoms such as shortness of breath, feeling or being sick and back or jaw pain.

The British Heart Foundation (BHF) advises that individuals who think they are having a heart attack should do the following:

Despite the frightening ordeal, Lavender went on to say that he was “extremely lucky” as he was able to have life-saving surgery almost immediately.

Lavender said: “Within five minutes there were three doctors and a nurse and our paramedic working on me.

“Then I was taken to West Suffolk Hospital and was in the cardiac care unit within half an hour, before being moved to Papworth Hospital in Cambridge for an angioplasty – where a small balloon was inserted to inflate an artery which has become partially blocked and narrowed, and two stents – which are used to hold open arteries.

The two main treatments for heart attacks include medication to dissolve blood clots, and surgery to help restore blood to the heart. Emergency treatment often involves either of the following:

Giving advice to others who might be at risk of a heart attack, Lavender warned: “Do look after yourselves, eat healthily and don’t take any risks. If you feel any chest pain, phone 999 and don’t wait until the damage has been done. The ambulance crews would much rather you called them and it was a false alarm, than you left it too late.”