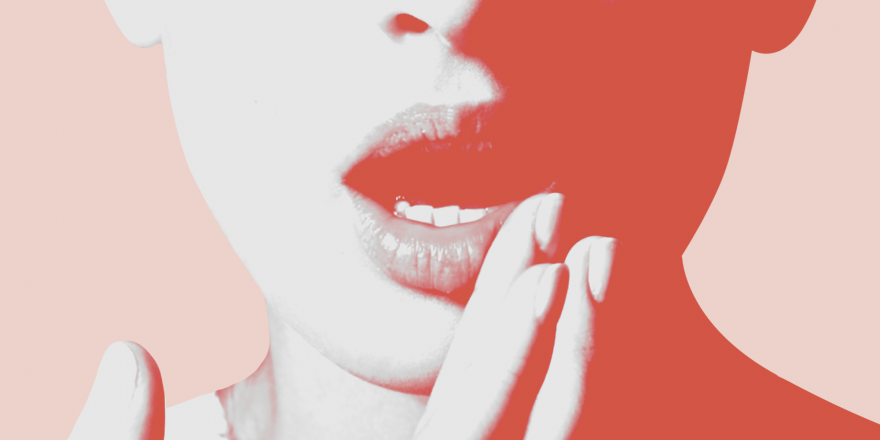 I have a patient, lets call her Lisa, who requested a herpes test even though she has no symptoms.

Her test came back positive, and now she wants to divorce her husband over it.

I see this a lot: People who have been married for years come in to the office, super-intent on getting their blood tested for herpes—even in the absence of symptoms. They just want to know they don’t have any STDs—not always because they’re concerned about cheating, but sometimes just for peace of mind.

Still, sometimes the herpes test comes back positive—as Lisa’s did. In which case, I always need to step in and say, “I strongly discourage you from killing your husband—at least in the name of this test result.”

First off, your partner may not have cheated.

False positives are a possibility with any test, but the U.S. Preventive Task Force reports some herpes tests may be wrong as often as half the time. Yes, half. That’s in part because the blood tests only detect antibodies to the virus, not the virus itself.

“Unlike some other STDs, there are no significant long-term health implications of herpes.”

The other option: You’ve had cold sores since you were a kid, and that’s why you have a positive herpes test. This is really important to understand. If you’ve had a cold sore, you’ve had the herpes virus, and your test will come back positive. That’s right: Mainstream blood tests don’t accurately distinguish between HSV-1 (usually cold sores) and HSV-2 (usually genital herpes).

Or, maybe it’s positive because you or your partner were intimate years ago with someone who has herpes and just never had symptoms, which brings me to my next point…

If you’ve got no symptoms, herpes is not a big deal.

Unlike some other STDs, there are no significant long-term health implications of herpes. Yes, breakouts can be painful, but compared to something like chlamydia (which can lead to pelvic pain, infertility, ectopic pregnancies, and other problems), gonorrhea, or HIV, herpes doesn’t have serious consequences if left untreated.

Sure, if you’ve got outbreaks, you can take daily medication to suppress the frequency and severity of your symptoms. But if you don’t have symptoms, there’s little reason to add an unnecessary medication to your routine.

That’s part of the reason why I don’t recommend herpes testing as part of a routine screening for low-risk patients (basically, everyone except those who have symptoms, multiple partners, HIV, or know that they’ve slept with someone with genital herpes)—and neither does the CDC.

Some patients get mad when I tell them this. But that’s often just because they don’t understand the science behind it. Part of my job is to try to explain that.

Herpes is very common—and not easy to spread.

The CDC estimates that between 2015 and 2016 nearly 50 percent of the population had HSV-1, which is typically associated with cold sores but can cause genital herpes through oral sex, and about 12 percent of the population had HSV-2, which is usually genital herpes. But if you’ve never had any herpes symptoms, you’re highly unlikely to spread the disease since it’s most likely to spread during an outbreak. And even when people know they have herpes, studies show that the knowledge doesn’t necessarily change their behavior. Meaning, if they were going to have unprotected sex anyway, knowing they have herpes won’t stop them.

That’s not to say I never recommend herpes testing.

People who have multiple partners, HIV, or are sex workers are considered high-risk by the CDC and should be routinely tested. If you have a one night stand and don’t know anything about your partner—maybe they have multiple partners—it’s not unreasonable to get testing done even if you don’t have symptoms, but you should know everything I said above still applies when you get your result.

“Maybe 10 years ago, herpes had more of a stigma, but today it’s as common as an abnormal pap smear.”

Pregnant women who have had outbreaks should also be tested so that they can take pills to reduce the risk of an outbreak during delivery. If a woman does have an outbreak around the time of labor, she’ll need a C-section because it’s dangerous for babies to be exposed to the virus. Still, there’s no need to get tested if you haven’t had an outbreak.

And of course, if you have genital lesions, get tested to confirm that it’s herpes. You’ll be treated right then with a pill for that outbreak and, if you never have another outbreak again, you won’t need any further treatment. If you have more frequent outbreaks, you can choose between a few medication regimens based on factors like your insurance.

Maybe 10 years ago, herpes had more of a stigma, but it’s so common—kind of like an abnormal pap smear—that doctors simply don’t see it as something to be treated. If somebody’s got high blood pressure, we give them medicine for their high blood pressure so it doesn’t get worse. If somebody’s got herpes, we give them medicine to keep them from having frequent herpes outbreaks. That’s it.

Basically, a herpes test is not going to change your life—as long as you don’t freak out and divorce your husband over it.

Dr. Rachel Rapkin is an ob-gyn and assistant professor at the University of South Florida College of Medicine.