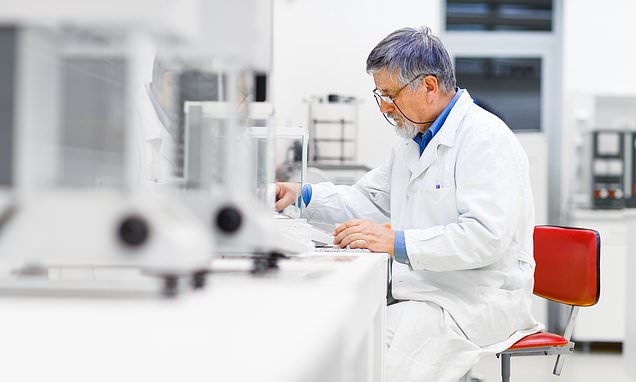 Implanting stem cells into the brain could stop epileptic seizures

Epileptic seizures could be halted by injecting stem cells into the brain, scientists claim.

Researchers have developed a new treatment, which involves converting skin cells into stem cells – which can turn into any type.

The converted stem cells, designed to dampen down the effects of seizures, are then implanted back into the brain. 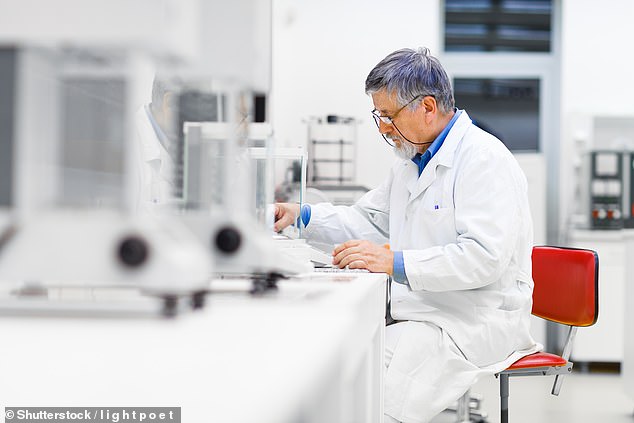 Epileptic seizures were reduced in tests by injecting stem cells into the brain, scientists at Texas A&M University have discovered in a study on rats

Tests showed that rodents had 70 per cent fewer seizures when given the treatment, compared to their counterparts who were not.

One in every 100 people in the UK have epilepsy, a neurological condition, and at least 1.2 per cent of the US population suffer.

People with epilepsy can have seizures, which are bursts of electrical activity in the brain that temporarily affect how it works.

Electrical activity is happening in the brain all the time, as networks of tiny brain cells communicate in a normal pattern.

WHAT IS THE HIPPOCAMPUS AND WHAT DID IT TEACH SCIENTISTS ABOUT EPILEPSY?

The hippocampus is located in the temporal lobe of the brain.

Humans have known about the hippocampus for more than four centuries, making it one of the most studied parts of the brain.

Its main functions involve human learning and memory. The hippocampus has even helped researchers learn how memory works.

In the 1950s, after his severe epilepsy did not respond to any other treatment, a young man known as Patient HM went in for brain surgery.

The part of his brain where his epileptic seizures seemed to come from was removed. This included both of his hippocampi.

He recovered from the surgery and his epilepsy was under control. But he had very serious memory problems. He could recall memories from his early childhood, but he could not remember much from the years leading up to his surgery.

More importantly, he had lost the ability to create new memories.

Similar problems develop when one hippocampus is damaged by illnesses such as Alzheimer’s disease, or hurt in an accident.

HM became an experimental subject for the rest of his life.

After his death in 2008, HM’s identity was revealed as Henry Molaison.

Thanks to the sacrifice of his memory and his willingness to participate in ongoing studies, researchers were able to greatly expand their understanding of memory, the brain, and brain disease.

Some of these cells excite other cells, while others inhibit them. Normally there is balance but during a seizure there are not enough inhibitory cells.

The scientists behind the study, at Texas A&M University, aimed to boost the number of inhibitory cell to try and combat seizures.

They injected rats with a chemical that triggered spontaneous seizures starting in the hippocampus – located in the middle part of the brain.

Dr Dinesh Upadhya and colleagues then implanted inhibitory brain cells into half of the rats and watched what happened.

Five months later, the rats were having up to 70 per cent fewer seizures, compared to the rats who did not have the treatment.

The implanted cells had survived in the hippocampus – a region usually associated with memory, dissections later showed.

Dr Ashok Shetty, who was an author in the study, told New Scientist the treatment could be suitable for people whose seizures start in the hippocampus.

Figures show up to seven out of ten people have their seizures controlled with the right anti-epileptic drugs.

Some patients undergo a temporal lobectomy, which removes a part of the anterior temporal lobe along with the amygdala and hippocampus.

It can lead to a significant reduction or complete seizure control in 70 to 80 per cent of cases, according to Epilepsy Research.

But emotions are at risk of being compromised when the hippocampus is taken out. Language and memory can also be affected, making it a last resort.

The new trial, published in the Proceedings of Natural Academy of Sciences, offers hope of another way to target seizures at their source.

Using a patient’s own skin cells would also mean the body is unlikely to reject the implanted stem cells, Dr Shetty said.

Although it is hopeful, it isn’t yet clear if the approach would give the same effect in humans and further medical trials are needed.

HOW DOES THE KETO DIET HELP EPILEPSY PATIENTS?

The ketogenic diet is a special high-fat, low-carbohydrate plan that is thought to help to control seizures in some people with epilepsy.

It forces the body to burn fat instead of carbohydrates for energy, which produces ketones.

It’s thought that having a high level of ketones in their blood helps reduce the amount and severity of their seizures. Doctors do not yet fully understand how or why this happens. 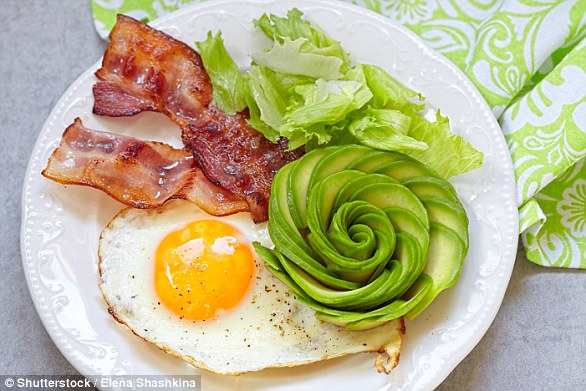 Researchers from Johns Hopkins University reported seizures stopped for 79 per cent of the patients on the diet, according to the paper published in the journal Neurology.

Meat, fish, poultry and eggs are all allowed, as are non-starchy vegetables and leafy greens. Dairy, organic, full-fat is recommended for keto diets.

It involves limiting added sugars and white, refined carbs and only a small amount of fruit is allowed.

Eating high carbs causes your body to produce glucose and insulin. Glucose is the easiest for your body to convert and use as energy so that it will be chosen over any other energy source, it is believed.

Insulin is produced to process the glucose in your bloodstream by taking it around the body. Since the glucose is being used as a primary energy, your fats are not needed and are therefore stored.

By lowering carb intake, the body is induced into a state known as ketosis, a natural process that helps us survive when food intake is low.

This makes us produce ketones, which are produced from the breakdown of fats in the liver.

The goal of the keto diet is to force your body into this metabolic state – essentially it’s a type of starvation but not of calories but carbohydrates.

However, experts say low-carb diets bring heart and cancer risks from eating too much fat and protein.