Home » Health News » Is It Ever Safe to Eat Raw Meat? 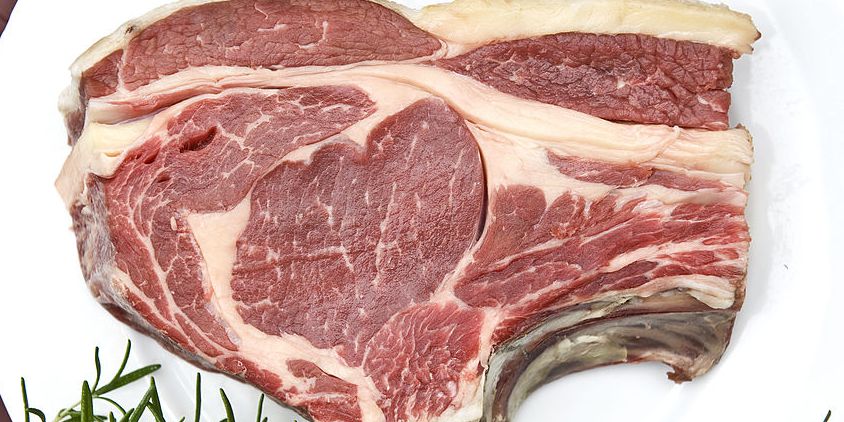 Is It Ever Safe to Eat Raw Meat?

We asked food safety expert Jeff Nelken about whether eating beef tartare or sashimi is all that dangerous.

“Considering that raw meat has all sorts of bacteria in it, you’re kind of playing Russian roulette,” he explains.

There’s a chance that bacteria like salmonella or E. coli are lurking in your package of sirloin or chicken. Although food production companies have processes to keep their facilities clean, bacteria can be transferred into your future dinner at any point in the production process.

“You don’t know how the meat was handled,” says Nelken. “There are a lot of questions.”

Many people incorrectly believe that chicken is the only meat that’s unsafe raw, says Nelken. In reality, poultry may be more likely to contain salmonella, but pork and beef pose a greater risk of carrying e. coli, he says. People who develop food poisoning from bacteria may experience bloody diarrhea, stomach cramps, and vomiting for upwards of a week.

Most people will recover after seven days. In severe cases, e. coli can prevent your kidneys from functioning normally and result in kidney failure. However, this is extremely rare in the average healthy adult, says Nelken.

Some people think a juicy rare steak is worth the risk. Nelken advises against taking a DIY approach to preparing raw meat. Instead, dine at restaurants with good reputations and stellar health deparrtment reports. He also recommends visiting IWasPoisoned.com, a website that collects consumers’ reports of food poisoning.

When it comes to beef, you may want to opt for a rare steak over an undercooked burger. Grinding can spread bacteria on the surface of the meat throughout the entire product, says Nelken.

And there is one raw food that Nelken strictly advises against consuming.