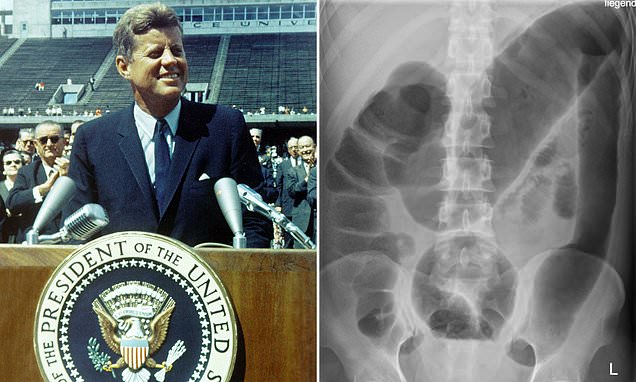 Sufferers of the debilitating bowel disease ulcerative colitis could soon benefit from a breakthrough jab originally designed to treat the skin problem psoriasis.

A major trial has shown that regular injections of mirikizumab eradicated symptoms in one in four patients after just three months, including stomach pain and the urgent need to go to the toilet.

Experts have also suggested the results are long-lasting, with patients who are given just a once-a-month maintenance dose still clear of problems after a year. 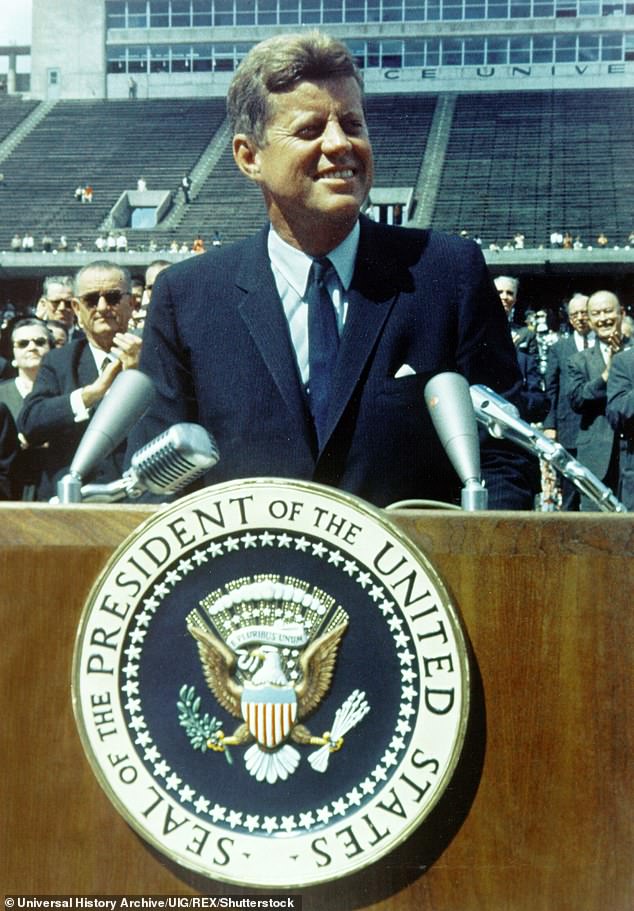 President John F Kennedy, pictured, suffered from ulcerative colitis which is caused when the immune system attacks the lining of the bowel or colon 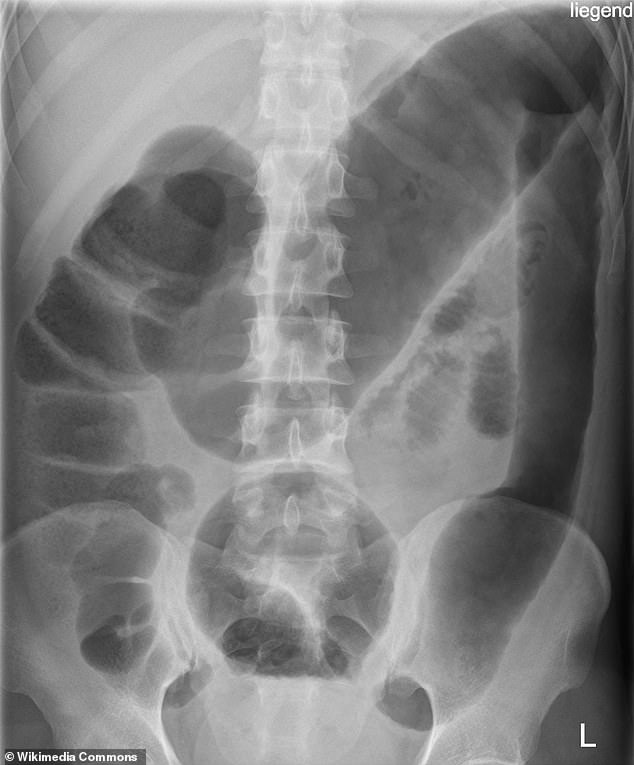 A new treatment could help one in four of the 146,000 Britons who are affected by the condition

Ulcerative colitis occurs when, for reasons not fully understood, the immune system attacks healthy body tissue in the lining of the large bowel, or colon, causing inflammation and ulcers.

It affects roughly 146,000 people in the UK, but experts suggest many more could be undiagnosed and that as many as one in ten over-50s may have some form of the disease. Often the only symptom is diarrhoea, which is easily mistaken for irritable bowel syndrome.

Mirikizumab belongs to a group of drugs known as monoclonal antibodies that block the activity of a protein in the body called interleukin-23, which triggers inflammation. Similar drugs are used to treat psoriasis, where inflammation damages the skin and causes a build-up of rough and itchy red patches.

It was initially hoped mirikizumab would provide another treatment for psoriasis patients. However, after its success in treating ulcerative colitis was discovered in trials, US manufacturer Eli Lilly switched focus to the bowel disease.

One of the first to benefit from mirikizumab is retired insurance worker Patricia Roche, who said the drug has changed her life. She added: ‘I have to pinch myself – to think of how I used to be and how I am now, it’s unreal.’

The married 66-year-old from East London had suffered debilitating problems since being diagnosed in 2006. At its worst, she was rushing to the toilet up to 40 times a day. Her condition became so severe that she was regularly hospitalised, and treatment failed to provide any lasting relief. But within a week of her first dose of mirikizumab, she began to notice a difference, and today she is completely recovered.

Patricia said: ‘I felt so restricted before. I’d need to go to the toilet without warning, so travelling was impossible. I’d tried so many other treatments without success so I didn’t hold out much hope for the trial. But I was desperate, and the next step was surgery to remove part of my bowel.

‘The drug began to work within a week. I was able to visit my niece, who lives on the other side of London, which I thought I’d never be able to do. My problems have been under control ever since. I have an injection in hospital once every four weeks, and that’s it.’

Gastroenterologist Dr Sami Hoque, who is running the UK arm of the mirikizumab trial, said the drug’s effect is remarkable, adding: ‘We have eight patients who were suffering severe colitis, and all are now doing well.’

There can be months without symptoms followed by periods where problems are particularly troublesome. During these flare-ups, some people with ulcerative colitis also experience painful joints, mouth ulcers and irritated red eyes. In the most severe cases, when patients may need to empty their bowels more than six times a day, they may also suffer shortness of breath, palpitations and a fever.

In most patients, no specific trigger for flare-ups can be identified, although a gut infection can occasionally be the cause. Stress is also thought to be a potential factor.

If colitis is suspected, the first step by doctors is a stool sample test to see if a protein called calprotectin is present – a sign of inflammation in the gut. If there’s a positive result, a gastroenterologist will conduct further tests to look for physical signs of damage. This usually involves a colonoscopy, in which a camera is inserted into the rectum and samples of the tissue are cut away for testing.

Other options include powerful steroids that dampen inflammation but carry unpleasant side effects such as acne, weight gain and mood changes, or drugs that suppress the immune system, which can leave patients vulnerable to infections. If these options fail, as it happens in 15 per cent of cases, surgery to remove the bowel may be the only option.

Over the past decade, a number of drugs have been developed that have offered patients hope. These include biological drugs that block chemical messages which cause the immune system to attack the gut. However, these work in only a third of cases, some cause severe side effects and they lose effectiveness over time.

The new data on mirikizumab comes from a study involving 1,162 patients. It found that 24 per cent of those treated with it were in remission at 12 weeks – meaning that inflammation of the colon was controlled or resolved completely. Urgently needing the toilet and bleeding had disappeared completely in almost half of patients on the drug. No serious side effects were reported.

Experts hope mirikizumab will also help sufferers of the inflammatory bowel disease Crohn’s, which affects almost 120,000 people in the UK.

Dr Hoque, who is a consultant gastroenterologist at Whipps Cross Hospital in London, said: ‘Surgical removal of the colon can solve the problem in colitis patients, but in Crohn’s disease the problem can come back elsewhere in the gut.

‘It’s hugely frustrating for patients, and at our clinics we always offer psychological support as it can be difficult to cope with. To know we will soon have something new to offer is really good news.’