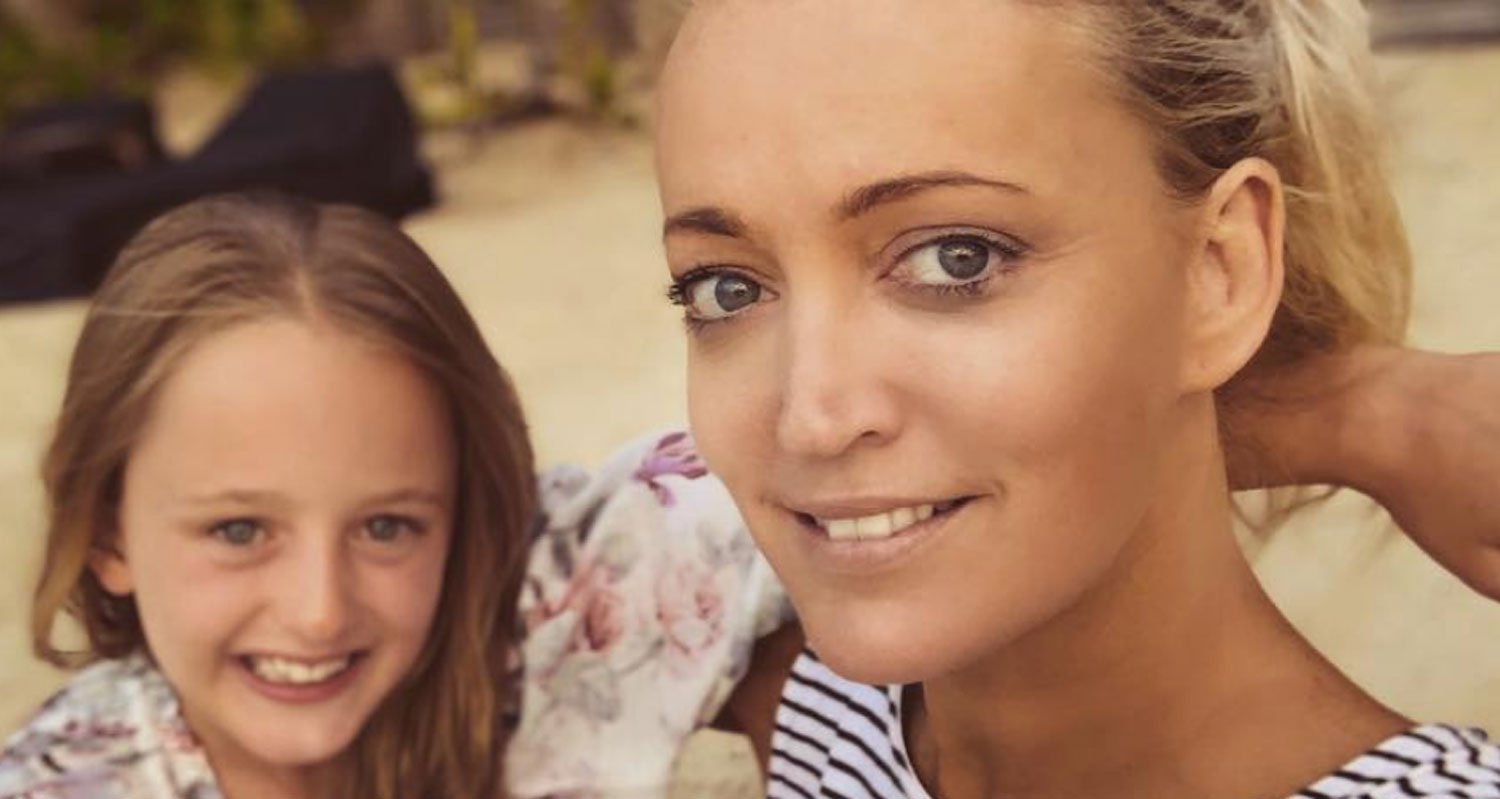 Via her Instagram stories, the 43-year-old radio host has confirmed that the large abrasion on her forehead – which first sparked concerns when she was snapped on holiday in Port Stephens recently – is the result of having a skin cancer removed.

Posing with her daughter Kitty, she captioned a selfie, “Don’t let our kids make the same mistakes. Slip, slop, slap.”

Jackie, who has never made it a secret that she regularly hit the beach in her teens, told her co-host Kyle Sandilands she had been diagnosed with the condition back in September and would eventually need it removed.

“The worst part is that you could [usually] cover it with hair like I could do a swooping [fringe] – you know, like I usually do with my hair. But exactly where the scar is, that’s where my cowlick is, so it always separates. So it’s like a little curtain opening. I can’t even hide it with hair.”

Because of her family history, Jackie gets checked for skin cancer every six months and has had “heaps cut out” in the past.

“But they’re always in places you don’t see. They’re harmless ones, they’re not the deadly ones,” she admitted. “I had one just below the collarbone that took eight months [to heal.] It was quite a red scar.”

She has previously waxed lyrical to listeners about the importance of getting regular skin checks and is now advocating for parents to teach their kids how to be sunsmart. And considering that approximately 6,790 women develop melanoma each year in Australia alone, we can only hope her warning doesn’t fall on deaf ears.

Thanks for the reminder, Jackie.