Home » Health News » Lea Michele Learned She Has PCOS — Polycystic Ovary Syndrome: ‘The Side Effects Can Be Brutal’ 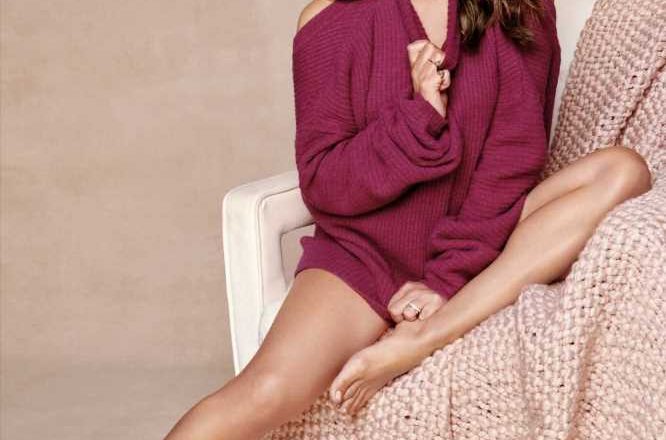 Lea Michele Learned She Has PCOS — Polycystic Ovary Syndrome: ‘The Side Effects Can Be Brutal’

As Lea Michele neared her 30th birthday, she suddenly found herself struggling with persistent acne and a fluctuating weight. After searching for answers, the actress learned that she has PCOS, or polycystic ovary syndrome.

Michele, 33, said that she starting experiencing symptoms of PCOS — a hormone imbalance that affects 1 in 10 women of childbearing age — soon after she finished filming Glee, and struggled with the body changes.

“The side effects can be brutal — like weight gain and bad skin,” she told Health for its October cover.

Michele said she felt like a teenager again, and doctors couldn’t explain what was happening to her body.

“Growing up, I had terrible skin. I went on Accutane three times. I was put on every medication that you could imagine to help my skin. Luckily, birth control was a savior for me when I was in my teens. And then when I was in my late 20s, I realized I wanted to detox my body of all medications. That’s when everything happened — the return to bad skin and, this time, weight gain,” she said. “I didn’t know what was going on.”

The Scream Queens star said that she didn’t want to go on more medication, but that was the only thing doctors were suggesting as they searched for a diagnosis.

“All people wanted to do was give me more medication,” she said. “I don’t shun people for needing or wanting to take medication, but for me, I knew something wasn’t right. I just felt medication wasn’t going to be the final cure.”

Michele kept searching for a doctor, eventually finding someone who recognized her symptoms.

“I went to a great doctor, and the minute she looked at me, she was like, “Oh, you have PCOS.” It explained everything,” Michele said. “Through diet, I have been able to manage it. But I am very fortunate. There are way more extreme versions of PCOS that women have a lot of difficulty with — mine is not as intense. Which is why I haven’t really talked about it, because there are women who have it so much more intense.”

Michele was raised on her mom’s Italian food — “big Sunday dinners with pasta and meatballs” — and loved her “carb-heavy” New York childhood, but she now focuses on plant-based meals.

“Now, I feel like I am at the healthiest place in my entire life,” she said. “It’s not that I’m the thinnest, because I’m not the thinnest I’ve been. But when I was the thinnest, I was not being the healthiest. I’m definitely the most mentally, physically, and spiritually sound that I’ve ever been.”