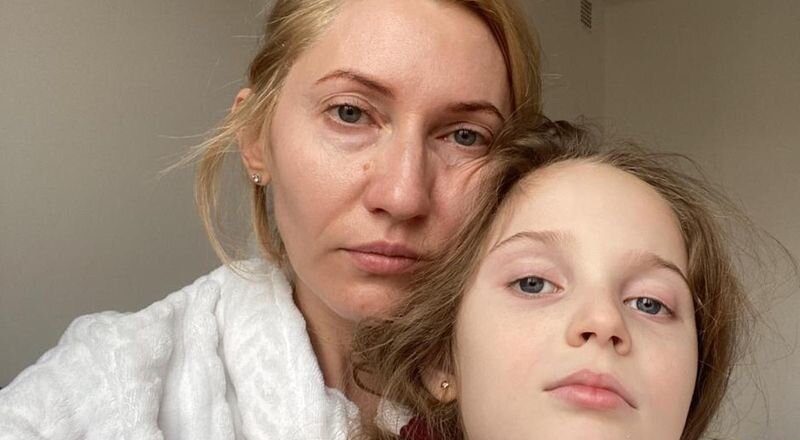 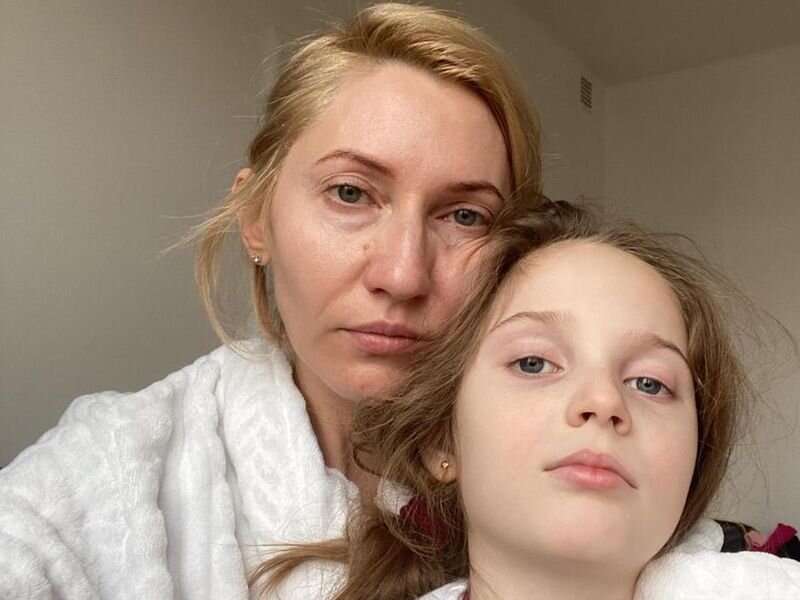 Since Russia invaded Ukraine, millions have fled their homes and sought refuge wherever they could find it.

Each individual story is intensely personal, but mental health experts warn of a refugee crisis that risks leaving a nation of 43 million with deep psychological scars for years to come.

Marina, from Kyiv, now counts herself among the displaced.

“Today, I would only like to have a bit of calm,” she said.

At 5 a.m. on Feb. 24, the beauty salon owner’s world of pedicures, manicures, massages and cosmetics suddenly gave way to rattling windows and explosions. Russia had begun its attack, lobbing missiles at her doorstep. Marina, who has asked to use her first name only, has been in non-stop survival mode ever since.

“We live on the 21st floor,” the 40-year-old explained. “We could see it all happening. This was the first hours of the war, and everyone, the whole city, was in a panic.”

With their 9-year-old daughter Liza looking on, she and her 38-year-old husband, Artëm, pondered previously unfathomable choices. “Are we going, are we not going? What to take, what not to take? We grabbed just one suitcase, and I called my mother,” Marina said.

“Finally, I said: ‘We have to run!’ And we were very, very lucky, because my husband had already filled the car tank up with gas,” she added.

Her 72-year-old mother in tow, Marina’s family drove west, through traffic jams, constant bombardments and “the awful sound” of wailing air-raid sirens. Yet nothing deterred them, including COVID-19.

As they fled, Marina was still fighting her second bout with the coronavirus, despite being fully vaccinated. “Everyone got it, all of us, the whole family, about a week before the war began. But that morning, we just didn’t think about it. We couldn’t,” she said.

A journey that typically took 7 hours took 14 instead. First stop: a small countryside village outside the city of Lviv. Three days later, they moved briefly to a village at the Slovakian border, before they made an overnight dash to join a mass exodus at the Hungarian border.

Leaving her husband at the border

Once there, relief turned to anguish. At the last of three exit checkpoints, Ukrainian border guards prevented Artëm from crossing. Why? A newly imposed martial law banning all men between the ages of 18 and 60 from leaving the country.

But the law has exceptions, Marina pleaded. “If you have three kids, or you’re the only parent, or if you have a disabled child, and our daughter is disabled.”

Born with a severe leg curvature, Marina and Artëm were first told that Liza would never walk. But years of therapy helped her beat the odds. Today, Liza is mobile, but her mobility remains impeded by a combination of scoliosis, a hip joint malformation, “flat feet” and a left leg that is nearly two inches shorter than the other.

But the guards were unmovable. And after her husband was threatened with jail, they had no choice but to give up. “They were awful, awful,” she said. “I didn’t even have time to hug my husband goodbye.”

Marina has not been the only Ukrainian woman to have to bid farewell to her husband at the border.

“Thousands of times now—at the train station, at the borders—I’ve seen husbands and wives in a final embrace,” said James Elder, a Lviv-based spokesperson for UNICEF. “Dads kneeling down to explain to their kids that they’re not coming with them.”

Ukrainians are not alone in this fate.

“Most people affected by humanitarian emergencies will experience signs of distress,” said Inka Weissbecker, a mental health and substance abuse officer with the World Health Organization in Geneva. Depending on the individual, that can register as anxiety, sadness, hopelessness, insomnia, fatigue, irritability, anger, or even aches and pains.

Support from family and friends can help limit the risk for developing far worse psychiatric trouble, Weissbecker added. Serious mental illness is not an inevitability, she stressed, as long as refugees can get access to a safe living environment, needed health services, education, jobs and social assistance.

Still, certain refugee groups are particularly vulnerable, Weissbecker noted. For children, even “losing their usual routines at home and at school can disrupt cognitive, emotional, social and physical development,” she said. But more than children suffer. Among adults, people with a history of alcohol or drug abuse may struggle to keep their addiction in check, and patients battling mental illness face deterioration or relapse as medications and therapy suddenly end.

Kyiv psychiatrist Dr. Volodymyr Pohorilyi said he’s already lost contact with all of his patients, though the war ensures there’s no shortage of new ones waiting for his help.

“On average, I used to have three to four clients per day,” he said. The war put an end to that, if for no other reason than because—like Marina—Pohorilyi and his wife have also fled with their 8-year-old son and 19-year-old daughter.

Unlike Marina, Pohorilyi has remained in Ukraine. He now counts himself among Ukraine’s millions of internally displaced.

He and his wife, who’s also a therapist, have made it to Ivano-Frankivsk, a small Ukrainian city about 375 miles west of Kyiv. There he has volunteered to treat incoming refugees, those involved in actual combat, and anyone else who needs it.

“When a client comes to a therapist for help, the latter has to be resilient and capable of witnessing various emotions,” explained Pohorilyi, former head of Kyiv’s School of Psychotherapy. “But this was the first time I cried with my client.”

One traumatized patient recounted his ordeal driving directly into an airstrike while escaping Kyiv. Several have told tales from the front lines in Kharkiv, a city of almost 1.5 million that has been destroyed by constant Russian bombardments.

“Their houses were destroyed by heavy fire,” said Pohorilyi. “Those people couldn’t talk, they just cried. After every sentence or two, they’d break down to tears. It was overwhelmingly hard to observe in the therapeutic setting.”

For now, the biggest issues are exhaustion and anxiety, he noted. “Depression is possible. However, it needs time to develop. I’d say we’ll see more of it in two to three weeks from now. If people receive news about their family members being murdered in the war, or their house being destroyed, they will be more inclined to have depression. At this stage, it is significant anxiety.”

And then there’s the guilt for leaving, for surviving.

As for Marina, her family has now recovered from COVID-19, and she is no longer in physical danger.

Safe in Poland, but still adrift

Along with her daughter and mother, Alexandrea, Marina made her way to Krakow, Poland, where she found her “guardian angel” in the form of Polish refugee volunteer Joanna Wendorff.

“We are mobilized and motivated,” said Wendorff, a Krakow-based project manager for CISCO. “And Marina is my responsibility.”

Wendorff says that in Poland—which has known its share of the brutalities of war—the influx of a million-plus Ukrainians following the Russian invasion has touched everyone she knows.

“I’m not sure whether somewhere deep down in our subconscious we are afraid it will happen in Poland, so we need to do something, or else it would happen here, or if it’s instinctive. That we need to help our friend, our brothers,” she said. “But I think Poland—which is normally a pretty divided place—feels united now. We feel we cannot do otherwise. We cannot just sit and cry. We have to do something. It’s a light in the middle of the darkness.”

Wendorff has already found Marina and her family a temporary free apartment in Krakow. It was donated by the owner, who currently lives in Belgium. “And I created a post on Facebook with a list of things that I needed. Within two hours, I had everything: a new fridge, a mixer, stuff for cooking, within hours.” Now she’s helping with the basics: opening a bank account; finding a school for Liza; setting up a phone.

Her husband remains behind in Ukraine, his family name withheld while his future remains uncertain.

“How will I continue living here, because this apartment we’re in is only for one and a half months. So, I don’t know what will be next. And what about my husband? What about my mother? I will start learning Polish. But… I’m tired,” she said.

The truth is Marina’s new life as a refugee has only just begun.