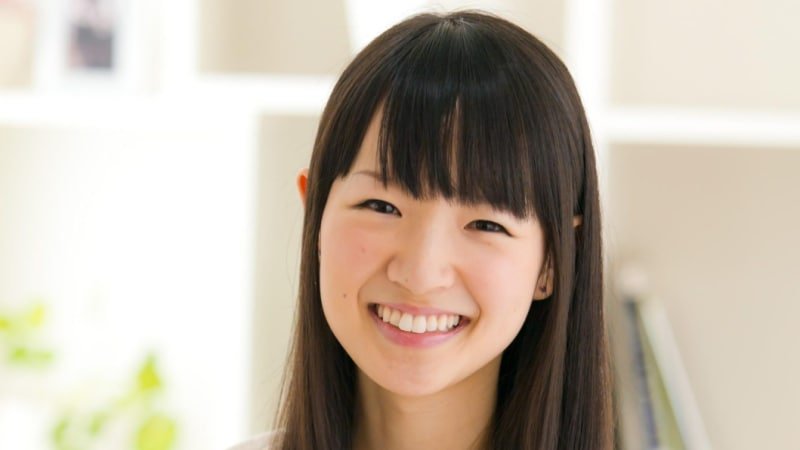 For the past four yearsMarie Kondo, a professional organiser from Japan, has been on the march.

She penned two publishing juggernaut books that occupied slots one and two on The New York Times best-seller list, simultaneously. She was named one of Time magazine's 100 Most Influential People. 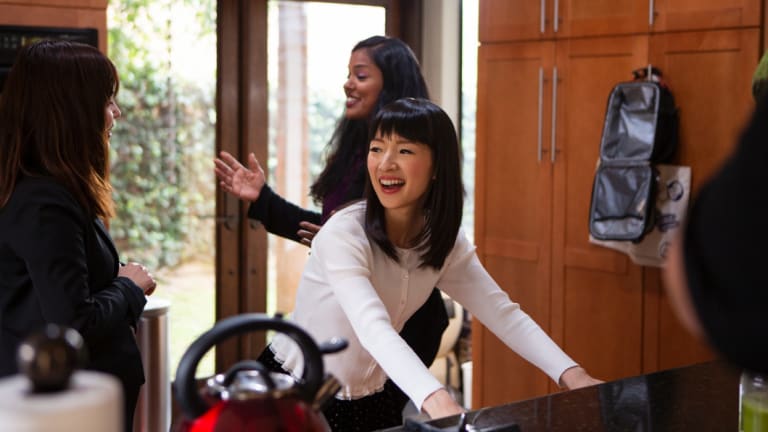 An odd list of almost-relevant celebrities professed their love for her. She arrived at cultural phenom status by telling people how to clean up.

And now she's in your living room.

Netflix has delivered Kondo and her KonMari method to our digital doorsteps, dropping an eight-episode season of "Tidying Up With Marie Kondo".

It's a US version of her reality show, which follows along as she visits messy, cluttered houses and makes them neat again, all while maintaining a perfect, omnipresent smile and her preternaturally crisp, trademark bangs.

She definitely timed it right – January is when many of us think about how we manage our stuff, having accumulated more of it during the preceding holiday season. Clutter is also a legitimate source of stress. Any potential relief – like a supernaturally calm neatness guru – is almost irresistible.

Princeton scientists have shown that cluttered environments have an impact on the brain's ability to focus, and affect working memory. At the University of California, Los Angeles, research on family life showed that the stress hormones of mothers spiked whenever they had to deal with the family's possessions. Yale researchers documented a spike in brain activity that points to genuine psychological pain when people are asked to part with possessions – in hoarders, it's akin to the pain of drug withdrawal.

Yet Kondo falls short in addressing the psychological implications of clutter, even though there is definitely cause to examine some of the behaviour demonstrated on her show. The borderline-unlikeable couple in the first episode spar in an uncomfortable way, while the ever-smiling Kondo urges them to talk to their clothes. How about talking to a therapist? Cleaning up, while it has great psychological benefits, is unlikely to solve underlying issues – the unexamined mound of trashy possessions is hardly worth throwing out while the angst is still piling up.

Not making us feel bad about our messes is a huge part of her appeal and hits at the basic truth that no one can learn our lessons for us. What doesn't seem necessary is the pseudo-ritual she's concocted to go along with cleaning, which involves holding each item to see if it brings you a "zing!" of joy (Kondo is at her most animated when describing this zing), then thanking each holey sock and sprung-elastic bathing suit before consigning them to rapidly filling garbage bags.

I'm all for gratitude, and I get the notion of revisiting the memory of the great concert you went to as you are bidding fond farewell to the ragged concert T-shirt. Applying that to every item you own seems like a little bit of magical thinking that is bound to ring false when you're looking at your 25th pair of pilled, black underwear. And it's likely to make your cleanup take seven times longer than it needs to.

Kondo's theories also hit a snag when it comes to her main sorting criteria. "Does this item spark joy?" is an OK question to ask, but there's also "does this item replicate the 2000 other Christmas nutcrackers in our rumpus room?" and "does this item represent the tipping point into insanity?"

Kondo nods at the idea that we'd all be better off with less stuff, but she's most intent on building in a way to let ourselves off the hook when we hang on to too much – leaving us to wonder whether some of her subjects are headed for a serious relapse into clutter. (I'd bet on it.)

Bottom line: mindlessly surrounding ourselves with more stuff is bad. But you don't need Kondo to break the habit and get your place cleaned up. If you want to watch her tiptoe around messy houses as a way to ease into a cleanup of your own, I won't deny you. If you'd rather just get started, here's all you really need to know:

• Break down the task. Kondo's real magic is in creating a basic order to do things in. Pick one category of stuff at a time, look at what you have, and start sorting.

• "Do I use this item, and/or do I love it?" are still the best criteria for choosing what to keep and what to get rid of. You can skip thanking your old socks if you want to.

• You don't need to feel guilty about accumulating things, or getting rid of them. Let all that, and the stuff, go. It's healthy on every front. If you notice some other issues cropping up as you clean, consider tackling those with a therapist.

• Organizing is not hard. Group things by categories, and make sure the most-used items are stored in the most-accessible places, close to where you use them.

• Any Gap employee can fold a T-shirt. Kondo's "origami-like" folding has been much discussed, but any folding style that works for you is good. Just choose a method, and stick to it. You want something really over-the-top, try this.

• Maintaining a house is everyone's job. Make your family the owners of the organizational system, not just the beneficiaries – participation and understanding are key.