Home » Health News » Meet the New Biggest Loser Trainers — Including One Who Lost 160 Lbs. Herself! 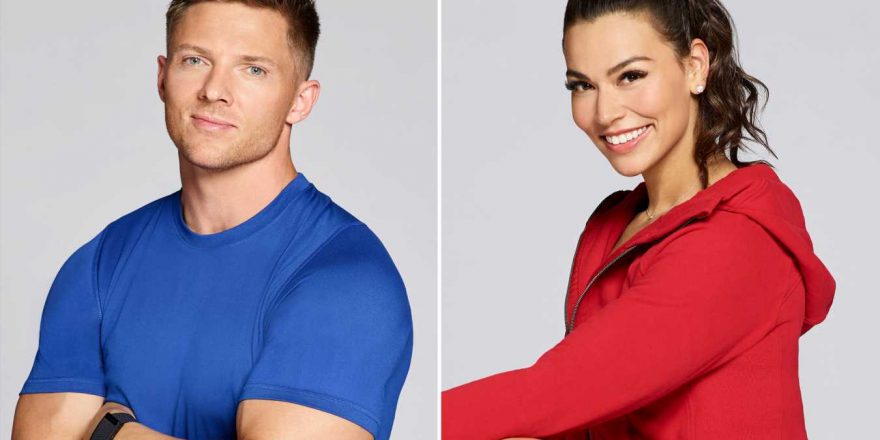 Meet the New Biggest Loser Trainers — Including One Who Lost 160 Lbs. Herself!

Move over Bob Harper: there are two new Biggest Loser trainers in town.

For the rebooted version of the show, airing on USA in 2020, trainers Erica Lugo and Steve Cook are coming on board to work with the 12 contestants.

Lugo — who lost 160 lbs. herself — and Cook will head up the two teams and do everything from training them in the gym to supporting them mentally.

The pair, who both do a significant amount of online coaching, say they decided to join the show to help people in-person.

“We have so many online clients and you forget how nice it is to actually work with somebody and get to know them and have them train right before your eyes and transform,” Cook tells PEOPLE. “You get to see people every day, their highs and their lows, and it feels like a family in there. That’s pretty rewarding and something you can’t get on social media these days.”

For Lugo, she found she immediately connected with the contestants because of her own weight loss.

“They just trust me because I was there,” she says. “I know when they’re crying during a burpee, I’ve been there. I’ve cried the same tears.”

Lugo and Cook work with the contestants for about six hours a day, and prioritize weight and circuit training.

“We love circuit training, we like HIIT training and we like Tabata-style workouts,” Lugo says. “I just try to simplify it for them because they’re eventually going to be away from us and we want to make sure they can implement these workouts on their own.”

“Ultimately, you want to leave them with the tools so that they can go do it themselves,” Cook agrees. “Four days a week we’re in the gym doing some kind of weight training, but there’s only so much high impact stuff you can do with people, especially if they’re coming from a de-conditioned state. So sometimes we just go out and walk for two hours. That’s already better than what they were doing at home.”

And Cook says the show has shifted in how they approach weight loss, a concern after a long-term study found that contestants on the former version irreparably damaged their metabolisms.

“There has been such an emphasis placed on the holistic,” he says. “It’s really this 360-degree approach — mentally and physically. We make sure were doing this in a healthy way first and foremost.”