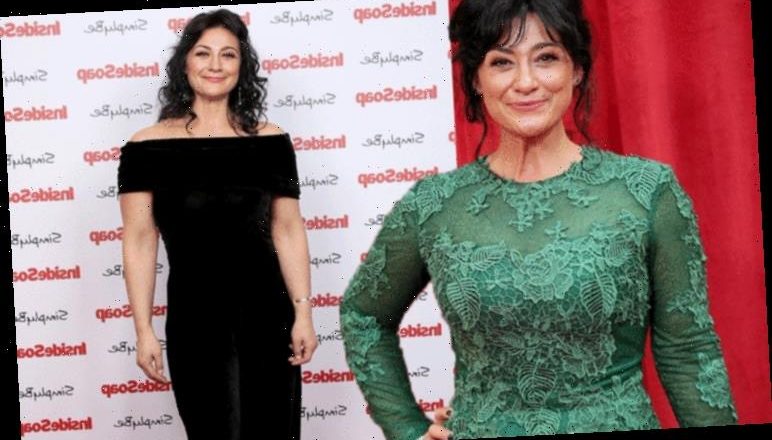 Natalie Joy Robb, 44, is known for her portrayal of Moira Barton in the ITV soap opera Emmerdale – a character that has caused a stir in the small village after it was recently revealed that she has been cheating on her husband Cain Dingle.

Further adding to the drama, Natalie recently revealed she had sustained an injury while shooting a scene depicting the love affair.

Speaking to stand-in host Christine Lampard on the Lorraine show, she said: “I fractured my pinky toe, my little toe, while we were filming the love scenes in the caravan.”

According to the NHS, a broken toe can be painful but doesn’t usually require hospital attention, and there are things a person can do to treat it at home.

To determine the best course of treatment, it is important to first check if you have a bruised or broken toe, although treatment is usually the same for both, explains the health body.

You may have broken your toe if it’s:

To alleviate the pain, the health body recommends trying the following:

Take ibuprofen and paracetamol for the pain and swelling

Rest the foot and keep it raised

“They may send you for an X-ray to see if you need any further treatment,” explained the health site.

Speaking on the Lorraine show, the Emmerdale star said she continued filming the scene in spite of her injury.

This is not the first time the soap star has sustained an injury while filming, as the actress previously revealed she suffered bruises to her ribs after the first night of filming scenes with then on-screen husband James Thornton, back in 2012.

Speaking to the Daily Record at the time, Natalie explained that parts of the Land Rover were filmed inside a moving set piece to simulate the effect of the crash.

The contraption caused her injury, as she explained: “It went too slow for me. I wanted it to go faster. I love the waltzer.

“James wasn’t so keen on it though.

“When you let the harness go it starts to crush you a little bit and felt claustrophobic.

“After the first night I had bruises on my rib cage, so they added padding.”

Natalie added: “It was spooky to shoot because it was on the moors, dark and the weather was terrible. It gave a really uneasy sense of reality to the whole thing.”

As the NHS explains, broken or bruised ribs are usually caused by a fall, a blow to the chest or severe coughing.

The health site said: “Ribs cannot be easily splinted or supported like other bones, so they’re usually left to heal naturally. There’s often no need for an X-ray.”

Broken or bruised ribs usually get better by themselves within three to six weeks, although there are precautions people can take to ease pain and speed up healing.

The NHS recommends the following:

As the health body warns, certain steps may disrupt the healing process and worsen the condition, so avoid the following:

Additional medical advice and treatment may be required if pain has not improved within a few weeks, you’re coughing up yellow or green mucus or you have a very high temperature or you feel hot and shivery, explains the health body.

It said: “You might need stronger painkillers or have a chest infection that needs antibiotics.

“111 will tell you what to do. They can arrange a phone call from a nurse or doctor if you need one.”

How to tell if the condition is serious

Certain symptoms may signify a broken a rib has damaged another part of the body, such as your lung, liver or spleen, says the NHS.