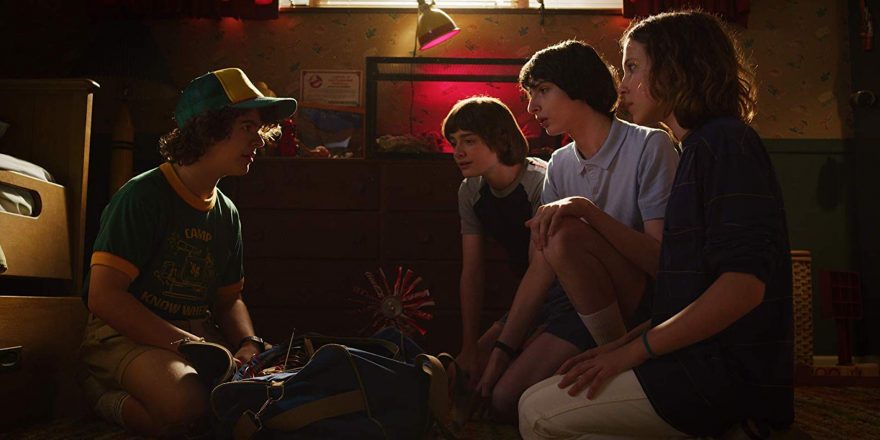 New Coke Is Making a Comeback Thanks to 'Stranger Things'

When most of us think of Stranger Things, we think of waffles. Well, that and Demigods, Demigorgons, Demodogs, Dungeons & Dragons and Dart. (R.I.P. Dart.) And while most of these things will be returning in the upcoming season of Stranger Things, they are not the only things making a comeback. New Coke is being rereleased —  and no, this is not the Upside Down.

The release is part of a collaboration between Netflix and Coca-Cola, as the latest season of Stranger Things is set in 1985 —the year New Coke made its now-infamous debut. And while the 1980s beverage was an epic fail a few decades ago, Stuart Kronauge, president of Coke’s sparkling business unit and senior vice president of marketing for Coca-Cola North America, told CNN the reason for the products return is a way for the company to “not take ourselves [themselves] too seriously.”

That said, it wasn’t easy to recreate New Coke. Kronauge told CNN the company had to reach deep into their archives to get both the taste and design right. But the partnership was essential. “Buying a 30-second ad to drop into a certain time-frame is not as valuable as it once was,” Kronauge said, as “the world is changing into streaming and non-ad platforms and subscription-based platforms. So it’s important for us to make sure that we are where our consumers’ eyeballs and hearts and spirits are.”

So how can you snag a super-cool can of Stranger Things Coke? Well, you can get the product by purchasing a limited-edition glass bottle of Stranger Things Coke and/or Coke Zero Sugar, you can enter the giveaway at World of Coca-Cola in Atlanta or you can grab a can at one of several Stranger Things-inspired vending machines, which will pop up in select cities this summer. But whatever you do, you will need to act fast: Coca-Cola has produced less than 500,000 12-ounce cans of New Coke.