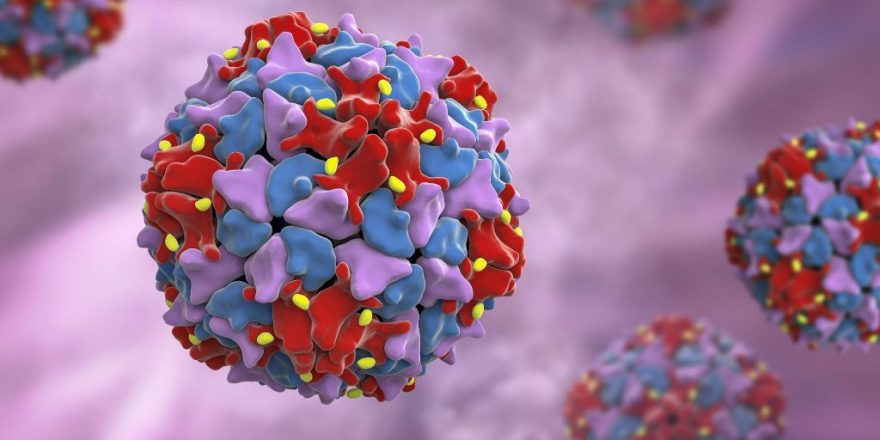 New York resident infected with polio, marking 1st US case in a decade

After nearly a decade with no reported polio cases in the U.S., a resident of Rockland County, New York has tested positive for the viral disease, state and county health officials announced (opens in new tab) Thursday (July 21).

The infected individual caught a strain of poliovirus known as “revertant polio Sabin type 2 virus,” tests performed by the New York State Department of Health (NYSDOH) revealed. Unlike wild polioviruses, this type of virus derives from the live oral polio vaccine, which has not been administered in the U.S. since 2000.

The U.S. and many other countries discontinued use of the oral vaccine because the shot contains live, but weakened, polioviruses that can be shed in the stool of vaccinated people, according to the Global Polio Eradication Initiative (opens in new tab) (GPEI). In rare instances, these weakened viruses have evolved to behave more like wild, naturally-occurring polioviruses that can cause illness in people who aren’t fully vaccinated. Due to this risk, the U.S. now only administers “inactivated” polio vaccines, and for polio to be fully eradicated, all countries will eventually need to halt their use of the oral vaccines.

Because the New York resident tested positive for a vaccine-derived poliovirus, this suggests that “the virus may have originated in a location outside of the U.S. where [oral polio vaccine] is administered, since revertant strains cannot emerge from inactivated vaccines,” the health department statement notes. The last polio case reported in the U.S. occurred in 2013 and was also caused by a vaccine-derived strain.

“Based on what we know about this case, and polio in general, the Department of Health strongly recommends that unvaccinated individuals get vaccinated or boosted with the FDA-approved IPV polio vaccine as soon as possible,” State Health Commissioner Dr. Mary T. Bassett said in the statement.

“The polio vaccine is safe and effective, protecting against this potentially debilitating disease, and it has been part of the backbone of required, routine childhood immunizations recommended by health officials and public health agencies nationwide,” Bassett said.

—20 of the worst epidemics and pandemics in history

—The deadliest viruses in history

The polio vaccine is part of the required school immunization schedule for all U.S. children, so many people are protected from a young age. However, completely unvaccinated individuals and those who have not completed their polio vaccine series should seek vaccination, NYSDOH recommends. In addition, people who are already vaccinated but are at risk of exposure should seek a booster shot.

On Friday (July 22) morning, Rockland County will host a polio vaccination clinic at the Pomona Health Complex (Building A) at 50 Sanatorium Road in Pomona, New York. A second clinic at the same location will be held in the afternoon on Monday (July 25).

New Yorkers can pre-register for a free appointment here (opens in new tab) or call 845-238-1956 to schedule. Walk-ins will also be accepted. Vaccines are also available through local healthcare providers, including Federally Qualified Health Centers.

Nicoletta Lanese is a staff writer for Live Science covering health and medicine, along with an assortment of biology, animal, environment and climate stories. She holds degrees in neuroscience and dance from the University of Florida and a graduate certificate in science communication from the University of California, Santa Cruz. Her work has appeared in The Scientist Magazine, Science News, The San Jose Mercury News and Mongabay, among other outlets.