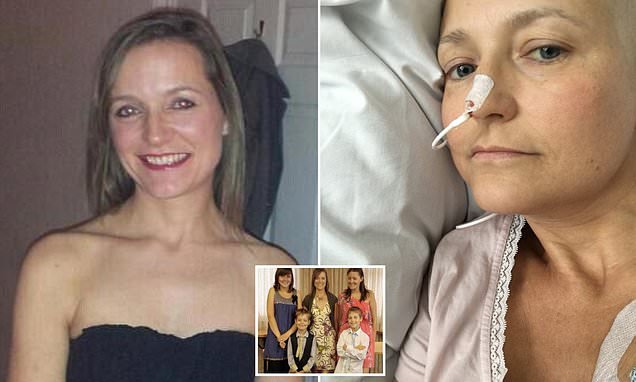 Mother, 48, battling leukaemia for the FOURTH time faces a desperate race to raise £250,000 for pioneering drug not available on the NHS

A nurse who is battling leukaemia for the fourth time is in a desperate race to raise £250,000 for pioneering treatment.

Before she became ill, the mother-of-four was a nurse for 25 years in the NHS, who have told her there are no further treatments available in the UK.

She found out about a drug on Facebook called Idhifa, which targets the gene mutation that Heather has, called IDH2.

Her parents, John and Angela Bellamy, are ‘racking their brains’ to raise the funds in order to travel to the US and get the drug, which is not yet licensed in the UK. 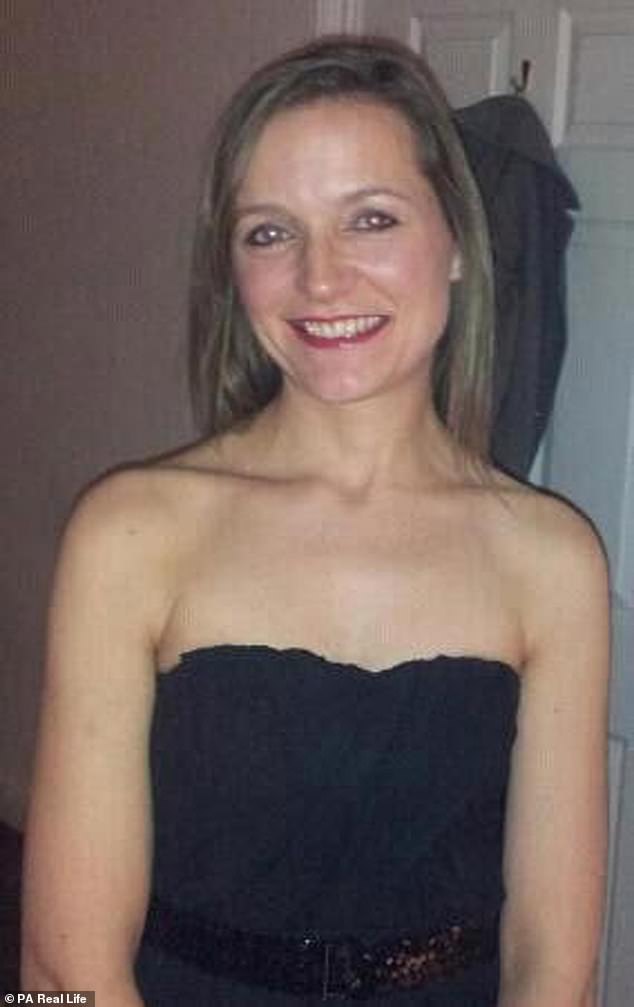 Heather Bellamy, 48, of Norfolk, was diagnosed with acute myeloid leukaemia, a cancer of the blood cells, in December 2014 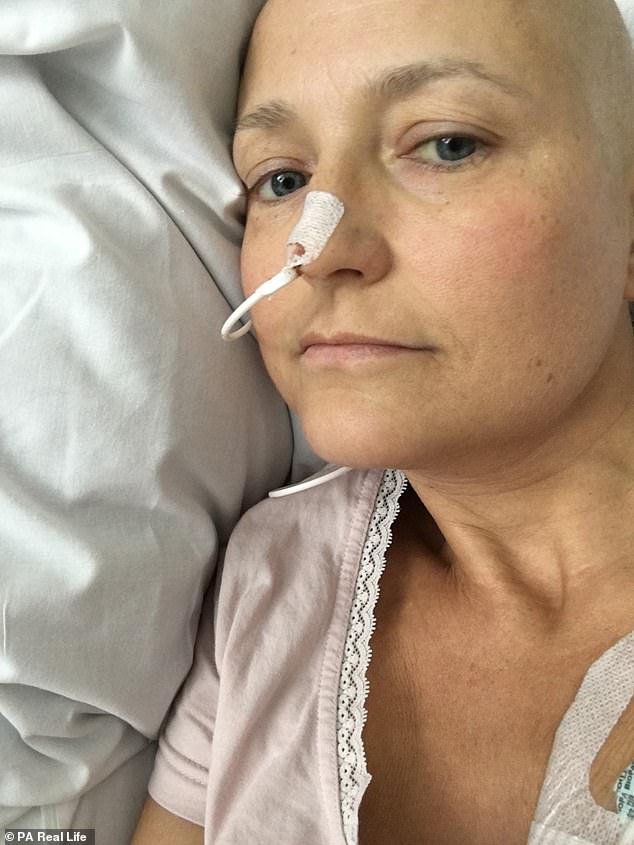 She relapsed in December 2018 for the fourth time. Pictured, in hospital this year 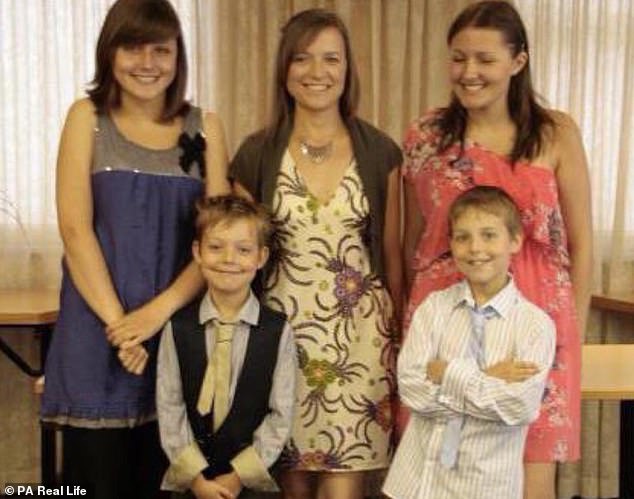 Heather, a mother of four children, was a nurse for 25 years in the NHS, who have told her there are no further treatments available in the UK 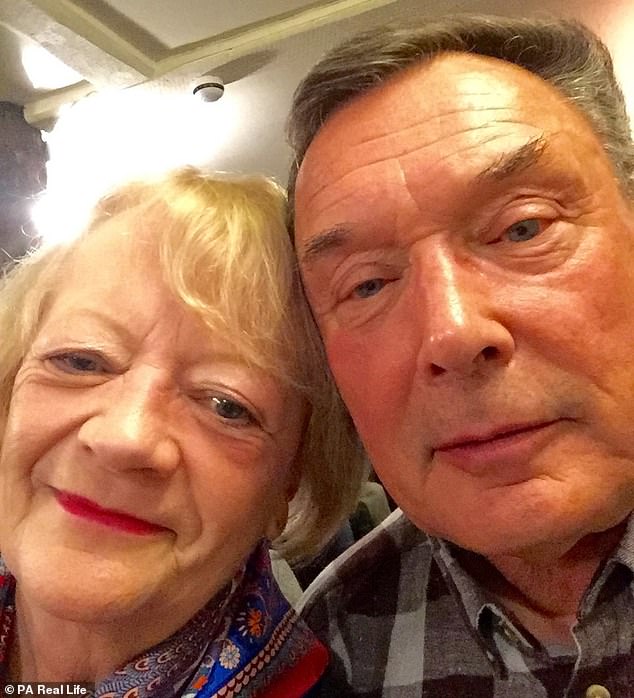 Heather’s parents, Angela and John Bellamy, are in a desperate race to raise £250,000 for a pioneering drug called Idhifa, only available in the US

Angela, 70, a former teacher, said: ‘We’ve spoken to lots of people, from consultants to MPs about Idhifa, and the hope is that it will be available in the UK one day – but not in time for Heather.

‘It’s very difficult knowing there is something in the world that can help, but feeling held back by red tape.’

AML affects around one in 200 men and one in 255 women in the UK at some point in their lives, and approximately 19,500 new cases occur every year in the US.

Years earlier, Heather had her thyroid removed, meaning she had annual blood tests to monitor her progress – one of which detected her cancer. 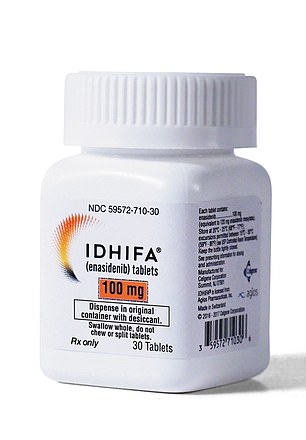 John, 72, who has retired from the RAF, said: ‘A routine blood test in 2014 revealed she had leukaemia.

‘It was incredibly shocking. Angela and I hadn’t even heard her say she’d been feeling unwell. It was an awful lot to take in.

‘We found out over the phone, as we were living in Spain. It’s one of those things you don’t ever think will happen to you.’

WHAT IS ACUTE MYELOID LEUKAEMIA?

Acute myeloid leukaemia (AML) is a type of blood cancer that starts in young white blood cells in the bone marrow.

AML affects around one in 200 men and one in 255 women in the UK at some point in their lives.

Approximately 19,500 new cases occur every year in the US.

It is most often diagnosed in older people.

AML’s exact cause is unclear, however, risks include:

AML is usually treated via chemotherapy. A bone marrow or stem cell transplant may be required.

From there, Heather, who has an ‘incredibly supportive’ partner Max, 52, had three rounds of chemotherapy and went into remission.

But, less than a year later, as she prepared to return to work as a nurse, she relapsed in September 2015.

Angela recalled: ‘We thought we could move on and put this horrible thing behind us – but then it came back, and so the search began for a stem cell donor. Sadly, none of her family were a match.’

Heather’s search for a donor was successful, but the transplant itself was put on hold when she developed sepsis, when the body attacks itself in response to an infection.

Thankfully, she pulled through, and after more chemotherapy at Addenbrooke’s Hospital in Cambridge, had her first transplant in February 2016, using stem cells provided by an anonymous donor.

‘It all seemed to go well, but by the summer of 2017 she had relapsed again, and doctors discovered that she also had the IDH2 gene mutation,’ Angela said.

‘After that, Heather had more chemotherapy before she ended up in intensive care when she had sepsis a second time.

‘She was too ill to attend her daughter Alice’s graduation, which she was very upset about.’

A second stem cell transplant followed in October 2017 and, once again, Heather and her family felt optimistic for the future when it appeared to have worked.

Every month that passed with her still in remission allowed her hope to grow stronger.

But then, in December 2018, she was dealt unbearable news for the fourth time.

‘She’d been in remission for long enough to begin to hope, but then we got the news she had relapsed again,’ said Angela.

‘She tells us her strength comes from the love for her four children and to be there for them when they need her. It’s remarkable that she’s kept going.’ 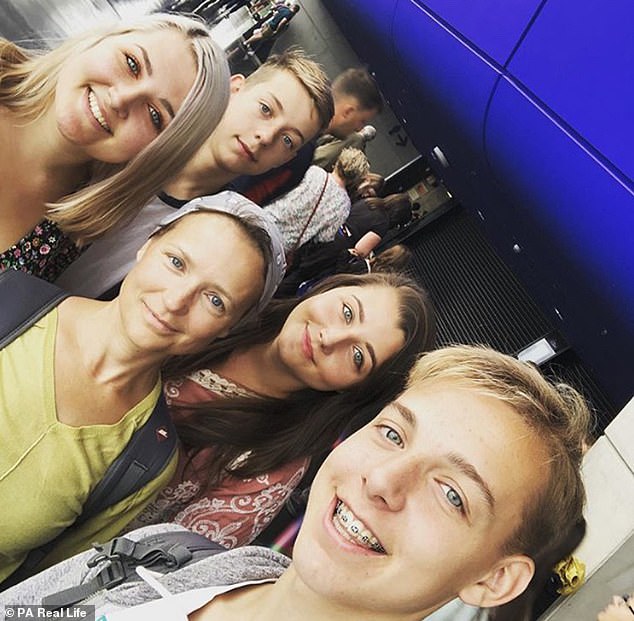 Heather, pictured with her children (L-R) Lilly, Sam, Heather, Alice and Alfie, is currently having chemotherapy to help manage her symptoms rather than cure her 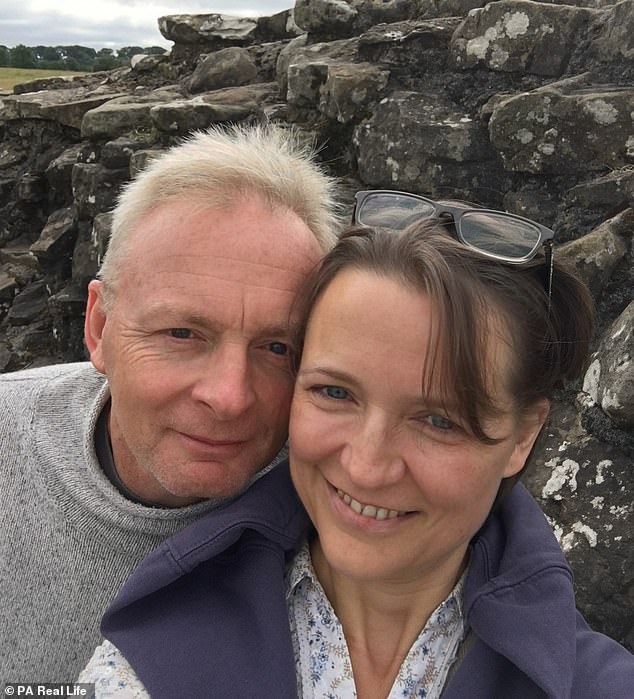 Heather, with her partner Max, was in remission for over a year after her second stem cell transplant in October 2017 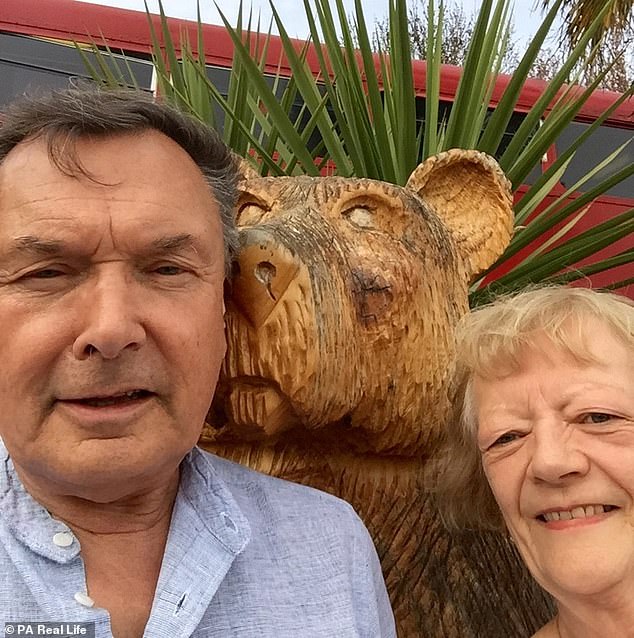 Angela, a former teacher, and John, who was in the RAF, are said they are ‘racking their brains’ to fundraise more money for their daughter

Heather is currently having chemotherapy to help manage her symptoms rather than cure her, but she hasn’t been given a life-expectancy because AML is very aggressive and difficult to predict.

As Heather has been warned that there are no further treatments available on the NHS, her family are determined to get her to the US where she will be able to receive Idhifa, which doctors there are able to prescribe.

Idhifa (enasidenib) is a prescription medicine used to treat people with acute myeloid leukaemia (AML) who have an isocitrate dehydrogenase-2 (IDH2) mutation whose disease has come back or has not improved after previous treatment.

If the IDH2 mutation is detected in blood or bone marrow samples, the patient may be eligible for treatment with Idhifa.

‘Idhifa is a targeted therapy that fills an unmet need for patients with relapsed or refractory AML who have an IDH2 mutation,’ said Richard Pazdur, who works at the FDA who approved the drugs use in the US in 2017.

‘The use of Idhifa was associated with a complete remission in some patients and a reduction in the need for both red cell and platelet transfusions.’

It is not known if Idhifa is safe and effective in children.

The drug has been filed for approval in EU and UK.

In patients like Heather, the IDH2 mutation blocks young blood cells in the bone marrow from maturing into healthy adult cells – but, Idhifa works by releasing this block.

But, costing $25,000 (£19,349) a month, according to the NHS’ Specialist Pharmacy Service, the Bellamys need to raise £250,000 to pay for transport, accommodation, hospital bills and the drug itself – and are praying the kindness of strangers will get them there.

A GoFundMe page has already raised more than £20,000 in just a month and Angela and John are now praying kind strangers will keep helping them to keep their daughter alive.

‘People have been incredible. We want to thank every single person who has helped out so far,’ said John.

‘The community has rallied round, but the problem we have is getting Heather’s story out there on a wider scale.

‘There must be somebody out there that can help us. All we want is to keep her alive.

‘We have been racking our brains to think of fundraising ideas outside the box. Somebody out there, whether it’s entrepreneurs, big companies or even football clubs may be able to help us.

Heather was a nurse for 25 years before she became too sick to work, first in neonatal care then as a nurse advisor at NHS Direct

She then became a community nurse then a lead practice nurse in respiratory care, helping people with asthma and the lung disease COPD lead better lives.

John said: ‘Her career was so important to her, and she helped so many people – but now she is the one who needs help and I am praying everyone will help her.’