Nutritional supplements do NOT help stave off depression

Nutritional supplements sold on the high street do NOT help stave off depression and are no better than placebos, finds study

Nutritional supplements do not prevent depression, researchers have warned.

A study of 1,000 overweight people concluded that taking supplements available on the high street is no better than dummy ‘placebo’ pills for warding off depression.

Half of the group took supplements containing folic acid, vitamin D, omega-3 fish oils, zinc and selenium, while the other half took placebos.

After a year there was no difference between the two groups. 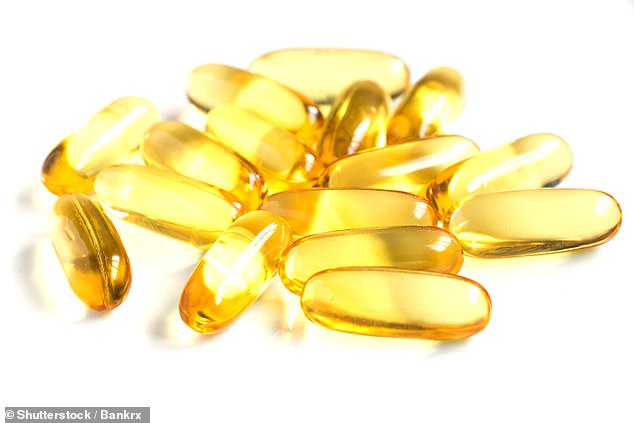 Researcher Professor Ed Watkins, an expert in experimental and applied clinical psychology at the University of Exeter, said: ‘Because depression is such a common problem, finding effective and widely available ways to prevent depression at a population level is an important goal.

‘Diet and nutrition held promise as one means to reach large numbers of people.

‘However, this trial convincingly demonstrates that nutritional supplements do not help to prevent depression.

While it is normal to feel down from time to time, people with depression may feel persistently unhappy for weeks or months on end.

Depression can affect anyone at any age and is fairly common – approximately one in ten people are likely to experience it at some point in their life.

Depression is a genuine health condition which people cannot just ignore or ‘snap out of it’.

Symptoms and effects vary, but can include constantly feeling upset or hopeless, or losing interest in things you used to enjoy.

It can also cause physical symptoms such as problems sleeping, tiredness, having a low appetite or sex drive, and even feeling physical pain.

In extreme cases it can lead to suicidal thoughts.

Traumatic events can trigger it, and people with a family history may be more at risk.

It is important to see a doctor if you think you or someone you know has depression, as it can be managed with lifestyle changes, therapy or medication.

‘There was a suggestion that changing food-related behaviour and diet may help to prevent depression, but this requires further investigation.’

The researchers, whose work is published in the JAMA medical journal, said experiencing depression often goes hand in hand with being overweight.

They believe altering diet among overweight people can result in reduced depression, but said supplements do not seem to be a shortcut to this end.

Professor Marjolein Visser and Professor Ingeborg Brouwer of the Vrije Universiteit Amsterdam, who also worked on the project, wrote: ‘A healthy dietary pattern, typified by a Mediterranean style diet high in fruit, vegetables, wholegrains, fish, pulses and olive oil, and low in red meat and full-fat dairy products, may reduce the risk of developing depression.

‘In people with obesity, weight loss can lead to a reduction in depressive symptoms.

‘[But] current evidence does not support the use of nutritional supplements in order to prevent depression.’

Certain omega 3 supplements, for example, are labelled as ‘mindful’ products ‘for mental health’.