Home » Health News » Oh, So THAT’S How You Prevent Chafing During A Run 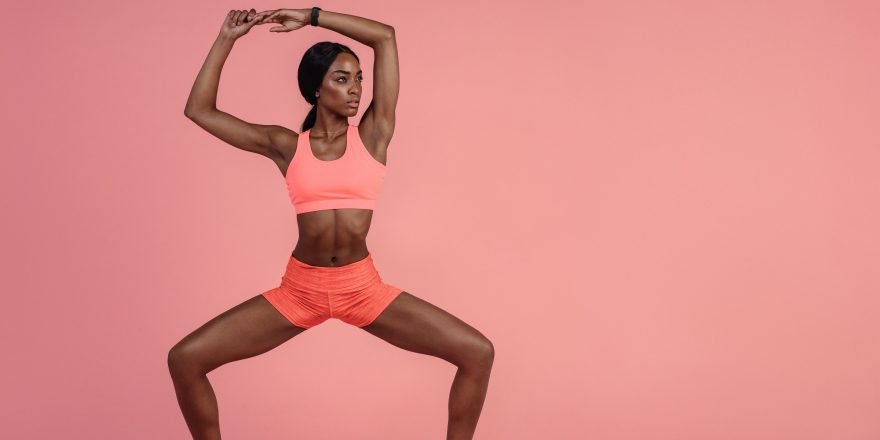 Oh, So THAT’S How You Prevent Chafing During A Run

Marathon training is no joke—especially when it leaves you with scabs on your armpits or under your boobs. And I’ve experienced both.

During one particularly long, sweaty summer run, I knew my sports bra was rubbing a little too roughly against my skin. But chafing be damned, I finished that run and decided to take care of it later.

By the time I got home, raw skin was literally poking through the hook-and-eye clips that ran up the bra’s front.

Clearly, not something I wanted to ever happen again, which is why I chatted with some experts for their insights on what causes chafing, how to prevent it, and what to do if it’s too late for any of that.

What the eff is chafing anyway?

By definition, “chafing is the process of rubbing skin against skin, or skin against fabric, causing red, irritated, painful skin in particular areas,” says Shari Lipner, MD, PhD, assistant professor of dermatology at Weill Cornell Medicine. Sweat and moisture (say, from a rainy or ultra-sweaty run) up the likelihood of it happening.

Are some people more prone to chafing?

Anyone can experience chafing, but athletes tend to get it more often thanks to the constant rubbing they might experience while running, biking, or sweating during any bout of exercise, says Dr. Lipner. Of course, the longer your work out, the more likely it is you’ll get a patch of irritated skin—as you up your body temp and sweat more, it increases the possibility of excessive rubbing.

As for skin types, people with dry skin are often more likely to get this type of irritation than someone with oily skin. “Oil helps lubricate the skin, which promotes gliding rather than rubbing,” says Dr. Lipner.

So…how do I avoid it?

No matter where you tend to experience chafing (boobs, thighs, arms, or anywhere else), step one to avoiding it is keeping your skin cool and dry, Dr. Lipner says. “Clothes should be form-fitting, so they don’t rub against skin,” she explains. But they shouldn’t be so tight that they start to dig into your skin either. Choosing tops and bottoms made with moisture-wicking materials will help you avoid this, too.

It’s also crucial to make sure your clothes simply fit right, according to Corkum. “When I went down a size in a sports bra, my sports bra band chafing completely stopped,” she says. “Turns out some fabrics expand when wet, and so the band would slide around slightly. After three hours of running, that caused big problems.”

And on that note: You may want to try new gear (bras, leggings, tanks, or tees) on a shorter run, as well, rather than commit to hours in potentially uncomfortable clothes.

Marie Jhin, MD, a dermatologist at Premier Dermatology in San Carlos, CA, also suggests trying nipple tape on chafing-prone areas of the boobs. This will help block that uncomfortable friction.

If you deal with arm or thigh chafing a lot, Corkum recommends Body Glide or Aquaphor on areas like you under arms or inner thighs. “It may not be necessary for every run, but you should consider it for long runs, or runs in wet or damp conditions,” she says. “You want to apply enough to coat the skin before a run. You can also use them after a run, before getting in the shower to help protect skin from the water.” (Because yeah, that shower is going to BURN if chafing has already occurred.) Dr. Jhin also says cornstarch powder (not just for cooking!) can help stave off chafing in the arm and thigh areas.

Dr. Jhin adds that it helps to drink lots and lots of water, so your sweat isn’t overly high in salt, which can up the irritation. And she says using an antiperspirant at night can help decrease sweating during the day. All of this leads to a lower risk for painful chafing.

How do I treat chafing?

No matter what causes the your boob, arm, or thigh chafing, make sure to clean it with a gentle soap and water post-sweat, says Dr. Lipner.

You can also rub an ointment on it, like petroleum jelly (or Vaseline) or something thick like Aquaphor, to help speed up the healing, suggests Esther Freeman, MD, assistant professor in the department of dermatology at Harvard Medical School. “Ointments are best, followed by creams and then lotions, because lotions are the thinnest and therefore the less effective,” she explains. If the heavy stuff is too much for you, Freeman recommends non-scented products like Cerave, Cetaphil, or Vanicream, as the scented stuff can sometimes lead to more irritation.

Of course, try to not to add any friction to the same area (a.k.a. don’t set out on another long run the day after you open up that rub-fueled wound) so it has time to patch up, Dr. Lipner says. If the chafed skin doesn’t heal after a few days, she suggests seeing a doc so they can help you treat it.