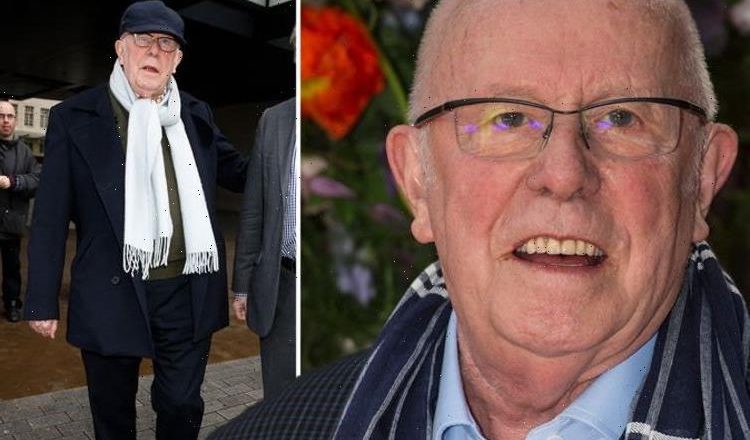 What's the difference between a heart attack and cardiac arrest?

Richard Wilson, 85, is best known for playing one of the most iconic characters in British sitcom history: Victor Meldrew in One Foot in the Grave. The world was almost deprived of the comedic genius that is Richard Wilson four years ago. Richard suffered a heart attack in Hampstead, where he resides.

In an interview with Times Radio, the comedic legend revealed the lasting impact that fateful day has had on his life.

He said: Steps are very bad for me now since my heart attack. So I use a stick quite a lot of the time.

“One of the things that strikes me is that, if I had died – and apparently at 80 you’re very close to death when you have a stroke and things – I realised I wouldn’t have known anything about it.

“I was rather upset that it was possible that I could die and not know anything about it.”

He went on to reveal how the life-threatening event has made him appreciate life’s simple pleasures, such as watching a film or a play.

“If I had gone. I wouldn’t have seen this and I realised just how lucky I was.”

This is not the first time Richard has gone public about this heart attack.

Speaking to Oldie magazine earlier in the year, Richard revealed the accident caused a bleed in his brain which led to memory loss.

He said: “I do get quite tired about not being able to walk as I used to and having to use a stick, but that is frustration more than grumpiness.

“The same goes for my memory, which has got worse since I had a heart attack four years ago in Hampstead, where I live. I fell off a small balcony while I was waiting to meet a writer for coffee outside Maison Blanc.

“As I did so, I hit my head, which caused a bleed in the brain. That’s why my memory has been destroyed a bit. As a result, I am more forgetful – but not more grumpy.”

Richard had previously spoke about the serious event on BBC Radio 2 with Graham Norton.

The One Foot in the Grave actor said: “I’m going to mention it because I’d love to know who it was – the great thing about the accident is that there was a doctor walking by, and if he hadn’t been walking by, I wouldn’t be talking to you now.

Symptoms of a heart attack can include:

“Although the chest pain is often severe, some people may only experience minor pain, similar to indigestion,” notes the NHS.

The health body adds: “In some cases, there may not be any chest pain at all, especially in women, older people, and people who have diabetes.”

If you suspect the symptoms of a heart attack, the NHS advises to call 999 immediately and ask for an ambulance.

Do not worry if you have doubts.

“Paramedics would rather be called out to find an honest mistake has been made than be too late to save a person’s life,” explains the NHS.