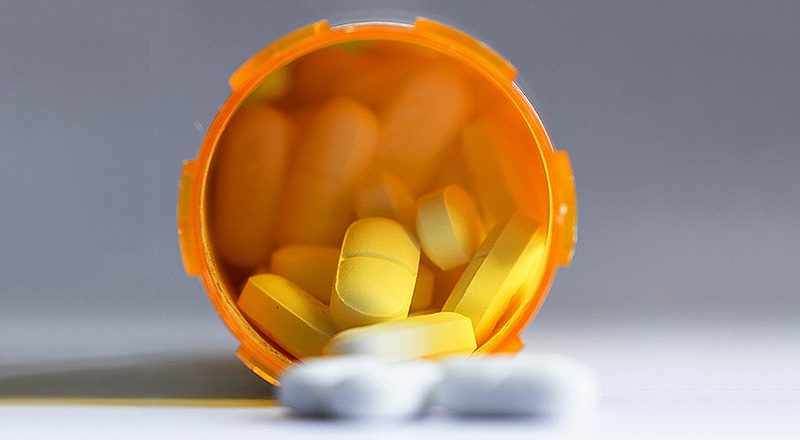 The rate of opioid-related deaths, hospitalizations, and emergency department (ED) visits is higher in Canadians with lower socioeconomic status (SES), compared with those with higher SES, data indicate.

In a retrospective, observational study of national data from 2000 to 2017, the rate of opioid-related mortality was 3.8 times higher in the lowest income quintile, and the rates of hospitalizations and ED visits were 4.3 and 4.9 times higher, respectively. This pattern persisted for two decades.

The opioid crisis is intensifying in the whole country,” lead author Wasem Alsabbagh, PhD, assistant professor of pharmacy at the University of Waterloo, in Kitchener, Ontario, Canada, told Medscape Medical News. “The mortality rate in the lowest income areas in 2005 was reached in the highest income areas in 2015. In this perspective, higher SES shielded individuals from the effects of opioid crises for some time, but eventually the effects reached the high-income areas.”

The data were published in the June issue of Health Promotion and Chronic Disease Prevention in Canada.

“Despite the unequal distribution we observed, the harms of the opioid epidemic are clearly not restricted to people with low income,” the researchers wrote. “These data allow us to see the progression of the epi­demic over time, with its effects moving from less to more privileged areas. … Hence, the closing gap in mortality might indicate that the opioid epidemic will eventually be felt through­out Canadian society, and that high SES merely delays its effects and cannot pre­vent it.”

The investigators examined national administrative databases to capture opioid-related mortality (from 2000 through 2017), opioid-related hospitalizations (from 2000 until 2012), and opioid-related ED visits (from 2002 to 2012) and compared them with SES and income estimates that were generated using census data.

There were consistently higher rates of all opioid-related outcomes in the lowest income quintile, compared with the highest, throughout the study period. The gap between both extremes decreased over time for mortality rates, though not for hospitalizations or ED visits.

The authors wrote that “there is no definitive explana­tion for the existence of income gradients in so many health outcomes,” adding that “the clear and consistent gradient suggests that it is not material conditions (access to goods, ser­vices, neighborhood quality) that matter the most. … Instead, it sug­gests that psychosocial factors play a key role in this gradient.”

Even in communities with higher SES, such psychosocial factors include “lack of social support from both immediate network (ie, family and close friends) and larger network (ie, community in general), as well as the type of help individuals can get to cope with stressful life events, provide a sense of belonging, and social solidarity,” said Alsabbagh.

Commenting on the findings for Medscape, Christopher Lowenstein, PhD, a postdoctoral scholar in epidemiology at the University of California, Berkeley, said, “The implications of the study should not be understated. The authors’ descriptive analysis highlights a dramatic socioeconomic gradient in adverse opioid-related outcomes across Canada. Many studies look only at mortality, and by drawing on other measures of morbidity (eg, hospitalizations for opioid use disorder), the authors are able to expand the scope in a really important way that speaks to the magnitude of this crisis.” Lowenstein did not participate in the study.

While he agrees with the authors that the findings are not explained by income or material resources alone, he suggests that their alternate explanation of psychosocial factors “does not draw on any of the place-based characteristics that codetermine the actual quantity of drugs in a community. … I do think this is maybe an oversight of the article.”

“There is evidence that lower SES areas have had higher supplies of opioids, which would explain the SES gradient rather than the income, poverty, or psychosocial factors, [and] there is evidence that reducing the supply of opioids through a variety of policies does reduce opioid mortality,” said Lowenstein.

Another expert, Gene Heyman, PhD, senior lecturer in psychology at Boston College, Newton, Massachusetts, has written that “explanations of the overdose epidemic that do not go beyond increased access to opioids are, at best, incomplete.”

Heyman, who was not involved in the study, but has published his own paper on this topic, criticized the methodology of the new paper as “very elementary.”

“The usual practice is to employ multiple regression techniques that allow the investigator to arrange statistical controls for covariates,” he told Medscape. “The authors, as I understand their paper, did not do this. For example, what they call SES is likely to be correlated with education level (they measure income but call it SES), race, ethnicity, political orientation, etc. Thus, to varying degrees, these factors, rather than income, may be linked to overdose differences. … My guess is that income might remain a significant predictor of overdoses, but with proper controls, it would be a weaker predictor than their graphs indicate.”

The study was partially funded by Health Canada’s Substance Use and Addictions Program. Alsabbagh, Lowenstein, and Heyman declared no conflicts of interest.

Kate Johnson is a Montreal-based freelance medical journalist who has been writing for more than 30 years about all areas of medicine.