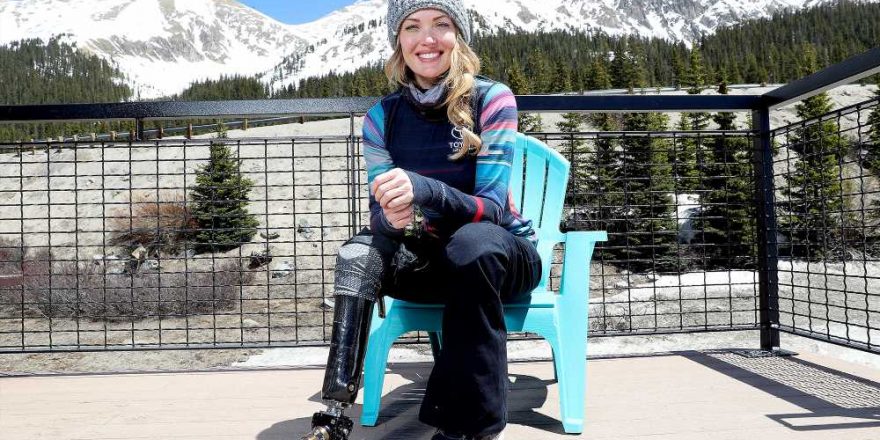 Paralympian Amy Purdy is unsure if she can ever wear her prosthetic leg again after she developed a large blood clot that blocked her circulation.

The decorated snowboarder, 39, is still dealing with health problems from the blood clot, after undergoing emergency surgery in February to remove it from her left thigh.

Purdy had always retained most of her mobility and function, even after her amputations — she has three Olympic medals, finished second on Dancing with the Stars and competed on The Amazing Race — but she doesn’t know if she’ll get back to that place again.

“For the first time ever, I’m experiencing what it feels like to have something that’s really debilitating,” she told Women’s Health.

Doctors were able to take out the clot in her thigh, but could not get it out of her knee or lower leg. Purdy, who initially had to get her legs amputated below the knee at age 19 after getting bacterial meningitis, had to decide if doctors should try to take out the clot and save the rest of her left leg, knowing that her kidney, a donation from her father, would be at risk.

“I really had to think, ‘Do I want to continue to live healthy, with this kidney, and without a leg, or do I want to save my leg, and risk losing my kidney and going through another transplant?'” she said.

Purdy decided to go a different route, and found a doctor who was willing to try a procedure that others wouldn’t — pumping her leg with a medication that could break up the clot for 24 hours.

“It was the most excruciating thing I’ve ever felt,” she said. “I basically yelled and moaned for 24 hours straight. Even the strongest combination of painkillers didn’t help.”

The procedure worked and the clot is gone, but when Purdy tried to put her prosthetic leg back on three months later, they discovered that her arteries had shrunk, and blood is not properly flowing into her leg.

The next solution was to have Purdy sit in a hyperbaric oxygen chamber for three hours a day, five days a week, in the hopes of stretching out her arteries and getting her blood flow going again. The process is difficult, and the high-pressure chamber bruised one of her eardrums, but she is improving.

“It really became empowering for me, because it was something that I could do actively every single day to help my body heal and get through this,” she said.

“It was like roots from a tree,” Purdy said, adding that it gives her immense hope. “There are moments when I can feel so weak and vulnerable because of all I’ve been through, and then I think, ‘No, that’s not it at all. I’m so strong for getting through all this. And look at what my body’s doing.’ “