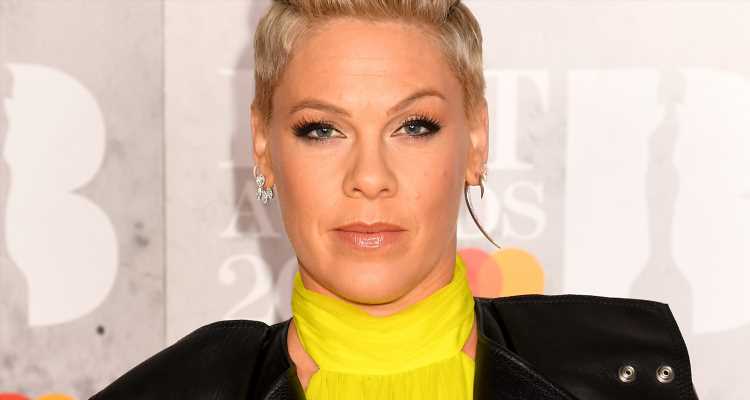 If there’s one thing we know for sure about Pink it’s this: the woman is not one to bite her tongue on a taboo topic – be it unrealistic body standards, breastfeeding in public or her year-long abstinence from sex.

But during a recent appearance on USA Today she covered entirely new ground, opening up about her miscarriage as a teenager.

It all started when the now mum-of-two was asked about the meaning behind the track ‘Happy’ on her new album. In particular, what inspired the opening lyric (“Since I was 17 / I’ve always hated my body / And it feels like my body’s hated me.”)

She responded: “The reason I said that is because I’ve always had this very tomboy, very strong gymnast body. But actually, at 17, I had a miscarriage. And I was going to have that child.”

Initially, the singer blamed herself for losing the baby.

“When that happens to a woman or a young girl, you feel like your body hates you and like your body is broken, and it’s not doing what it’s supposed to do,” she explained. And although she’s since come to terms with it all, she wants to use her voice to end the stigma.

“I’ve had several miscarriages since, so I think it’s important to talk about what you’re ashamed of, who you really are, and the painful sh*t,” she said. “I’ve always written that way.”

Therapy was a huge part of Pink’s journey to acceptance, as it helped her process her grief in a healthy way.

“I believe in self-confrontation and just getting things out. What I love about therapy is that they’ll tell you what your blind spots are. Although that’s uncomfortable and painful, it gives you something to work with,” she added.

“I think the reason I can go to such uncomfortable places and be so honest is because I have a really healthy sense of humour. I’m extremely self-deprecating, and when sh*t goes bad—which in any life is inevitable—you’ve just got to find the funny. It’s because I can laugh that I can cry so hard.”