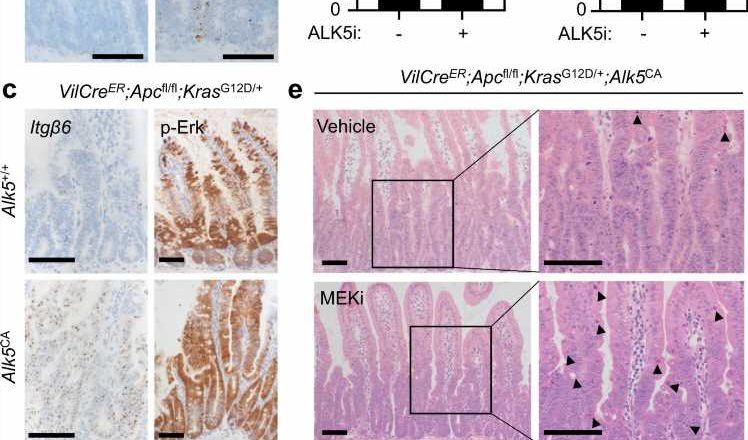 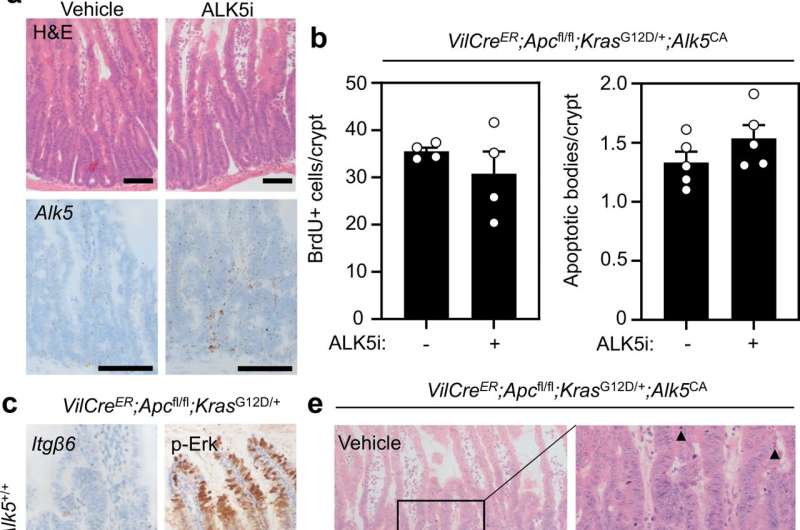 An international research team has identified “born to be bad” colorectal tumors in people with early stage cancer, which could help medical experts pinpoint and better treat aggressive tumors.

The team from Monash University, CRUK Beatson Institute in Glasgow and Queens University in Belfast found a feature of early stage colorectal tumors in mice and humans, known as TGFβ signaling, that is active in tumor cells and is profoundly tumor-promoting.

In this group of patients, epithelial TGFβ signaling predicted how aggressive, treatment-resistant and lethal the cancer was/is.

Until now, such signaling pathways that identify the “bad” tumors had only been found in late stage cancers. It is believed to be the first time they have been identified in early stage colorectal cancer.

Published in Nature Communications, the study used molecular profiling to identify “born to be bad” colorectal tumors that were likely to progress quickly due to the activation of TGFβ signaling in the tumor epithelium.

Joint first author Dr. Dustin Flanagan, of the Monash Biomedicine Discovery Institute, said the findings could lead to improved and more personalized treatments for colorectal cancer patients who were likely to experience a relapse.

He said the TGFβ signaling effectively gave “born to be bad” tumors the help they needed to become really nasty. Identifying this unique feature early could strongly predict whether they would become aggressive.

“This suggests tumor cells with ‘aggressive potential’ are pre-programmed from an early stage or ‘born to be bad,’ rather than acquire these qualities over time,” Dr. Flanagan said. “This challenges how we typically think about cancer progression, but also how and when to treat patients.

“We looked at patients diagnosed with early stage (Stage I) colon cancer and noticed those who would go on to relapse had high levels of TGFβ signaling in the tumor epithelium.

“TGFβ is a cytokine that normally prevents cells from growing out of control. In other words, it’s a tumor suppressor, especially in early stages of the disease. But if the cancer mutates to become insensitive to TGFβ, then TGFβ ends up behaving as a tumor promoter.

“We showed that tumor cells with active TGFβ signaling stimulate additional growth-promoting pathways, exposing an Achilles heel which we can exploit with targeted therapies.

“Collectively, our findings have major implications for the prognosis and therapeutic management of colorectal cancer.”

Dr. Flanagan said he and his colleagues were now collaborating with researchers in Italy and the U.K. to translate the findings using patient-derived organoid and xenograft (transplant) models.

“We are keen to test whether the same disease mechanisms (i.e. TGFβ signaling) used by primary colon tumors cells are also adopted by tumor cells that migrate to other sites in the body to establish metastatic disease,” he said.

“We will explore and identify other potential indicators of ‘born to be bad’ colorectal cancer that can be harnessed in a similar way to active TGFβ signaling.”