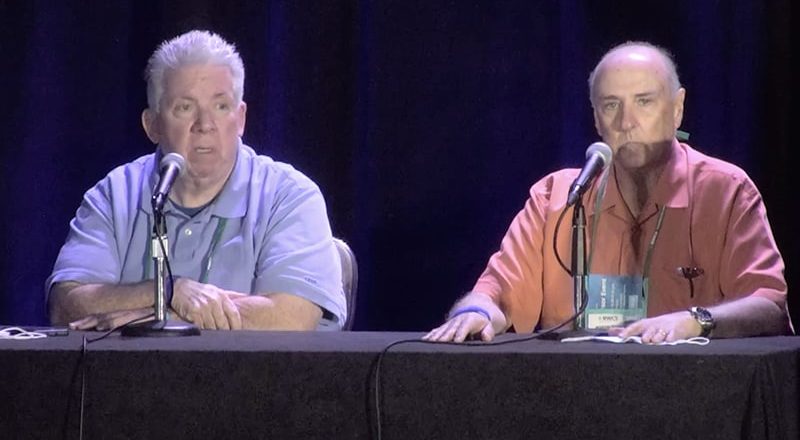 Rheumatologists: ‘Asleep at the Wheel’ in Using Treat-to-Target?

The roots of treat-to-target (T2T) in rheumatology extend back over 30 years to the development of the 28-joint Disease Activity Score. Although it has been shown to be effective in clinical trials and has been included in guidelines, it has yet to be widely adopted in practice. The question remains: What is the role of T2T in rheumatology?

That’s what Jack Cush, MD, and Martin Bergman, MD, sought to answer in a point-counterpoint session at the 2022 Rheumatology Winter Clinical Symposium. 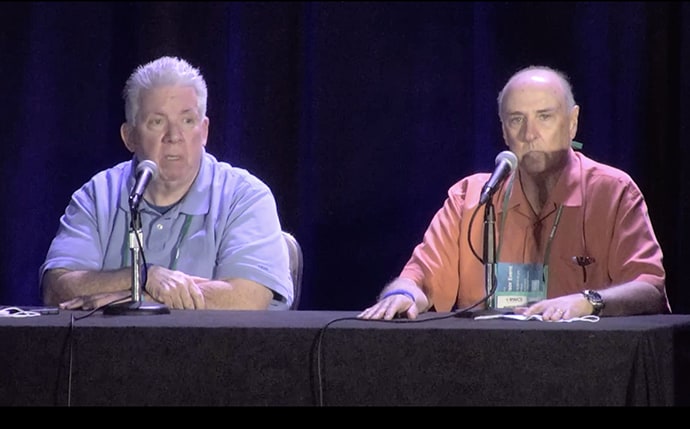 “I do think that this is a concept we need to keep in mind, and it is a concept whose time is long overdue,” Bergman said in his presentation arguing in favor of T2T. “As good as you think you are – your ability to see the patient and determine how they’re doing – you’re not.”

But metrics alone are not enough to make clinical decisions, said Bergman, clinical professor of medicine at Drexel University, Philadelphia, citing a recommendation from 2014 recommendations on T2T published in Annals of the Rheumatic Diseases. “You don’t just follow a number. You have to take into consideration structural changes, functional impairment, comorbidities – and that’s going to adjust how you approach your patient and what you do with them.”

However, implementation of T2T to make changes in clinical practice in RA has been inconsistent. Referencing an abstract from the 2021 American College of Rheumatology annual meeting on 15-year follow-up for changing therapy in RA, Bergman argued it is not the patient who is unwilling to switch treatments. Between 2006 and 2021, patient unwillingness to change therapies decreased from 64% to 51%.

“What’s driving it mostly here [is] the doctor’s recommendation,” Bergman said. “And we know this is true because we’ve seen it in other studies.”

Many rheumatologists are “asleep at the wheel” when it comes to administering T2T, he said. “What we need to do is, after we wake up from this nap, we need to get back on the highway and drive to where we should be, which is treat-to-target.”

Bergman also shared his paradigm for administering T2T, which he noted does not typically take more than a few minutes to administer regardless of the measure chosen. “Pick a measure. I don’t care which measure you take. I personally use two: I like the RAPID3 and the CDAI,” he said. “But then, after you have the measure, evaluate the entire patient. Don’t just look at the number. Look at the patient, what’s going on, solid history, solid physical. And most importantly: Be a doctor, don’t be a computer screen.”

Problems in Measurement of RA Remission and Adoption of T2T

Cush, who admitted early in his presentation that he is in favor of T2T, delivered his counterpoint somewhat tongue-in-cheek. However, he pointed out that there are several concerns about the goals in measuring outcomes in RA with T2T.

The goal in RA is disease remission, but how you define remission can vary, especially since sometimes there is evidence of synovitis or other disease activity visible through an exam or imaging, said Cush, a rheumatologist based in Dallas, and executive editor of RheumNow.com. Most of the evidence for T2T is in clinical trials, but adoption is inconsistent in clinical practice, and patients in general appear to be improving without widespread adoption, he argued.

“Are clinical trials the same as clinical practice?” he asked. “I think that this boils down to: Is this a quest for remissions, or the best-you-can-get, low disease activity state? Or is this a quest for physician change, which is actually the path you have to go through to get to remissions?”

“In the end, evidence that the metrics should drive prescribing, especially in private practice is, I think, lacking,” he said. 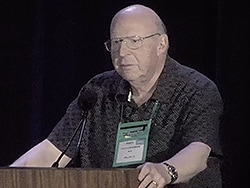 Roy Fleischmann, MD, agreed with Cush’s point of how one defines disease remission, as well as Bergman’s paradigm for T2T. “If you’re a good rheumatologist, you really do examine joints,” but you also “take a look at patient function, patient global [assessment], your global [assessment], joint count,” he said. “You can put a number to it, but you have to take a look at all of that. Really, treat-to-target – it is all of that. It isn’t just looking at a number, it’s looking at everything. And the better that the patient can do, assuming comorbidities and everything else, the better it is.”

Eric Ruderman, MD, professor of rheumatology at Northwestern University, Chicago, commented that T2T is “great for somebody who’s been doing it for a while, and seeing a lot of patients and has that comfort zone,” but he questioned whether new rheumatologists without a lot of clinical experience could apply the approach. “What information do they use to integrate, and how do they get to that point?” he asked. “I don’t have the answer to that.”

“The problem is, we still haven’t convinced people to adopt them,” Bergman said. “And I think it’s failure of training because, in my opinion, I don’t know how you can do a modern current fellowship program and not teach metrics.”

Cush and Bergman used the same trials to argue for their side. “I think that us using the same slides, but maybe having different points, speaks to the problem,” Cush said. “And I choose not to make it the problem of the rheumatologists.”

“You’re in the field of pattern recognition,” Cush argued. “It’s a visual art. You can have all the numbers you want. You make the most of your decisions based on pattern recognition, which is not rooted in metrics, and that’s why you’re successful at what you do.

“I am a big believer in T2T, but I think you have to measure something, and you have to use it,” Cush closed. “And the problem is, we can’t be forced into this.”