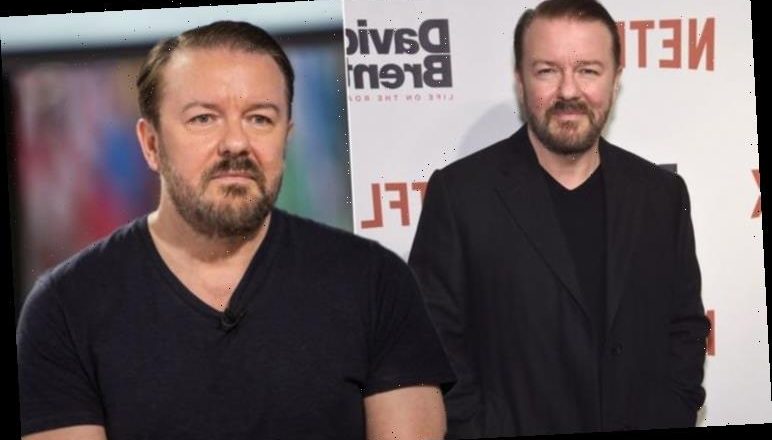 Ricky Gervais health: ‘I thought I was having a heart attack’ Comedian’s health scare

Ricky Gervais, 58, was performing a show in Bristol back in 2017 when he was forced to take a 10 minute break because he suffered a health scare. He later revealed he feared he was suffering a heart attack.

The star soon returned to finish the gig and reassured fans watching he “wasn’t dead”.

After the show, he tweeted: “Thanks to the amazing audience in Bristol tonight. They even laughed when I thought I was having a heart attack. #Humanity.”

The next morning he posted a selfie on Twitter writing: “I don’t think I died, but I’m not a doctor.”

He also added he was “absolutely fine” and that it “certainly wasn’t part of the show”. 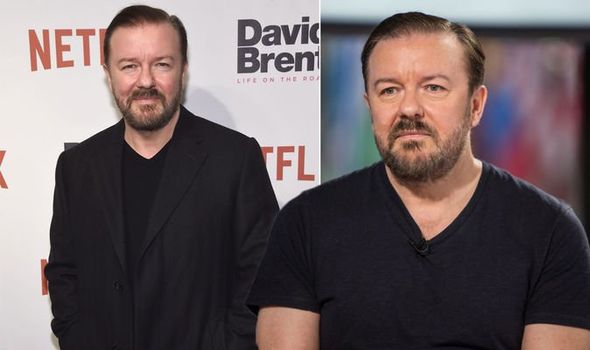 Later, he posted a picture of some Day Nurse and said he’d been struck down by some kind of sickness bug.

He wrote: “Think I’ve got a little bug of some sort. Blocked up, bit hot, sore stomach.

“Also I’m foaming at the mouth and terrified of water. Weird.”

So what are the symptoms of a heart attack to look out for?

The symptoms of heart attack, according to the NHS, can include:

The health body added: “Although the chest pain is often severe, some people may only experience minor pain, similar to indigestion. In some cases, there may not be any chest pain at all, especially in women, the elderly and people with diabetes.

“It’s the overall pattern of symptoms that helps to determine whether you are having a heart attack.”

It adds: “If you suspect the symptoms of a heart attack, dial 999 immediately and ask for an ambulance.

“Don’t worry if you have doubts. Paramedics would rather be called out to find an honest mistake has been made than be too late to save a person’s life.” 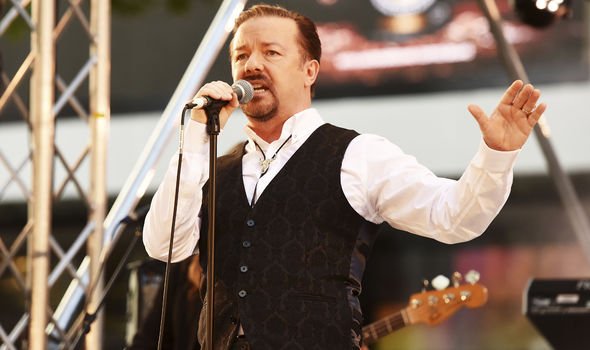 What causes a heart attack?

The underlying cause for most heart attacks is coronary heart disease due to atherosclerosis.

Bupa explains: “This is when your coronary arteries become narrowed over many years as fatty deposits (plaques) build up on the walls. These plaques can split, or their tops can wear away.

“This leads to the release of substances that cause the blood in your coronary artery to clot to try to mend the damaged artery wall.

“Together the plaque and blood clot can completely block your coronary artery, stopping blood flow to your heart muscle and causing a heart attack. 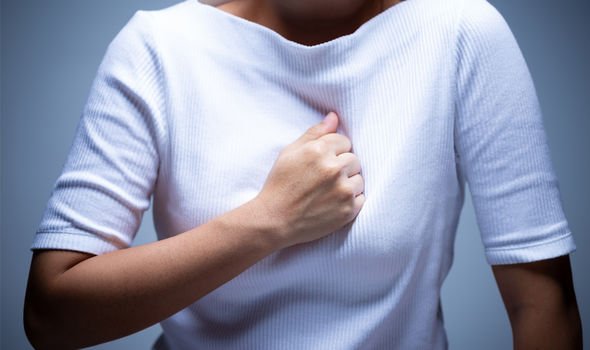 “You’re more likely to have coronary heart disease, and therefore a heart attack, if you smoke, have high cholesterol, have diabetes, have high blood pressure, lead an inactive lifestyle or are overweight or obese.”

How to prevent a heart attack

The health organisation also advises you can reduce your risk of developing coronary heart disease and having a heart attack by adopting a healthy lifestyle.

Drinking alcohol sensibly is also advised. For both men and women this means not regularly drinking more than 14 units of alcohol a week.