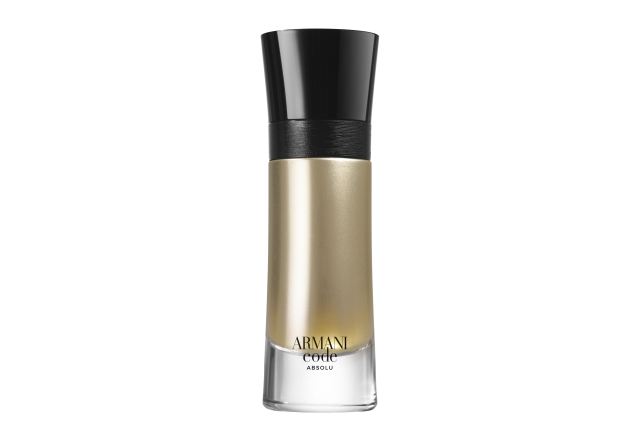 PARIS — Armani Code has a new frontman — Ryan Reynolds.
The Canadian actor and producer brings to the brand a new face, which could help expand Armani Code’s consumer base and bolster sales. Launched in 2004, the men’s fragrance franchise ranked seventh worldwide and fifth in the U.S. for full-year 2017.
“With his status of modern male figure of self-fulfillment, Ryan Reynolds perfectly embodies the modern sensuality of the Armani Code man: someone with charisma, authenticity, an effortless style and the right dose of irony,” Giorgio Armani said in a statement.
Reynolds starred in and produced “Deadpool,” twice nominated for a Golden Globe, and has starred in films such as “The Hitman’s Bodyguard,” “Life,” “Safe House” and “Buried.”
For Armani, he will first feature in the campaign for Armani Code Absolu, the fourth addition to the franchise that’s due out in February. Reed Morano, who won an Emmy Award for “The Handmaid’s Tale” series, lensed the film campaign, while Matthew Brookes shot the print images.
“Our historical client is very loyal to Code,” Véronique Gautier, global president of Giorgio Armani Fragrances and Beauty at L’Oréal, the brand’s licensee, told WWD. She called Code the archetype of sensuality.
Fifteen years after the original Code scent was launched, the world is a different place, and so it was deemed time to renew the fragrance’s storyline. The challenge, said Gautier, was “to stay really at the forefront of modernity with this…masculine story of seduction and sensuality. The world has changed completely in the last year. We were also challenged by Mr. Armani to tell this story a man and a woman differently.”
She wouldn’t divulge specifics, but explained that in Armani Code Absolu’s campaign, romance is not of the traditional ilk often found in perfume advertising. Gautier added the campaign has a touch of irony and humor, as well as action, seduction, mystery and tension, that it’s “a piece of cinema.”
Reynolds, she said, “will also renew our clientele, because he speaks easily to Millennials. He has a very strong community of loyal young — and less young — people.”
Morano’s manner of writing and filming movies has shaped new advertising for Armani Code, according to Gautier. Reynolds helped participate in crafting the storyline. “He had a lot of ideas,” she said. “He was implicated a lot in the storyboard, in the scenario, on the shoot, on the set.”
Armani Code Absolu has as its base the original scent’s juice that has been intensified and warmed. Created by Givaudan perfumer Antoine Maisondieu, it includes notes of green mandarin, apple, orange blossom, nutmeg, carrot seeds, Tonka bean, suede and vanilla. “We added very sexy, sensual but chic woody notes” to push another kind of seduction, Gautier said.
Whereas the original Code bottle is blue-black, Code Absolu’s is gold-colored.
With the addition of the new advertising and scent, Armani Code could rank in the top-five worldwide within the next two years and fourth in the U.S. within 12 months among men’s fragrance franchises, according to industry sources.
Giorgio Armani placed first among men’s scents and third among total fragrances worldwide for full-year 2017.
Giorgio Armani Fragrance and Beauty had a historically strong year 2018 in fragrance, with drivers including the Sì franchise and Acqua di Giò, and in beauty, according to Gautier.
In 2017, due to the ongoing success of Sì and uptick of color cosmetics sales, the brand’s beauty business passed the 1 billion euro mark.
On the retail front, Giorgio Armani Fragrances and Beauty is set to debut an Armani Box immersive pop-up experience, with a cinematic theme, in Los Angeles’ West Hollywood neighborhood in February. It will be the second Armani Box in the U.S., following one in New York last year.
Source: Read Full Article