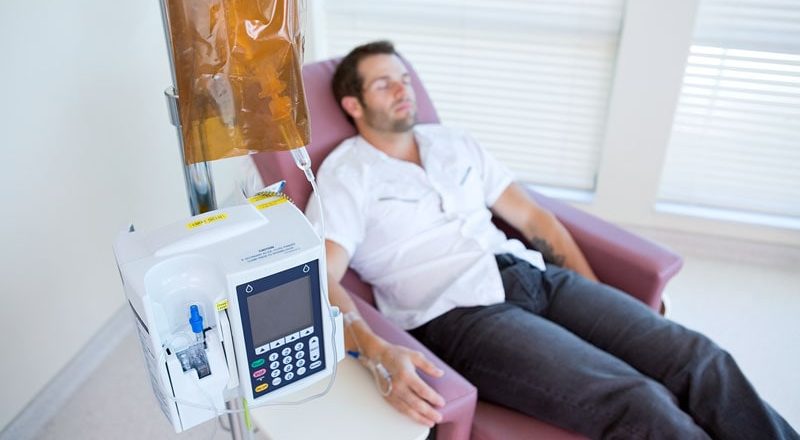 “What was unclear was what else changed that could decrease suicidal ideation and the risk for suicidal behavior. This study identifies a second new domain of improvement — namely rapid improvement in several cognitive functions that can potentially reduce suicide risk,” said Mann.

The study was published online November 2 in the Journal of Clinical Psychiatry.

A total of 78 adults with major depressive disorder and clinically significant suicidal ideation underwent neuropsychological testing before, and 1 day after, double-blind treatment with a single intravenous infusion of ketamine or midazolam.

Ketamine was linked to specific improvement in reaction time and cognitive control/interference processing — a measure that has been associated with previous suicide attempt in depression.

A subgroup of patients whose suicidal ideation did not remit on midazolam were later treated with unblinded ketamine and retested. In these individuals, reaction time and cognitive control/interference processing also improved relative to pre-ketamine assessments.

Neurocognitive improvement, however, was not correlated with changes in depression, suicidal thinking, or general mood, the researchers note.

Nonetheless, they say ketamine had a “positive therapeutic effect” on neurocognition 1 day after treatment on at least one measure associated with suicidal behavior in the context of depression.

The results suggest “additional independent therapeutic effects for ketamine in the treatment of depressed patients at risk for suicidal behavior,” they write.

“Ketamine modulates many neurotransmitter systems including glutamate transmission which is crucial for learning and memory. It increases the number of synapses or connections between neurons. These effects are fundamental to cognition and are logical explanations of the beneficial effects observed in this study,” Mann told Medscape Medical News.

“Our study helped us gain a better understanding of how ketamine works in the brain and how quickly it can improve distorted thinking. Being able to think more clearly can make someone feel less suicidal,” study investigator Ravi. N. Shah, MD, chief innovation officer, Columbia Psychiatry, said in a news release.

Reached for comment, James Murrough, MD, PhD, director, Depression and Anxiety Center for Discovery and Treatment at Mount Sinai in New York City, said the study is important and “adds to a growing understanding of how ketamine affects brain systems and thinking in the context of depression and suicide risk.”

“One reason this study is significant is that prior studies have shown that ketamine can have harmful effects on cognitive functioning in the context of ketamine misuse and exposures to high doses for long periods of time,” Murrough, who wasn’t involved in the study, told Medscape Medical News.

“In contrast in this study, a single low-dose treatment of ketamine can have the opposite effects, actually boosting some markers of cognitive functioning, at least in the short-term,” he noted.

Murrough said one caveat to the study is that it only examined the effect of ketamine on cognition once, 1 day after a single treatment.

“While this is an important initial observation, we don’t yet have any understanding of how persistent this effect on cognition is, or how this observed change may be related to any benefit ketamine may have on depression or suicide risk,” Murrough said.

“In fact, the researchers found that there was no association between change in cognitive functioning following ketamine and change in depression or suicidal thinking. The patients who showed improved cognitive function following ketamine did not differ in terms of mood or suicide risk compared to patients who did not show an improvement in cognition,” Murrough noted.

“This raises the important question of what is the relevance of change in cognition to the potential benefits of ketamine. This is an important area and should be the focus of future research in order to improve outcomes for patients with depression and who are at risk for suicide,” he added.

Also weighing in, Roger McIntyre, MD, professor of psychiatry and pharmacology and head of the Mood Disorders Psychopharmacology Unit, University of Toronto, Canada, said the study is “very interesting and in keeping” with some previous work that he and his colleagues have done showing that ketamine “seems to benefit aspects of cognition which is a core element in depression.”

“It’s a testable hypothesis that the improvement in cognition now being reported and replicated could play some role in the improved quality of life and functioning with this treatment and as well reduce reducing suicide,” said McIntyre.

This study was supported by the National Institute of Mental Health. Mann receives royalties for commercial use of the Columbia-Suicide Severity Rating Scale, which was not used in this study. Murrough’s institution (Mount Sinai) was involved in research involving esketamine (Spravato) for treatment-resistant depression and receives financial remuneration from the manufacturer of esketamine. McIntyre has received research grant support from CIHR/GACD/Chinese National Natural Research Foundation and speaker/consultation fees from Lundbeck, Janssen, Purdue, Pfizer, Otsuka, Allergan, Takeda, Neurocrine, Sunovion, Eisai, Minerva, Intra-Cellular, and Abbvie. McIntyre is also CEO of AltMed.