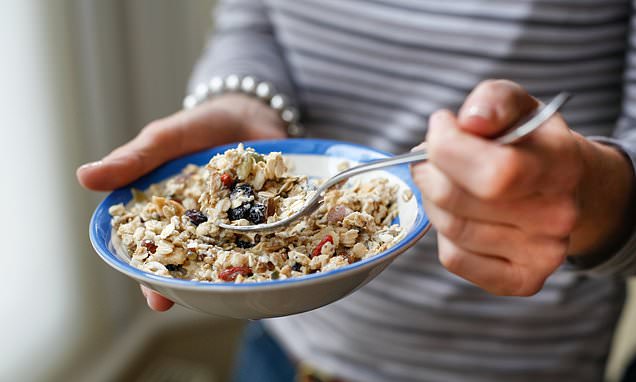 Skipping breakfast on a long term basis could raise risk of heart disease by up to 87%, study finds

Skipping breakfast could raise your risk of heart disease by 87 percent, according to a new study.

Researchers at the University of Iowa analyzed 18 years of data on 6,550 people over 40 who had no history of heart disease.

They were given regular surveys, which included the question: ‘how often do you eat breakfast?’

The team found a clear link between breakfast habits and heart disease risk – though there were some caveats. 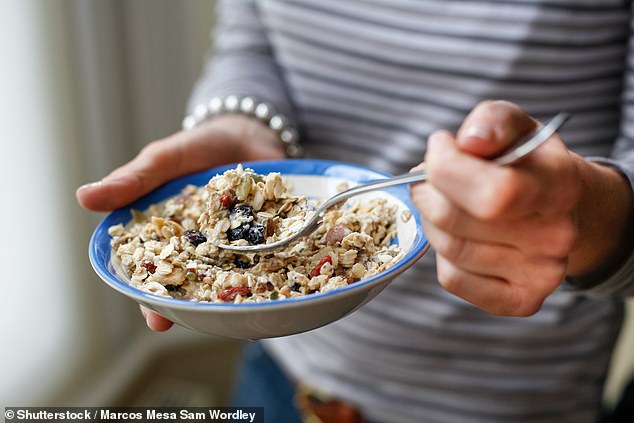 In a new study, those who didn’t eat in the morning were up to 87 percent more likely to develop heart woes

Those who didn’t eat in the morning were up to 87 percent more likely to develop heart woes.

‘Breakfast is believed to be an important meal of the day, whereas there has been an increasing prevalence of skipping breakfast over the past 50 years in the United States, with as many as 23.8 percent of young people skipping breakfast every day,’ the authors write.

‘However, studies on the health effects of skipping breakfast are sparse.’

To their knowledge, this is the first retrospective study to look at breakfast habits and cardiovascular mortality.

The team pointed to a few factors which could underlie this connection.

First, those who don’t eat breakfast may be more likely to snack unhealthily.

The findings, published today the the American College of Cardiology, come days after a similar study showed people who skip breakfast and eat a late dinner are less likely to survive a heart attack.

Skipping breakfast has long been espoused by celebrities as a diet trick. Joanna Lumley says cutting out breakfast has helped her stay slim in older age. Recently, Twitter CEO Jack Dorsey said he never eats breakfast, only dinner – and that he skips all food altogether on Saturdays – as part of a routine that he claims is meditative.

Many have suggested that Dorsey’s diet could be classed as an eating disorder, rather than, as he puts it, ‘biohacking’.

Today’s report helps to shift the debate from sub-tweets to some more serious analysis of how our food habits could help or harm us.

The new study does not, by any means, provide a concrete verdict on breakfast.

As Borja Ibáñez, MD, points out in an editorial, association is not necessarily causation.

Those who didn’t eat breakfast were more likely to smoke, scrimp on exercise, and drink alcohol.

‘Despite the elegant statistical approach undertaken by investigators to control for all these baseline disparities, there is still a chance for residual confounders,’ Ibáñez, a cardiologist, wrote.