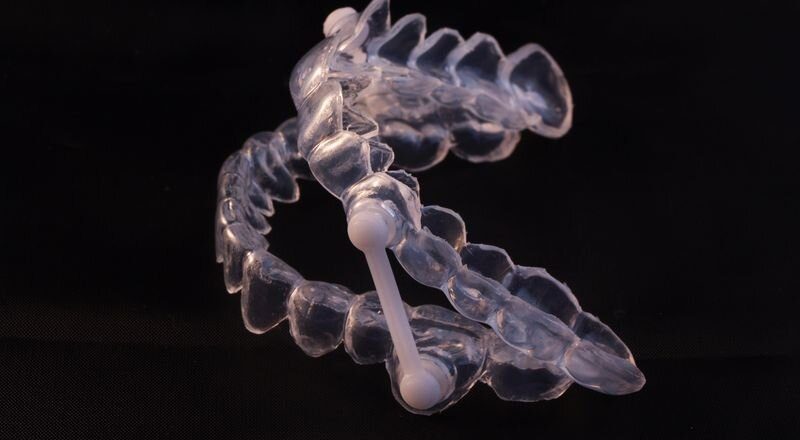 Special mouthguard may be alternative to CPAP for sleep apnea 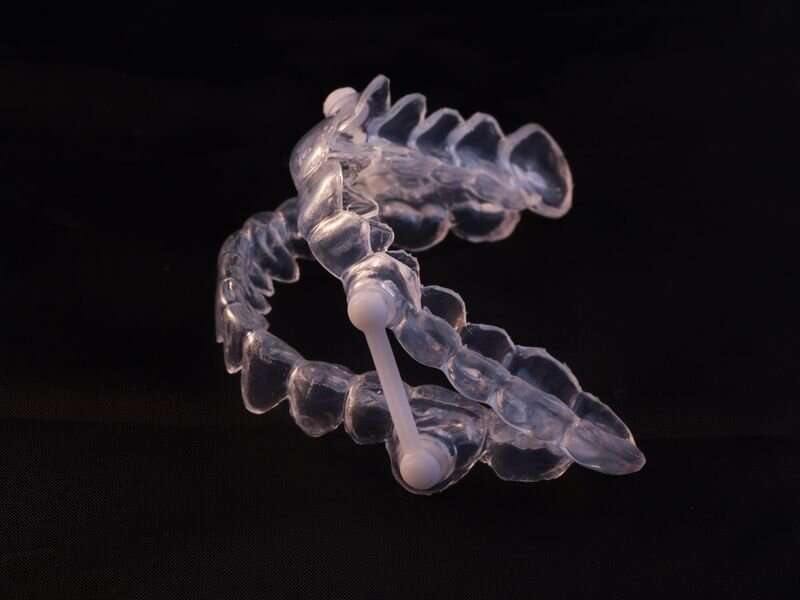 Folks with sleep apnea are typically prescribed a CPAP machine to help them get a good night’s sleep, but there’s an alternative to the clunky, noisy devices that is growing in popularity.

Oral appliances similar to mouthguards—called mandibular advancement devices (MADs)—have been shown to work as well as CPAP in treating sleep apnea for many patients, experts say.

MADs have “become a growing part of our practice. We routinely recommend and offer the oral appliance as one of the options for treatment of sleep apnea,” said Dr. Jing Wang, an assistant professor of sleep medicine at the Icahn School of Medicine at Mount Sinai in New York City.

“The oral appliances have been around for less time than CPAP, but they’ve grown a lot in popularity over the last couple of years and they can be as effective as CPAP for the right patient,” Wang said.

Obstructive sleep apnea occurs when your throat muscles relax to the point of collapse and block your airway during sleep. When this happens, your body becomes starved for oxygen and you periodically wake up for a few seconds to gasp for air.

People with severe sleep apnea can wake more than 30 times an hour while trying to get their rest, according to the National Sleep Foundation. Daytime sleepiness is the most prominent side effect, but sleep apnea also has been linked to serious health problems such as high blood pressure, heart disease and diabetes.

Sleep apnea patients given a CPAP (continuous pressure airway pressure) machine wear a mask through the night that keeps the airway propped open.

But CPAP devices can be annoying to use, said Dr. Mitchell Levine, president-elect of the American Academy of Dental Sleep Medicine.

The masks can make people feel claustrophobic, the noise of the machine can disturb bed partners, and people using CPAP can suffer from dry eyes, bloody noses and sores on their face, Levine said.

As a result, some patients are turning to oral devices to help with their sleep apnea.

These devices consist of two pieces that cover your upper and lower teeth, connected by a mechanism that uses your upper jaw as leverage to push the lower jaw forward, explained Dr. Colleen Lance, a physician in the Cleveland Clinic’s Sleep Disorders Center.

“By bringing the lower jaw forward and by getting the tongue base out of the way of the airway, you’re manually splinting the airway open,” Lance said.

MADs are similar to over-the-counter devices sold to help treat snoring, but they are custom-made by dentists working with sleep doctors, Lance and Levine said.

The upper and lower pieces are molded to your teeth, and the dentist performs a physical examination of your airway, including X-rays, to determine the exact adjustment you’ll need.

“They calculate how many millimeters forward—we’re talking about millimeters here, itty-bitty movements of the lower jaw—they would need to move the lower jaw to keep that airway open,” Lance said.

These adjustments are usually made very slowly over a matter of weeks to prevent your jaw from aching or your bite from changing dramatically, Lance said.

“Once you’re used to sleeping with the device, they very slowly start inching that lower jaw forward, millimeter by millimeter,” Lance said. “Your jaw really doesn’t like changes, and it really hates rapid changes.”

These custom devices aren’t cheap, ranging from $1,500 to $2,000, but Medicare and most insurance will cover them, experts said.

Off-the-shelf aids cost much less, between $75 and $150, according to the American Sleep Association. But “one of the biggest challenges is getting the device to stay well in the mouth. If it’s not custom fit, it’s like putting a size 10 shoe on a size 8 foot,” Levine said.

CPAP remains the gold standard for treating sleep apnea, because “we know we can get your apnea out of the equation right away. It’s a sure thing. I know I can have it for you quickly. It doesn’t matter if it’s mild, moderate or severe apnea,” Lance said.

Oral devices not for everyone

Patients these days will typically be started on a CPAP to get their sleep apnea under control, and an oral device will later be offered as a potential long-term solution, Lance said.

“Some people will have both,” Lance said. “When they’re at home doing their normal thing, they’ll have a CPAP machine, but if they travel a lot for work they’ll travel with a dental appliance.”

Currently, sleep doctors recommend these oral devices mainly for people with mild to moderate sleep apnea, Lance and Levine said. Weight also plays a factor in who will benefit from the device.

“The higher your body mass index is, the less likely the dental appliance is going to work,” Lance said. “Any extra weight is going to close that airway even more.”

But recent studies have shown that MADs might be just as effective as CPAP for some with severe apnea.

MADs provided just as much benefit as CPAP in patients with severe sleep apnea when it came to sleepiness and quality of life, according to a recent evidence review.

However, CPAP was better at reducing the number of waking events that patients experienced and improving their blood oxygen levels, the review concluded.

But a French study of nearly 350 patients found that oral appliances reduced waking events by more than 50% in two-thirds of cases of moderate to severe sleep apnea.