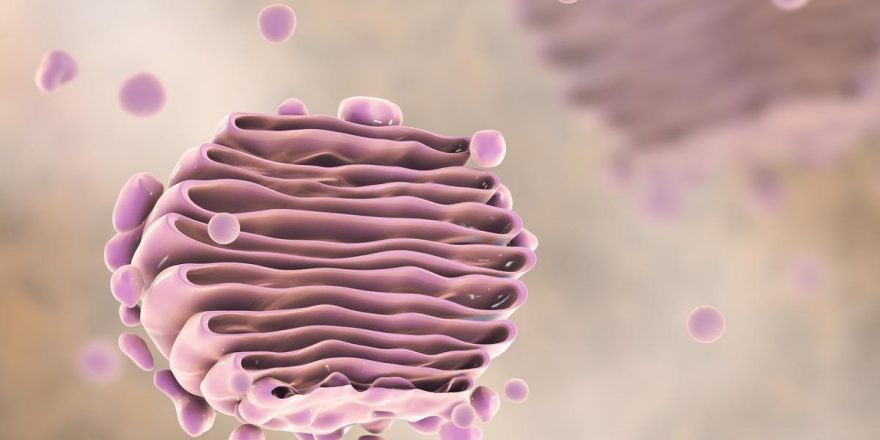 The coronavirus disease 2019 (COVID-19) pandemic caused by SARS-CoV-2 has caused an unprecedented global health crisis triggering national and local lockdowns, mobility restrictions, and (international) travel bans. More than 6 million deaths have been recorded due to COVID-19 to date, with over 453 million infections worldwide.

As it stands, vaccination is the most effective strategy to curb the spread of SARS-CoV-2. Still, the effectiveness of vaccines is compromised when new SARS-CoV-2 variants emerge with novel mutations conferring increased transmissibility and pathogenicity. Therefore, it is critical to comprehensively understand the mechanism of SARS-CoV-2 infection for developing advanced strategies for COVID-19 mitigation.

The current study investigated the interactions between SARS-CoV-2 and the host cell endomembrane system.

The researchers infected Huh7-ACE2 cells (cell line from male hepatoma tissue) with USA-WA1 strain of SARS-CoV-2 and observed significant structural changes in the Golgi system. The Golgi system was fragmented and dispersed throughout the cytoplasm in infected cells. Similarly, clathrin coats, coat protein I (COPI), and COPII were scattered in the cytoplasm.

Electron microscope and immunofluorescent analysis of the infected cells were made to elucidate the structural changes of the Golgi compartment. The expression of Golgi reassembly-stacking protein (GRASP65) and 4-Galactosyltransferase 1 (GalT) was unchanged despite the fragmentation of the Golgi complex. Microscopic visualization of the Golgi system revealed an organized, concentrated structure around the perinucleus in the uninfected cells. In contrast, SARS-CoV-2-infected cells displayed disorganized and fragmented stacks, and many virus particles were observed in the Golgi lumen.

The higher expression of TGN46 in SARS-CoV-2-infected cells indicated a possible role in the infection. Knocking down the TGN46 gene negatively affected the SARS-CoV-2 infection rate. Recapitulating the knockdown experiment on cells infected with the Delta variant produced similar results.

The findings revealed that infection with SARS-CoV-2 modulates the host endomembrane system, particularly the Golgi apparatus, and small molecules targeting the Golgi system significantly inhibited viral infection. Golgi fragmentation could be triggered by individual SARS-CoV-2 proteins such as S, M, E, and ORF3a. The expression of two Golgi proteins (TGN46 and GRASP55) was significantly affected in infected cells. Cells with higher expression of GRASP55 strongly inhibited viral infection, and depleted levels of TGN46 had a similar (inhibitory) effect.

Moreover, trafficking of S protein to the cell membrane negatively correlated with the (over)expression of GRASP55, suggesting that SARS-CoV-2-mediated downregulation of GRASP55 could facilitate viral trafficking. Thus, SARS-CoV-2 infection down- and up-regulates GRASP55 and TGN46 expression, respectively. These results suggest that the Golgi apparatus could be a novel therapeutic target in the treatment of SARS-CoV-2 infection.

Tarun is a writer based in Hyderabad, India. He has a Master’s degree in Biotechnology from the University of Hyderabad and is enthusiastic about scientific research. He enjoys reading research papers and literature reviews and is passionate about writing.