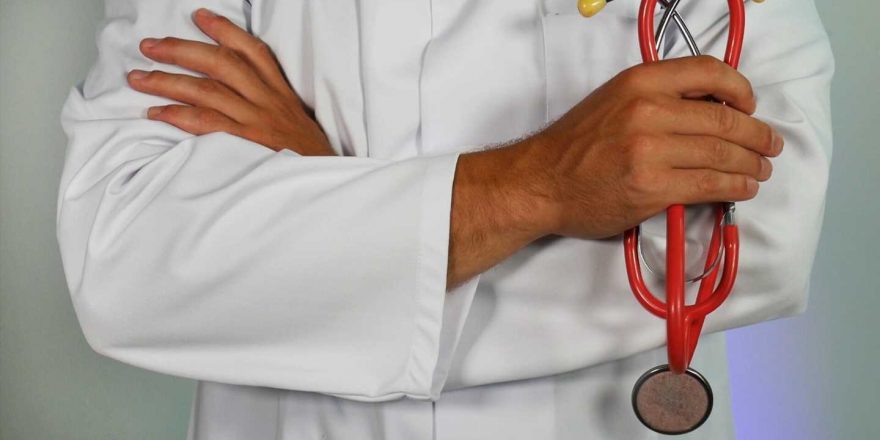 Black and Hispanic people with acute myeloid leukemia in greater Chicago were more likely to die from the disease than their non-Hispanic white counterparts, with a 59% and 25% greater risk, respectively, according to a new study led by University of Illinois Chicago researchers.

In their study published in the journal Blood, researchers examined how structural violence—neighborhood disadvantage, perpetuated by social, economic and political systems—can set the stage for poorer outcomes in patients with AML

“This is the first study to integrate individual clinical and disease-specific data with census tract data on the affluence, disadvantage and segregation levels of the neighborhoods where patients live and analyze how these domains interact to influence outcomes for patients with AML,” said Dr. Irum Khan, associate professor of hematology/oncology in the University of Illinois College of Medicine and a lead author of the study.

She added this study expands on the work of Garth Rauscher, associate professor of epidemiology in the UIC School of Public Health, whose research implicates neighborhood as a potent factor contributing to the disparities that have been documented in AML for several years.

Such structural violence, or sustained inequity, is thought to expose particular populations to elevated risks that lead to higher rates of illness, reduced access to health care and shorter lifespans. In this case, it is thought to contribute to racial/ethnic differences in leukemia-specific survival, Khan said.

Khan and her team analyzed data from the medical records of 822 patients ages 18 to over 60 who were diagnosed with AML at one of six university-affiliated cancer centers in the Chicago area between 2012 and 2018. The researchers collected information on the patients’ sex, race or ethnicity, age at diagnosis, coexisting health conditions, health insurance status and genomic features of their cancer that suggested a better or worse outlook. They also collected U.S. Census data on the neighborhoods where patients lived and categorized those neighborhoods by their level of segregation, affluence or disadvantage.

A total of 497 patients self-identified as non-Hispanic white; 126 as non-Hispanic Black; 117 as Hispanic; and 82 as other or unknown race. There were 445 males and 377 females in the study.

Black and Hispanic individuals were significantly more likely than white individuals to live in segregated, socially disadvantaged neighborhoods. Initial treatment for the patients’ leukemia showed higher use of intensive chemotherapy in Hispanic patients, possibly linked to their younger age and lower comorbidities, but similar rates were shown between Black and white patients, according to the study.

After adjusting for patients’ age, sex and the health care institution where they were treated, the researchers found that neighborhood affluence, disadvantage and segregation were all significant predictors of leukemia-specific death. An analysis to quantify the relative effects of different biologic- and treatment-specific variables and neighborhood disadvantage showed that census-tract variables could account for nearly all of the Black-white disparity in AML-related death, according to the study.

When the census-tract differences were eliminated, the increased risk of death in Black patients dropped from 60% to 4%.

Non-Hispanic Black patients were more likely than those of other races to have AML with high-risk genetic features. This suggests that further study is needed to explore whether living in disadvantaged neighborhoods is associated with environmental exposures that may heighten the risk of developing hard-to-treat forms of AML.

Treatment for AML has become increasingly more tailored to individual patients over the last decade. However, there has been a gap in factoring a patient’s social determinants of health into their treatment, which is one reason the wanted to investigate these factors, Khan said.

“We focus our energies on tailoring therapies to the patient’s physical health, as well as the molecular characteristics of the leukemia,” Khan said. “But no one’s really paid attention to the third piece in that Venn diagram, which is the social determinants of health, both individual as well as the neighborhood, which represents the continuum of their experiences—their access to food, access to healthy spaces to stay fit and active, transportation, access to clinical care when needed.”