Home » Health News » Surgery patients are getting older every year 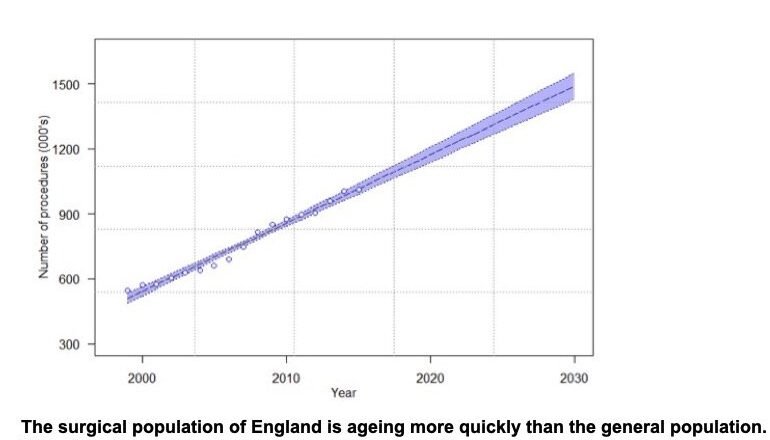 Surgery patients are getting older every year 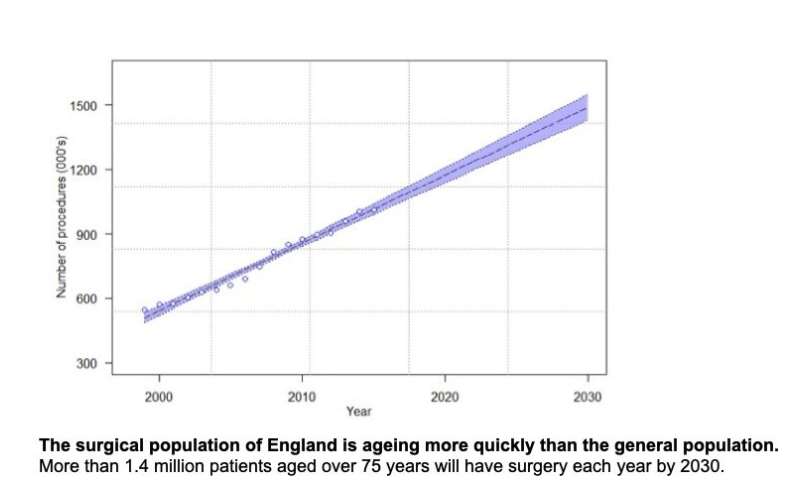 A new BJS (British Journal of Surgery) analysis reveals that people undergoing surgery in England are getting older at a faster rate than the general population.

If current trends persist, by 2030 more than 1.48 million people aged 75 years or older will have a surgical procedure each year. This represents one in ten people in England and one in five people among those aged 75 years or older. Conservative estimates suggest that these operations will cost in excess of €3.2 billion.

Because advancing age is linked with a higher risk of complications and death after surgery, the findings indicate that healthcare policies must adapt to ensure that surgical treatments remain safe and sustainable as the surgical population ages. Also, a public debate about the risks and benefits of some operations for elderly patients may be needed. Finally, there is no reason to think England is a special case, so it is likely these findings are relevant to other European countries.