Home » Health News » Taraji P. Henson Speaks Out About Fighting the Stigma of Mental Health Issues: 'It's Okay Not to Be Okay' 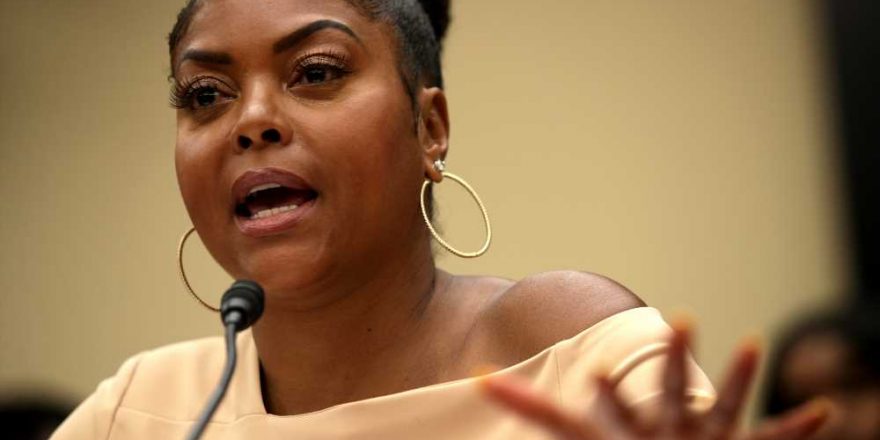 Taraji P. Henson Speaks Out About Fighting the Stigma of Mental Health Issues: 'It's Okay Not to Be Okay'

“The suicide rate has taken off,” the Empire star tells PEOPLE. “It amazes me that 5-year-olds are contemplating suicide. That’s a word you shouldn’t even understand at five years old.”

Henson adds, “We don’t talk about mental health, we don’t deal with it. For generations, we’ve been told it’s a weakness, to pray our problems away – and that’s just not gonna cut it.”

On Friday, the actress urged members of the Black Caucus to join her in talking about mental illness – and getting people the help they need. “I’m only one voice. I need help,” she tells PEOPLE, adding that she wants mental healthcare to be taught in schools.

“If we can teach children about sex education and physical education, why not mental?” she says. “That’s where we start attacking this issue: with the children.”

Henson argues that if mental healthcare becomes a part of the school curriculum, then parents will be forced to talk about mental health care with their kids. “You’ve got to help me with my homework,” she says.

Henson continues to speak out about her own struggles with anxiety and depression. “I feel like I’ve really found my purpose,” says the star, who named her organization to honor her father, a Vietnam veteran who suffered from both PTSD and manic depression. “It’s hard,” she says. “But he knew it and he was able to get the help that he needed.”

And Henson tries to focus on the positive memories of her dad. “Why focus on the negative? He’s not here. It wasn’t all bad with my dad. He had his moments. But when you’re dealing with mental illness, that’s what you’re gonna have. But most of the memories were good,” she says. “I miss him. He needs to see me now.”

Her father died in 2005, just two years after her son’s father, William Lamar Johnson, “was murdered, brutally, here in Washington, D.C.,” she recalls. “It was time for us to get help.”

Following that difficult time in her life, Henson says, finding a therapist she could trust was hard. “It was like looking for a purple unicorn with a 24-carat-gold-horn. I say that jokingly, but it’s serious,” she shares. “The reason why we don’t have many psychiatrists of color, or psychologists of color, or therapists of color, is because we don’t talk about it at home.”

Now, she talks to her therapist twice a week. In person, if she’s in town and if not, she chooses to Skype or Facetime.

“I can call her at any time I’m having a moment and she’s there,” Henson says. “I was blessed enough to find someone I really gel with. She gets me.”

The mother of one and her fiancé Kelvin Hayden sometimes meet with her therapist together. “I want people to know it’s okay,” she says. “I don’t know what human is not suffering from some sort of anxiety or depression.”

But Henson adds that she’s still grieving her father. “It’s not something you just get over. You learn to deal with it,” says the actress, who still worries about her son.

“As a parent, I’m constantly scared,” she says. “I live in constant fear of my son getting pulled over by the cops. That is very real for every black parent. That’s anxiety.”

By Friday evening, Henson’s voice was already hoarse as she gave interviews to reporters at the Newseum, and posed for pictures with partygoers while hosting a benefit dinner to kick off a weekend conference discussing mental health issues in the African American community, called, “Can We Talk?”

“I felt that if a face or a personality you could trust would come forward to say, ‘Hey, you know, I suffered too – that would make others feel safe. I’ve had a few friends call me and say, ‘Bravo, thank you so much, you have no idea what I go through,” she says. “Tyrese called and said, ‘Oh my God, what you’re doing is you’re making it cool for people to talk about mental illness.’ I’m already doing my job. As long as people are talking about it.”

Henson adds, “It’s okay not to be okay. Just talk about it.”