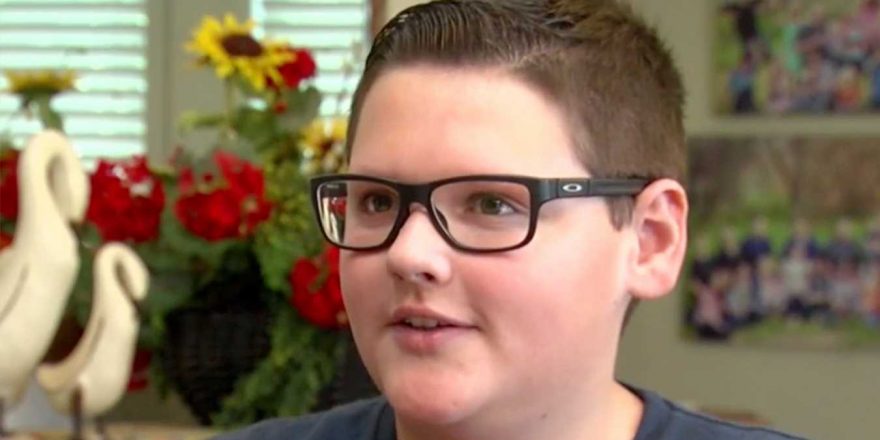 When 13-year-old Austin Hardison received a smartwatch for Christmas last year, he probably had no idea that it would one day lead to a heart condition diagnosis.

The Arizona teen said that he felt lightheaded one day this month while watching television, and his smartwatch alerted him that his heart rate was extremely high at 219 beats per minute, local news station ABC 15 reported on Monday.

The alert led to the discovery of a heart disease that he’s had since birth called Wolff-Parkinson-White Syndrome.

“I started feeling light-headed and I looked down at my heart rate and it said 219,” Austin told the outlet. A healthy resting heart rate is between 60 and 100 beats per minute, according to the American Heart Association.

Austin’s mom, Lynsey, told ABC 15 that she thought anxiety over the upcoming school year could have been affecting her son’s racing heart rate.

“I knew school was starting next week and he was getting a little anxious for that, and I thought maybe it’s just anxiety,” Lynsey said.

But to be safe, Lynsey took Austin to the hospital, where he was diagnosed with Wolff-Parkinson-White Syndrome, a common cause of a rapid heart rate, or tachycardia, in infants and children, according to MedLine.