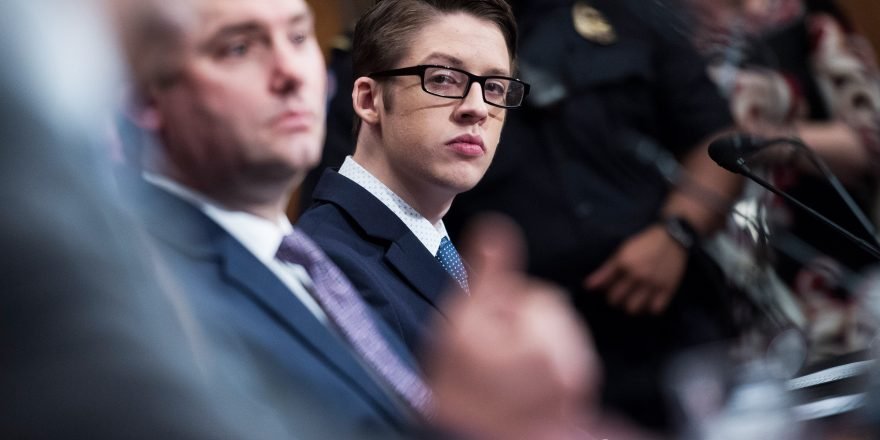 There is no scientific link between vaccines and autism, according to the Centers for Disease Control.

Ethan Lindenberger, the teen who got vaccinated against his parents’ wishes, testified before Congress on Tuesday, telling lawmakers that his mom started to reject the idea of vaccinations after being exposed to anti-vax groups on Facebook.

The 18-year-old from Ohio spoke to the Senate Committee on Health, Education, Labor and Pensions about how he came to the decision to get vaccinated on his own, and how his parents developed their unfounded beliefs that vaccines are unsafe.

The Centers for Disease Control and several large studies have confirmed that there is no link between vaccines and autism.

Lindenberger told the Senators that there is a need for “credible” information about vaccines to counter the inaccurate blog posts and articles on social media. He said that his mother had fallen prey to “deeply rooted misinformation” online, primarily on Facebook, according to NPR.

The high school senior said that these online groups “instill fear into the public for their own gain, selfishly” and “should be the primary concern of the American people.”

When asked where he gets his information on vaccines, Lindenberger said, with a laugh, “Not Facebook,” and said he instead goes to the “CDC, World Health Organization, scientific journals and also cited information from those organizations . . . accredited sources,” according to the Washington Post.

He added that his parents were not intentionally ignoring facts, and that they turned against vaccines because they thought it would protect their kids. Lindenberger is the third of seven children — his oldest sister is fully vaccinated and his older brother has some of his vaccinations, but he and his four younger siblings were not given their childhood vaccinations.

Lindenberger’s views shifted away from his parents’ when he approached high school, saying, “[I] began to critically think for myself, I saw that the information in defense of vaccines outweighed the concerns heavily.” In November he looked for advice on Reddit abut how to get vaccinated, and has since had his HPV vaccination and the flu shot, with plans to get the rest of the usual childhood vaccinations, like the ones for measles, mumps and rubella.

In a separate interview with the Washington Post, Lindenberger said that his mom’s disagreements about vaccines were “really frustrating.”

“I knew if I were to continue arguing and push my stance, even if it was correct, I wouldn’t get anywhere,” he said, and added that she refused to believe the information he cited from the CDC. “She didn’t trust any sources. She thought vaccines were a conspiracy by the government to kill children.”

Lindenberger said that Facebook needs to stop allowing the spread of misinformation. He said that part of the problem is that anti-vax support “looks legitimate” on the site.

“People can skim over that, but it’s a huge problem,” he said.

Facebook told the Washington Post  in February that they’ve “taken steps to reduce the distribution of health-related misinformation on Facebook, but we know we have more to do.”

“I feel like if my mom didn’t interact with that information, and she wasn’t swayed by those arguments and stories, it could’ve potentially changed everything,” Lindenberger said. “My entire family could’ve been vaccinated.”