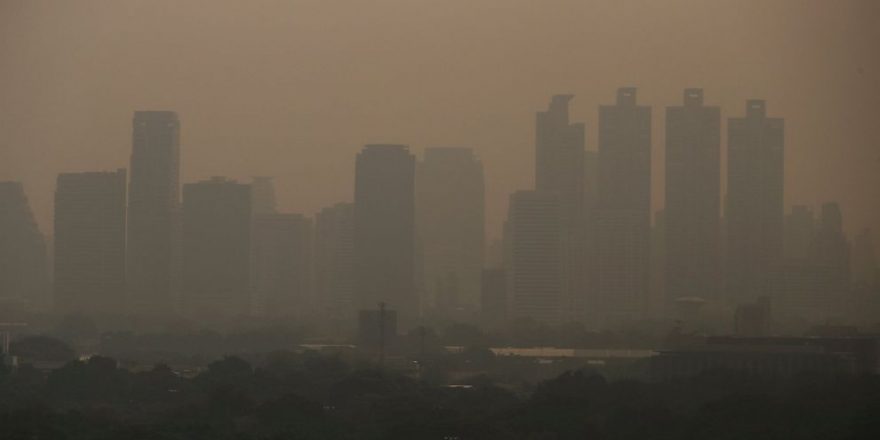 Thailand’s prime minister has urged people in Bangkok to wear face masks to filter out unhealthy air pollution as smog enveloped the capital.

Prime Minister Prayuth Chan-ocha warned in a statement on his Facebook page Monday that the concentration of tiny dust particles had reached unsafe levels and said he ordered government agencies to expedite anti-pollution measures. He also asked cooperation from the construction and manufacturing sectors.

The head of the country’s Pollution Control Department, Pralong Damrongthai, said the visibly dirty air was not caused by the smoke originating from forest fires in Indonesia.

Pralong told Thai PBS television that the dust had been captured by still air and high humidity, which was then trapped near ground level by a temperature inversion, in which warm air sits atop cooler air.