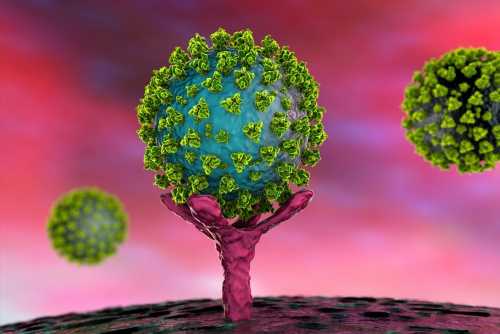 The effect of amino acid substitutions in variants of concern on RBD:ACE2 bond kinetics

In a recent study posted to the bioRxiv* preprint server, researchers explored the effects of mutations in the severe acute respiratory syndrome coronavirus 2 (SARS-CoV-2) variants of concern (VOCs) on viral transmission.

Viruses are able to continually adapt to their host cells because they mutate in response to a range of selection forces. SARS-CoV-2 mutations have demonstrated excellent population immunity evasion and enhanced affinity towards host factors, particularly the cellular receptor angiotensin-converting enzyme-2 (ACE-2). But forces in the respiratory tract impact binding partners, prompting the question of affinity as well as force-stability exhibited by the SARS-CoV-2:ACE2 bond may be a factor in the selection of mutations.

In the present study, researchers examined the impact of amino acid changes in SARS-CoV-2 VOCs on the kinetics of the receptor-binding domain (RBD): ACE2 bond In the presence and absence of an external load.

The team proposed fusion protein constructs consisting of the human ACE2 receptor ectodomain connected via a polypeptide link to the SARS-CoV-2 RBD for the wild-type (wt) strain as well as the SARS-CoV-2 Alpha, Beta, Delta, and Gamma VOCs. The tethered ligand complexes and a magnetic bead were attached to a glass surface. Using magnetic tweezers (MT), the team examined the interaction between RBD and ACE2 under varied amounts of constant force.

Also, the recurrent binding and dissociation of the interaction between ACE2 and SARS-CoV-2 RBD under varying stresses were assessed. Furthermore, the team described the force stability using F1/2, which is the midpoint force where there is an equal probability of locating the system in either dissociated or bound conformation.

A two-state model was fitted to the fraction dissociated (fdiss) to derive F1/2. The dwell durations of the bound and dissociated states were determined as a function of force. The unimolecular equilibrium constant KDTL as well as the bimolecular dissociation constant KD, sol were normalized to the wt and compared for the VOCs.

At forces greater than 25 pN, ACE2 unfolded with a distinctive unfolding signature, allowing the identification of certain tethers. At forces less than 10 pN, when the protein domains are in a folded configuration, the linker ensures that the ligand and receptor remain close to one another during dissociation, facilitating re-binding.

At low forces, the bond is largely established but raising the force results in extended periods of dissociation between the binding partners. Quantifying the force dependency of the RBD:ACE2 interaction allowed access to the equilibrium force stability as well as the kinetics of the interactions.

The mean dwell durations, taudiss and taubound, reflected an exponential dependency on the force. The overlapping of the dwell periods in the bound and dissociated states provided an alternate method for determining the midpoint force F1/2.

The team found excellent concurrence in absolute values and the differences between VOCs whose F1/2 values were calculated employing the two-state model. For all structures, the dissociated state's lifetimes rise exponentially with rising force. In contrast, the bound state's lifetimes were reduced with the force associated with all VOCs. Nonetheless, the dependency of taubound on force varies amongst VOCs.

In keeping with the discovery of a greater F1/2 for SARS-CoV-2 Alpha, the team noted a higher taubound for Alpha than for wt across the whole observed force range, indicating a greater force-stability of Alpha. The other volatile organic compounds have comparable lifetimes in the bound state relative to wt under force, consistent with their identical F1/2 values.

The force dependency of the bond lifetime varies significantly amongst VOCs, resulting in vastly differing extrapolation lifetimes in the absence of load for tau0, bound and tau0, diss. The team observed good concordance between the affinities calculated in the single-molecule test and the values obtained from traditional affinity measurements, indicating that the constant force MTs observations are sufficiently close to equilibrium to permit extrapolation to zero force.

The study findings showed that the tethered ligand assay could effectively evaluate the affinity and force stability of various SARS-CoV-2 VOCs that bind to ACE2. Unlike conventional bulk affinity assays, the assay provided further information about dynamics and bond stability under mechanical strain, simulating the realistic binding conditions in the respiratory tract's dynamic environment. While the SARS-CoV-2 Alpha, Beta, Gamma, and Delta VOCs have larger affinities to ACE2 compared to wt, only the Alpha VOC had greater force stability.

Bhavana Kunkalikar is a medical writer based in Goa, India. Her academic background is in Pharmaceutical sciences and she holds a Bachelor's degree in Pharmacy. Her educational background allowed her to foster an interest in anatomical and physiological sciences. Her college project work based on ‘The manifestations and causes of sickle cell anemia’ formed the stepping stone to a life-long fascination with human pathophysiology.