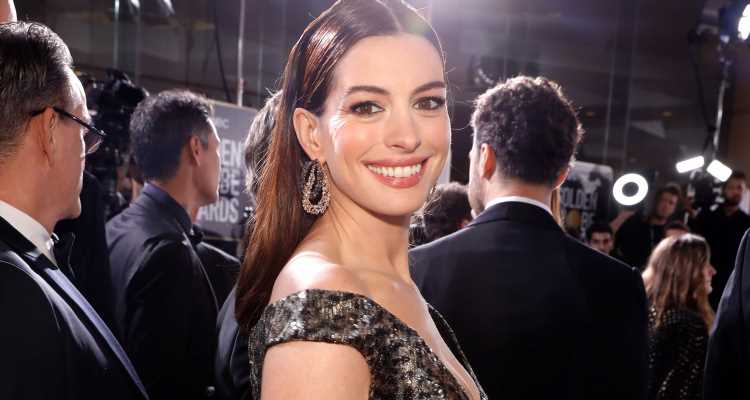 We’ve said it before and we’ll say it again: diets are not a one-size-fits-all thing. And one only needs to look to Anne Hathaway for proof.

A decade ago, the actress was practically the poster child for a plant-based lifestyle – she sang it’s praises for helping her trim down for multiple roles (Les Misérables and the Dark Knight Rises, to name but a few) and even served an entirely vegan spread at her wedding in 2012. But just a few years later, a meal with Matt Damon tested her commitment to the cause.

#SandraBullock, you’re even more delicious than the cream puffs you sent over #oceans8

It all started when the pair were out for dinner at a Michelin-starred restaurant in Iceland. The actor told the waiter he would have whatever the chef served him, while Anne tried her best not to be difficult with her dietary requirements.

“So, then I was the only chick and I’m the vegan and everyone’s just going with the flow,” she explained in an interview with Tatler. “So, I asked [puts on a small embarrassed voice]: ‘Is your fish local?’ and they said: ‘Do you see that fjord [out the window]?’”

Almost immediately, she felt the effects: “I had a piece of salmon and my brain felt like a computer rebooting.”

The mum-of-one previously opened up about how much of a toll the restrictive diet had taken on her body, especially while on the set of Interstellar, where she had to wear an 18kg space suit every day.

“I just didn’t feel good or healthy… not strong,” she told Harper’s Bazaar, adding that after the salmon incident she “just felt better.”

These days, the 36-year-old sticks to a Paleo-style eating regime that includes lots of fish and poultry.