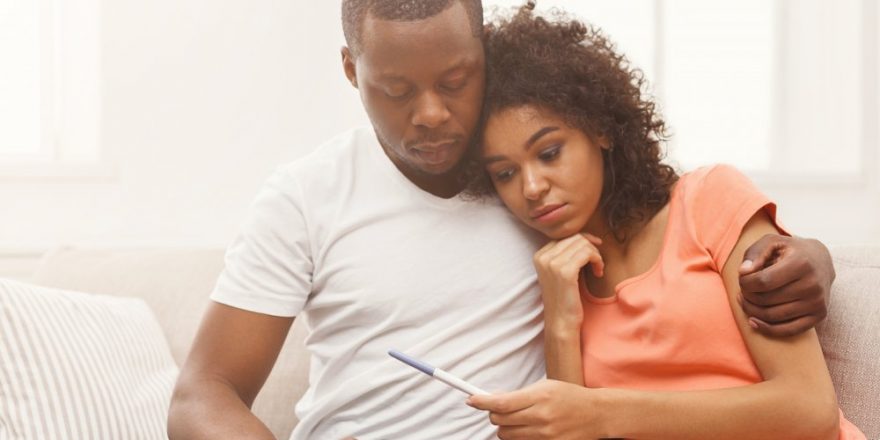 The tragic truth of phantom pregnancy

Swelling of the breasts, nausea, weight gain — sounds a lot like pregnancy right? Well, not always. A phenomenon called pseudocyesis, or a phantom pregnancy, is when a person’s body tells them they are pregnant even though they really aren’t. Symptoms like weight gain, morning sickness, mood swings, and backaches may all occur without the reality of an actual pregnancy. This isn’t a miscarriage either. There is no conception involved, yet the side effects exist and lead some women to believe they are expecting. So while a woman may believe she is pregnant, and others around her may also believe this to be true, there is no actual baby involved (via What to Expect).

Phantom pregnancies can effect everyone

The most interesting part is that this phenomenon doesn’t only affect women, but men too. This is called a sympathetic pregnancy. It’s still largely unknown why these symptoms occur in men and women. Some researchers believe it is physical while others believe it is psychological and a result of trauma (via WedMD).

Pseudocyesis may happen after a miscarriage, infertility, loss of a child, or a mental breakdown. Moreover, ovarian tumors and a chemical imbalance can also trick the body into thinking it is pregnant (via American Pregnancy Association). In some situations, a person may have elevated levels of estrogen or prolactin which can cause some symptoms of pregnancy.

People who gain weight or have a discernible bump may actually be experiencing a build-up of feces, gas, fat, or urine. False pregnancies occurred in 1 out of every 250 pregnancies in the 1940s and have since declined to between 1 and 6 cases out of 22,000 births. The average age for someone experiencing a phantom pregnancy is 33 years old, but some cases have been as young as 6 and as old as 79 (via Healthline).

There isn’t any known treatment for someone who suffered a phantom pregnancy since little is known, but ultimately an ultrasound showing the patient that they are not pregnant is the best way to end a phantom pregnancy. Symptoms from a false pregnancy can last a few weeks, nine months, or several years.

It’s important to realize that phantom pregnancies are very rare, but they do happen. Women experiencing this will have a recovery process and will struggle with grief (if the pregnancy was wanted). Emotional support is necessary for any person dealing with the aftermath.