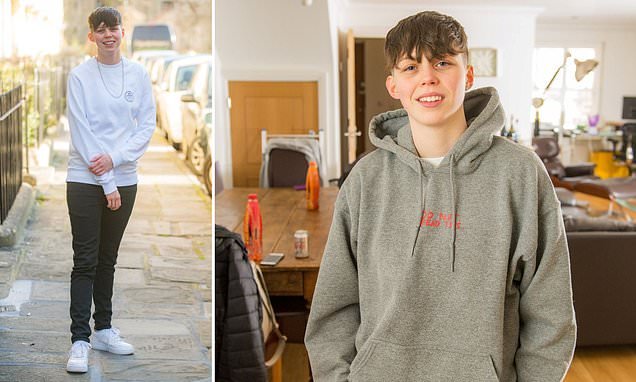 Transgender teenager is raising money to freeze his eggs

A transgender teenager who fears hormone therapy will leave him infertile is looking to freeze his eggs.

Charlie Scarterfield, 17 – born Rosie – is due to start testosterone treatment later this year but worries how it may affect his chances of being a parent.

After going to his GP with his concerns, Charlie, of Bath, was told the NHS only funds egg freezing when there is a ‘real medical reason’ and he should ‘start saving’.

The teenager has therefore launched a crowdfunding page to ask strangers to donate £5,000 so he can preserve his eggs before starting testosterone therapy.

He made the decision with the support of his girlfriend of three months Olivia, who plans to one day be the surrogate of Charlie’s child so it is biologically his. 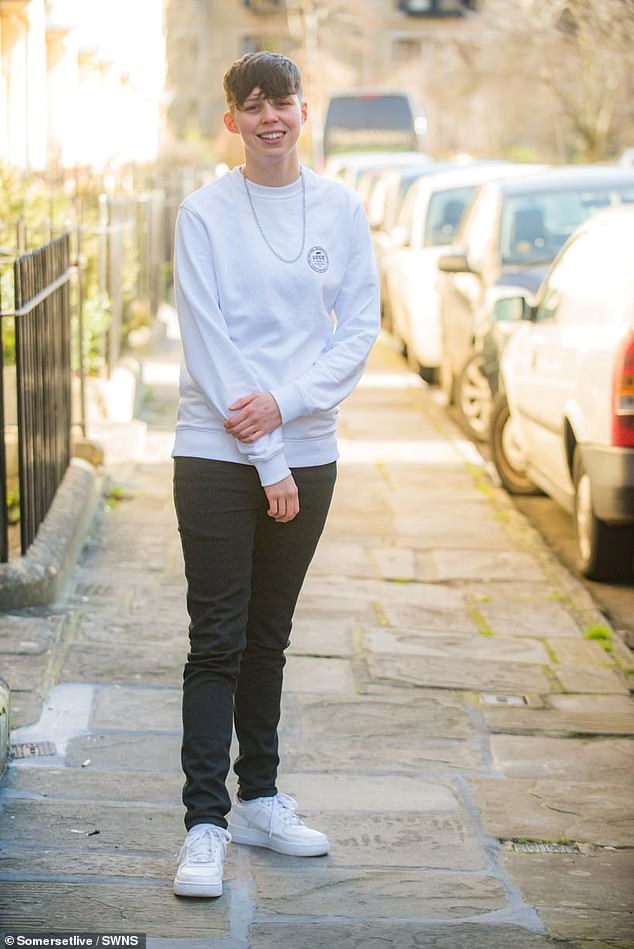 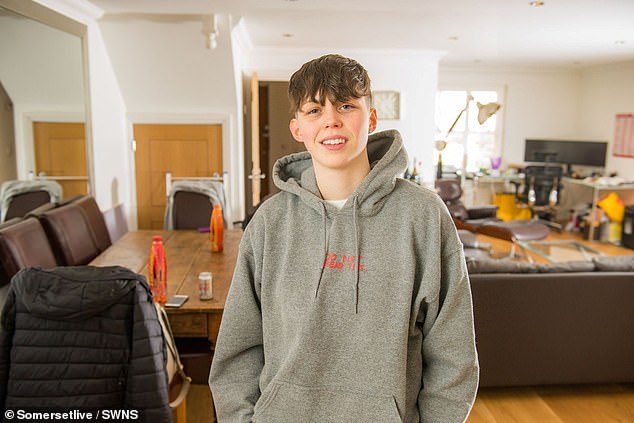 Charlie claims his GP told him to ‘start saving’, with the NHS not funding fertility treatment for transgender people, only those on ‘other medication that stops them being fertile’

Speaking of his decision to freeze his eggs, Charlie said: ‘I’ve always wanted my own biological kids. It’s just a huge thing to me.

‘I’m so desperate to start testosterone. I just know in a couple of years it will be my biggest regret of my life if I don’t.’

Funding for fertility treatments is decided locally by Clinical Commissioning Groups, but Charlie is not optimistic he will qualify for financial NHS support.

‘I went to the doctor’s the day after I set up the GoFundMe because I wasn’t 100 per cent sure I had to pay,’ he said.

‘But the doctor said “you better start saving because the NHS can’t fund it for transgender people, only people on other medication which will stop them being fertile.”

Outraged, Olivia – who declined to disclose her surname – added: ‘Basically the answer they told us was that unless there is a real medical reason there’s no chance of getting funded.

‘But being transgender can affect people just as bad as a physical illness that you can see. Why should he be punished because he wasn’t born in the right body?’

Charlie is therefore asking strangers to help him raise £5,000 towards the treatment, despite it costing up to £8,000 overall, according to The Human Fertilisation and Embryology Authority.

Prices rise when you factor in yearly storage fees and paying for the eggs to be implanted when the time comes.

As well as asking for donations, Charlie is working part-time as a kitchen hand at a pub, alongside studying, to help fund the fertility treatment.

‘Everything I’m earning at the moment, even some of my Christmas money, is going towards the egg freezing,’ he said.

‘I do need help from other people, but I want to save as much as possible myself, I don’t want to just expect other people to do it.’

Should donations exceed what he needs, Charlie plans to spend the extra funds on having his chest reconstructed or the annual cost of keeping his eggs frozen. 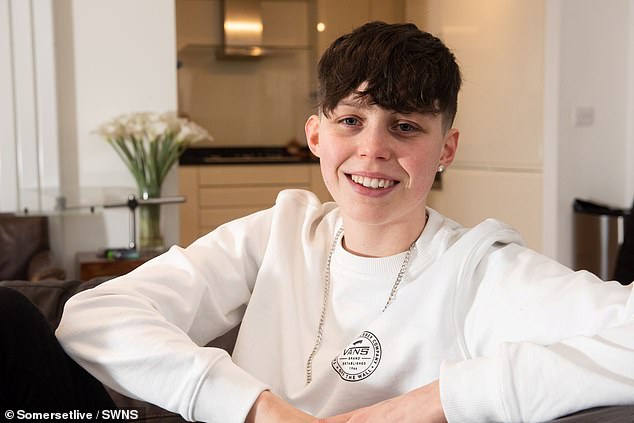 Charlie – who has endured years of bullying and discrimination over his decision to transition – is asking the public to help him raise £5,000 towards freezing his eggs. He hopes to one day start a family with his girlfriend of three months Olivia, who will be the surrogate

Despite being born female, Charlie identifies as a boy and has endured years of bullying and discrimination that left him with serious mental health issues.

Writing on his GoFundMe page, Charlie said: ‘I was always a “tomboy” and preferred to wear tracksuits and jeans rather than dresses.’

But it was not until he started puberty aged 12 that Charlie realised he had been born in the ‘wrong body’.

‘I developed breasts, had periods and hated the way I looked,’ he said. ‘I was trapped in the wrong body but kept it to myself.’

After finally accepting his gender identity, the teen made the difficult decision to freeze his eggs before he started a relationship with Olivia.

‘It was a decision Charlie made before we got together but obviously we hope in the future it is something we do together,’ Olivia said.

‘It’s definitely something we talk about a lot and I’m fully supportive of the [crowdfunding] campaign as it’s so important to Charlie to be able to have the option.’

Charlie added: ‘When I met Olivia it gave me hope that I can actually have a family with someone.’

DOES HORMONE THERAPY WHEN TRANSITIONING AFFECT FERTILITY? AND WILL THE NHS PAY FOR EGG FREEZING?

Transgender people who were born female and are transitioning to have more masculine characteristics may want to consider freezing their eggs before starting testosterone treatment.

Those who would like to one day have biological children should consider freezing their eggs before starting testosterone treatment or having surgery.

Genital reconstruction surgery – such as the removal of the ovaries, womb or fallopian tubes – may prevent them having biological children unless they use a surrogate.

Whether the NHS will pay for egg freezing for transitioning people is not straightforward.

Funding for storing eggs – as well as sperm and ovaries – varies depending on where you live.

In England, decisions are decided locally by Clinical Commissioning Groups, some of which will fund fertility preservations and some will not.

NICE – which gives guidelines to CCGs on who should be treated on the NHS – does not offer guidance on fertility preservation for those with gender dysphoria.

Scotland, Wales and Northern Ireland make their own decisions.

Those concerned should speak to their GP to find out what is available in their local area.