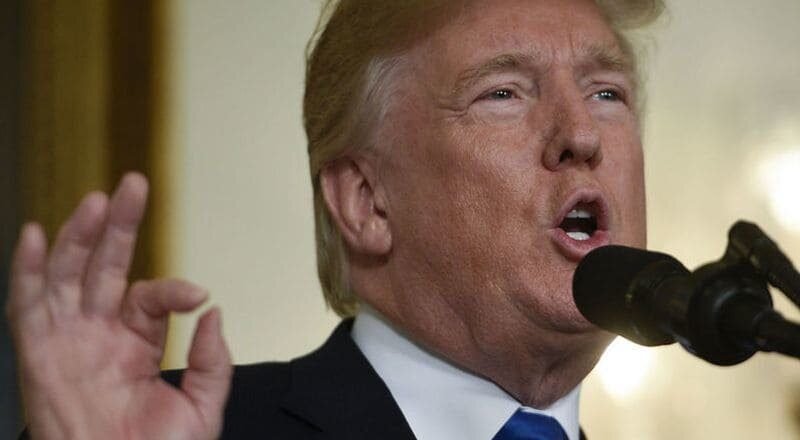 Trump’s goal of no new HIV cases by 2030 is possible, health officials say

(HealthDay)— In his State of the Union address Tuesday night, President Donald Trump announced his administration’s plan to rid the United States of new transmissions of HIV by 2030.

“Together, we will defeat AIDS in America and beyond,” the president told the nation.

At a follow-up media briefing Wednesday morning, leading federal health officials outlined just how that mission might be accomplished.

He’s assistant secretary of the U.S. Department of Health and Human Services.

Over 1 million Americans are currently living with HIV.

Federal government scientists have been coordinating for months on the new plan, which combines broader efforts to stem transmission of HIV with better treatment for people who are already infected.

Getting more people tested for the virus is vital, Giroir told reporters Wednesday.

“We have tremendous strategies of how we can detect and bring people into treatment early,” he said, “and we know 90 percent of new infections are transmitted by people who are undiagnosed and not in effective care.”

In 2018, “there were a little over 38,500 new infections in the United States,” he said. To help pinpoint where the need for testing and treatment was greatest, “we actually lifted the number of infections in each county, and that allowed us to sort of rank the counties in terms of how they were contributing to the annual infections in America.”

Redfield said he was “shocked” to see that just 48 out of 3,000 counties in the United States accounted for half of all new HIV infections.

“It showed we had a very geographically focused outbreak, that if we could augment the capacity of those 48 counties to respond to new infections we could drastically reduce the number of new infections,” he said.

HIV researchers and patient advocates have long known that the virus hits certain groups hardest, most notably gay and bisexual men of color. Communities with high levels of this subgroup may benefit the most from targeted interventions, experts say.

Then there’s the issue of treatment— both to prevent new infections and control existing infections.

One recent advance has been the emergence of drugs like Truvada, which are used for both treating active infection and as “pre-exposure prophylaxis” (PrEP)—a preventive strategy for people deemed at high risk for infection.

Dr. Anthony Fauci directs the U.S. National Institute of Allergy and Infectious Diseases and has long been on the forefront of the fight against HIV/AIDS.

Speaking at the Wednesday briefing, he stressed that “if you treat an individual and bring their viral load to below detectable levels, they will not transmit their virus to another individual.”

“We know pre-exposure prophylaxis works in more than 97 percent of the cases,” Fauci said. So, “if you put those two together, you could theoretically end the epidemic as we know it. That’s our goal.”

The path to such hope has been an arduous one.

In the 1980s and 1990s, HIV/AIDS became a seemingly unstoppable epidemic. The virus crippled the immune systems of otherwise healthy people, leaving them vulnerable to lethal “opportunistic” infections.

Millions of people worldwide have died from HIV, but the advent of potent antiretroviral drug cocktails in the mid-1990s revolutionized care, keeping viral levels down to undetectable levels and stopping the onset of AIDS.

Brian Mustanski directs the Institute for Sexual and Minority Health and Wellbeing at Northwestern University’s Feinberg School of Medicine in Chicago. He agreed that the elimination of new cases of HIV infection by 2030 is possible—given certain conditions.

“If we are going to end HIV transmissions in the U.S., we need research to help understand how to effectively deliver the right interventions to the right communities at the right time,” he said.

“Every 44 minutes, a 13- to 29-year-old gay or bisexual man in the U.S. gets diagnosed with HIV,” Mustanski added. “These diagnoses are disproportionally among young men of color—the only group in the U.S. to show increases in the rate of annual diagnoses. Any plan to end HIV transmission in the U.S. must center on the needs of young gay and bisexual men of color in order to be successful.”

Mustanski believes that any plan aimed at eradicating HIV transmission within a decade must make PrEP available to these underserved communities.

“We have highly effective approaches to preventing HIV transmission today, but they are not effectively reaching the communities who need them most,” he said.

More must also be done to raise HIV testing rates, because undiagnosed carriers of HIV are more likely to infect others.

“Only a quarter of sexually active teen gay and bisexual boys have ever had an HIV test,” Mustanski noted. “As a result, only about half of young people in the U.S. who are HIV-positive know their status, which is the entry point to lifesaving treatment that can also eliminate transmission.”