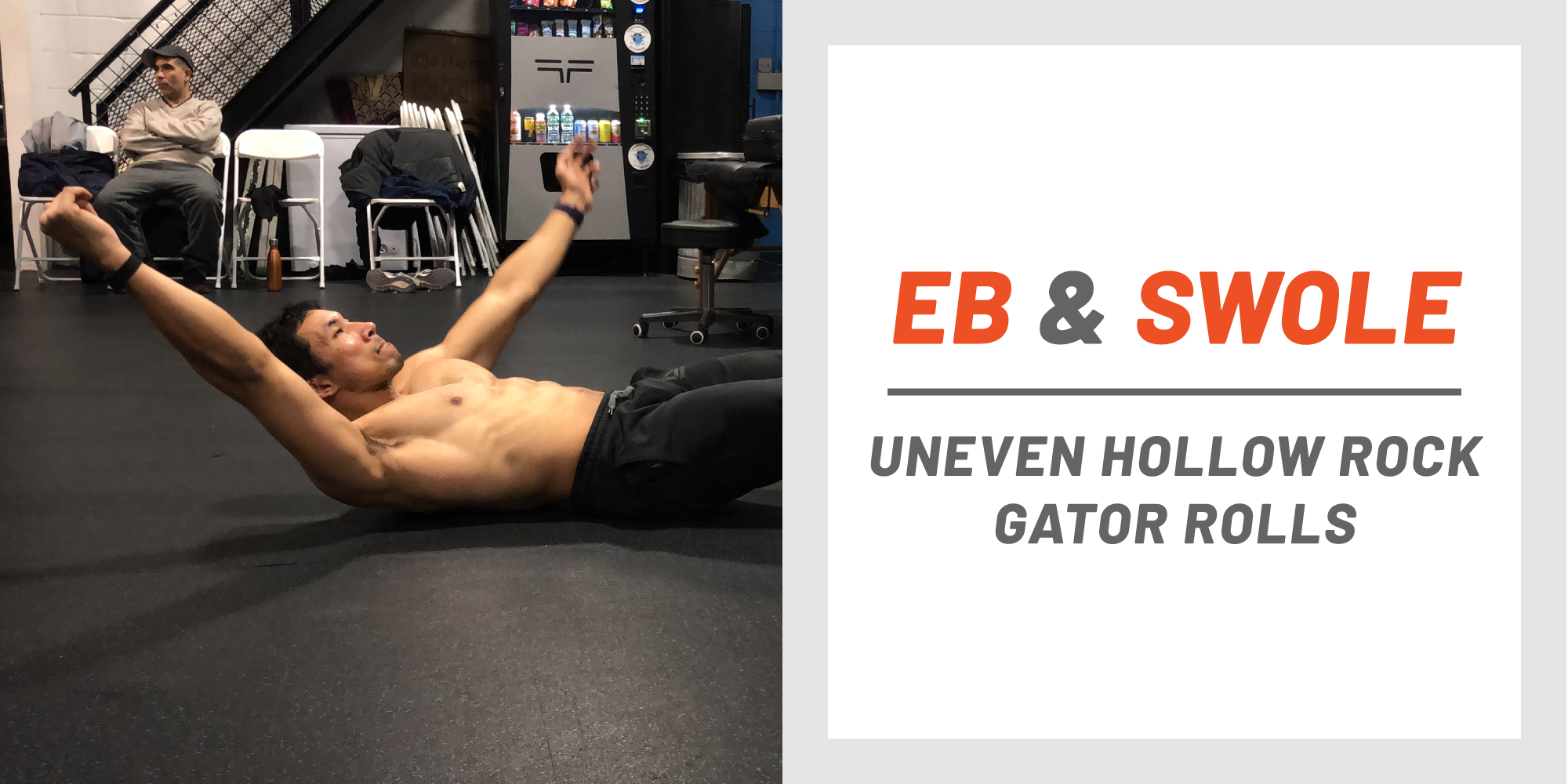 If you’ve ever taken a trip with us through hollow body hell, get ready for another ab scorcher that’s designed to put your core to the test. This hollow body rock challenge adds some extra groundwork to make its effects more animalistic—which can only be a bonus for your six-pack situation.

First, you’ll use the uneven hollow body rock to hone your core’s stability. Even though there are no weights involved, it’ll still be tough. “Having that arm out to the side is going to throw off the dynamic to your hollow rocks ever so slightly,” says Men’s Health Fitness Director Ebenezer Samuel, C.S.C.S.

But you’re only getting started. The challenge gets interesting when you add in gator rolls, a move reminiscent of the big reptile’s killing maneuver. “You going to think this is easy, but it’s actually pretty tricky and core intensive,” Samuel says. “You’re not just rolling over—you’re trying to roll over without your legs or your arms. They stay off the ground the whole time.”

All you need to perform the uneven hollow body rock gator roll challenge is plenty of space to rock and roll around. Just make sure there isn’t anyone you could accidentally thrash into working too close and you’ll be ready to begin.

The gator roll adds more than just a (literal) spin to the hollow rock position—you’ll get more muscle groups involved with the move, too. “Abs, obliques, lower back muscles, and glutes all have to fire,” Samuel says, “and your upper back has to be alive to keep your shoulders off the ground.”

Add the uneven hollow body rock gator roll challenge to your ab routines by performing 3 rounds of the countdown series in one go, resting for 1 minute between each. For more tips and routines from Samuel, check out our full slate of Eb and Swole workouts. If you want to try an even more dedicated routine, consider Eb’s New Rules of Muscle program.