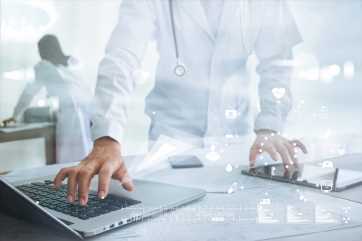 The UK is moving one step closer to creating an infrastructure for the use of health-related data at scale with the launch of seven centres announced this week.

Led by Health Data Research UK and part of a four-year, £37.5m investment from the government through the Industrial Strategy Challenge Fund, these hubs will, among others, seek to transform the way cancer data is used and expand opportunities for patients to participate in clinical trials.

They were selected in an open competition by an independent panel, after being examined against criteria including their potential for impact, and over 100 organisations from the NHS, academia, charities, tech and pharma companies are involved.

The seven hubs are:

WHY IT MATTERS
Professor Andrew Morris, director of HDR UK, said researchers and innovators had long struggled to access health data at scale in the UK.

Now, the hubs will give them the opportunity to “research the genetic, lifestyle and social factors behind many familiar common diseases and identify revealing data trends which may help with finding cures or treatments”, he added.

Earlier this year, three NHS trusts and five research institutes and charities joined the UK Health Data Research Alliance, created to improve access to data for researchers and help chart best practice in the areas of privacy, transparency and inclusivity.

THE LARGER TREND
This isn’t the UK’s first attempt at creating such a system. A programme launched in 2013, called care.data, aimed to link up patients’ data from various parts of the system, starting with joining up GP records with hospital episodes statistics data. After concerns were raised by privacy campaigners, patient groups and doctors, the scheme was scrapped in 2016.

“Many people support the use of patient data for research but are understandably nervous about the involvement of commercial organisations. It’s great to see the Hubs taking public and patient engagement seriously as they meet this challenge of driving innovation while protecting peoples’ rights and interests over data.”