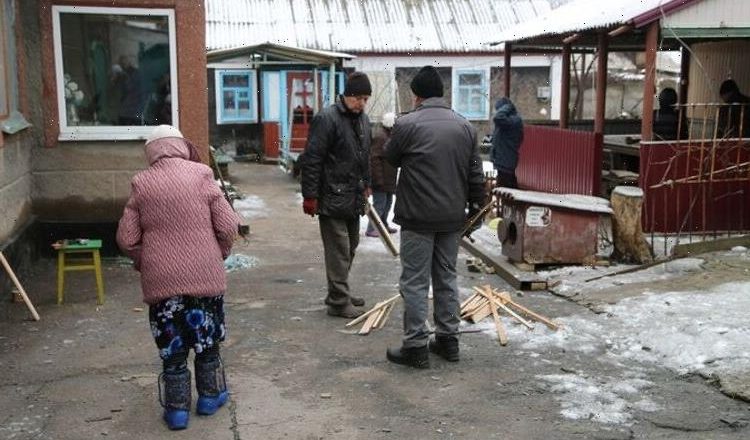 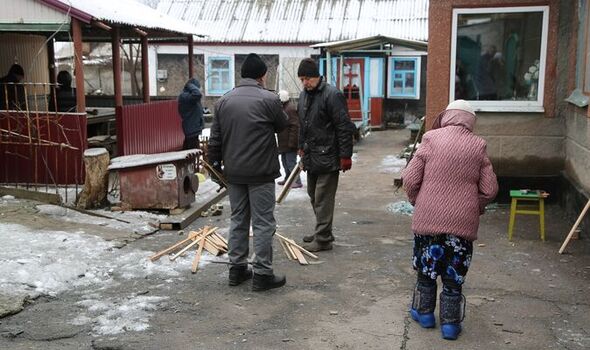 Richard Sullivan, Professor of Cancer and Global Health and co-Director of Conflict and Health Research Group at London’s King’s College, warned European aid organisations are likely to witness “the biggest cancer disaster in a lifetime” as patients, whose treatment has been curtailed remain trapped in Ukraine without treatment or flee to neighbouring countries. He said urgent steps are needed to ensure cancer and other longer term diseases are not overlooked in the chaos caused by President Putin’s bombing campaign.

Professor Sullivan, who is a member of a team of experts working with the World Health Organisation fears death and disease on a mass scale will likely result from the loss of health services, access to medicines, infrastructure and amenities.

He said international agencies needed to ensure as many Ukrainian patients as possible continue receiving life saving treatment for infectious and non-infectious conditions whether they are in the Ukraine or have fled.

However he believes it is now “inevitable” that “there will be very many unnecessary cancer deaths, “including those of children” in Ukraine because their treatment has been curtailed.

Prof Sullivan said: “We know any form of delay in diagnosis or delay in treatment leads to avoidable death. And what we’re going to be seeing this month on month as the conflict continues to drag on is more and more delays for individuals trapped within the Ukraine who are unable to get out. And for those individuals that picture is incredibly bleak.”

Speaking to the podcast sketchnoteson.com Professor Sullivan said he feared many diseases would be overlooked in the rush to escape, however speaking about cancers he said: “Ukraine has a very high cancer burden. There were up to three and a half thousand new diagnoses per month before the war started. We’ve got individuals who are now still in hospitals and still being treated but many patients, including children now can no longer get access to cancer centres, because they’re trapped in their basements. They’re trapped at home.

“There have been evacuations already of a lot of patients, particularly childhood cancer patients now who are being moved out of the country. Others are being moved further west, to where cancer centres are still relatively safe and operating. This situation is really desperate, and speaks to the need for an immediate ceasefire, because this is the only thing that’s going to protect those centres within the country itself. It’s been particularly brutal, heartbreaking, to see the attacks against children’s hospitals and children’s cancer hospitals.”

In one case the mother of a 3-year-old cancer patient told of her dilemma as the treatment for her daughter started to run out. Polina’s rare cancer, neuroblastoma, had been put into remission with the help of the drugs from Israel. Her mother, who had been living with her daughter in the basement of their home in Ukraine’s second city Kharkiv

Speaking to the BBC last week she said: “I can’t even imagine how we could get the medicine to Ukraine in these circumstances.”

Last Wednesday the family made a dash to the train station hoping to flee Kharkiv which has come under heavy Russian attack.

Last week children with cancer and other conditions were being looked after in a hospital basement at Kiev’s Children’s Hospital while bombs continued above ground. Dr Lesia Lysytsia who is working there told BBC News: “We’re exhausted. We are working 24/7…I am really worried, but as long as the patients are in the hospital I will stay here.”

Most of the 600 babies and children treated at the hospital have now been evacuated, but there are still more than 200 being treated in the windowless room, some on makeshift beds, others on chairs.

Up to four million people – a tenth of the population – are expected to flee Ukraine in the coming months according to the UN refugee agency – the largest refugee crisis this century. Approximately 1.3 million have already crossed to neighbouring countries, including Poland, Hungary, Romania and Moldova. Many do not have identification or medical records.

Prof Sullivan said European leaders urgently need to put resources into looking after cancer patients who had fled as well as those still in Ukraine. International agencies he said had faced similar problems from cancer patients fleeing the Syrian war in the Middle East, “but nothing on this scale.”

“I think there’s a major worry at the moment that cancer capacity could run out very, very quickly as the numbers coming across the borders increase. We’re already hearing in some areas capacity has been reached and exceeded. There are only so many hours in the day that radiotherapy machines can work. There’s only so many trained cancer surgeons and medical oncologists. And all these countries are still treating their own patients as well, and recovering from the impact of COVID pandemic. The ad hoc patients coming in can be managed, but if this trickle turns into a flood, we’re going to be in a very different world very quickly and it’s going to be really important to be able to triage patients to other centres in other countries including the UK, in order to distribute the workload where capacity exists.”

What is happening where you live? Find out by adding your postcode or visit InYourArea

The charity Médecins Sans Frontières has been forced to stop several of its public health programmes in Ukraine, including those to combat HIV and tuberculosis, alongside basic healthcare provision due to the war.

“Cancer patients are the tip of the iceberg. We are very concerned about the impact prolonged fighting could have on patients with many chronic diseases, many of whom are elderly,” said Kate White, Emergency Programme Manager for the charity.

“All health facilities are struggling with supplies. Aside from the need for acute life saving and trauma services, Ukraine has one of the highest rates of some chronic diseases in Europe including for HIV, diabetes and tuberculosis whose patients need continued access to life saving medicines. We need to ensure continued access to healthcare for these people regardless of which country or surrounding country they are in.”