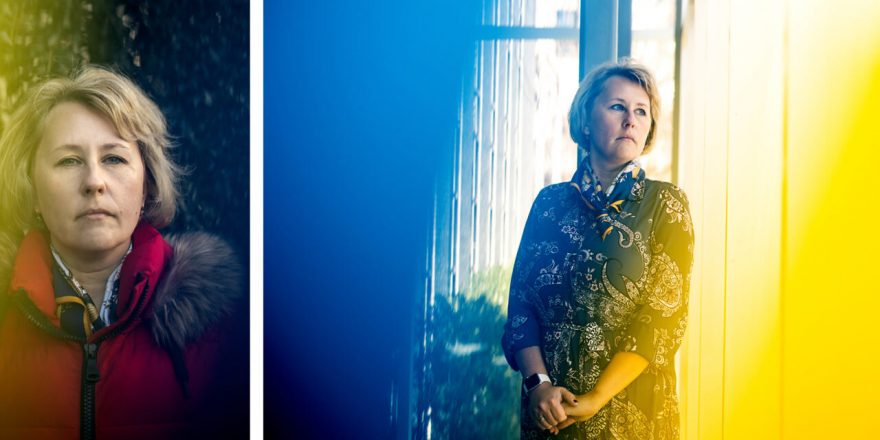 Ukrainian PTSD will resonate far deeper than the bombs and bullets

As Russia advances further into Ukraine, an estimated 1 million civilians have been forced to flee their homes. With refugee numbers continuing to climb, associate professor Ekaterina Botchkovar foresees a spike in post-traumatic stress disorder and violence among Ukrainians based on previous research she conducted in the wake of a prior Russian-Ukrainian conflict.

Ukrainians who are forced to relocate will, according to Botchkovar’s research, experience the highest levels of PTSD compared to those who remain at home. But Botchkovar worries, too, about the majority of Ukrainians who aren’t displaced but still experience the war indirectly through media or stories from friends and family. These people, Botchkovar says, are less likely to seek help for mental-health issues caused by the war, which puts them at higher risk for experiencing PTSD symptoms.

“Anyone would advise you to see a psychologist if you’ve experienced bombings, but for the more indirect exposure, you might not understand that you have trauma. Our research shows that these people can become angry and violent. They don’t behave in ways that they normally would, and they might not realize it’s from the trauma,” she says.

Botchkovar, who is primarily a criminology and criminal justice scholar, is interested in PTSD as the impetus for violent criminal behavior. In 2017, three years after Russia annexed Crimea and the military conflict in the Donbas region of Ukraine subsided, Botchkovar began surveying Ukrainians in two major cities—Kharkiv and Lviv—for symptoms of PTSD and violent behavior.

The 2017 study, which was published this past fall, found heightened levels of deviance, primarily in the form of alcohol abuse and various forms of violence, among Ukrainians who had indirectly or directly experienced the war.

Now that Ukraine is facing a larger, nationwide conflict, Botchkovar believes the reality for most Ukrainians will be even more severe than the findings from her study. “There’s a full-fledged war burning in Ukraine,” she says. “We’re looking at much more extreme versions of everything we found: PTSD and violence.”

The conflict in Ukraine originally interested Botchkovar as someone who grew up in Moldova in the 1990s during violent land disputes with Russia.

“I experienced that military conflict indirectly,” she says. “I wasn’t displaced, but the war was still all around me in the news. I remember traveling through the country when I was 14, and the train we were on had to re-route to avoid the bombings.

“I knew from that experience what it was like for Ukrainians to lose part of their country to an aggressor,” she continues. “It’s fear and a complete sense of helplessness.”

Now, considering the scale of the current countrywide attack, Botchkovar expects levels of PTSD and ensuing violence to be even higher than they were following the conflict in Crimea and Donbas eight years ago.