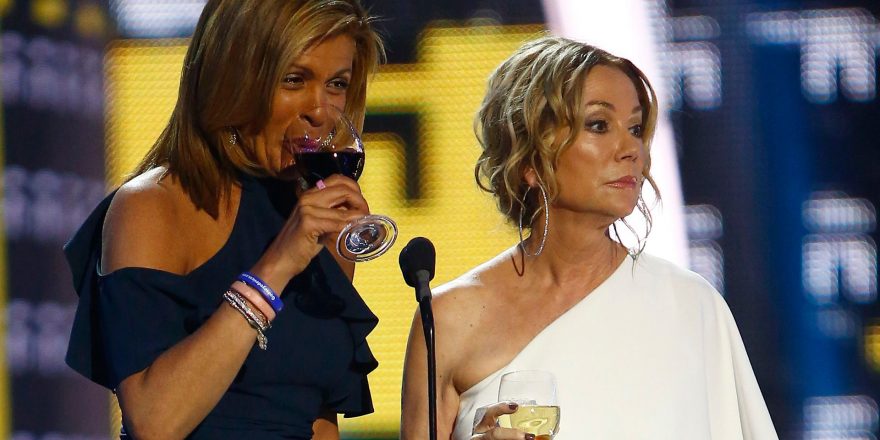 If you’ve ever had the true delight of watching Kathie Lee Gifford and Hoda Kotb shoot the shit in the morning while chugging improbably huge glasses of white wine, you’re probably as heartbroken as I am that today was Kathie Lee’s last day as co-host of the show. Why, Kathie Lee? Why did you have to leave us? But perhaps the more pressing question is: How much wine did Kathie Lee and Hoda really drink that whole time?

Not one to do anything without at least a little bit of fanfare, Gifford’s goodbye show included a trivia game hosted by none other than John Cena, and the game answered precisely that question — and we were floored.

Cena asked, “Approximately how many glasses of wine have been served on this show in 11 years?” It’s definitely something hard to gauge – it seems like the ladies are constantly sipping (and their personalities don’t exactly do anything to dispel that notion!), but could they really be getting wasted every single weekday at 10 am?

Then again, if you break it down by day, it basically works out to two glasses per show. I’m not sure I could handle drinking two servings of Chardonnay before lunch (10 years ago, sure!), especially if I was expected to work during it. But Kathie and Hoda have pulled off their boozy shenanigans for 11 years now – clearly they were doing something right!

Gifford may be leaving the show, but wine will still be a big part of her life. That’s because she’s the owner of Gifft by Kathie Lee Gifford, a boutique wine company that serves up estate-grown bottles from Salinas, California.

What better way to cheers Gifford to a great 11 years than by cracking open a bottle of wine before lunch? Hey, if she can talk pop culture and politics with strangers after getting a little tanked in the morning, why not I?