Home » Health News » We need to see antidepressants as a personal thing, not demonise or idolise them 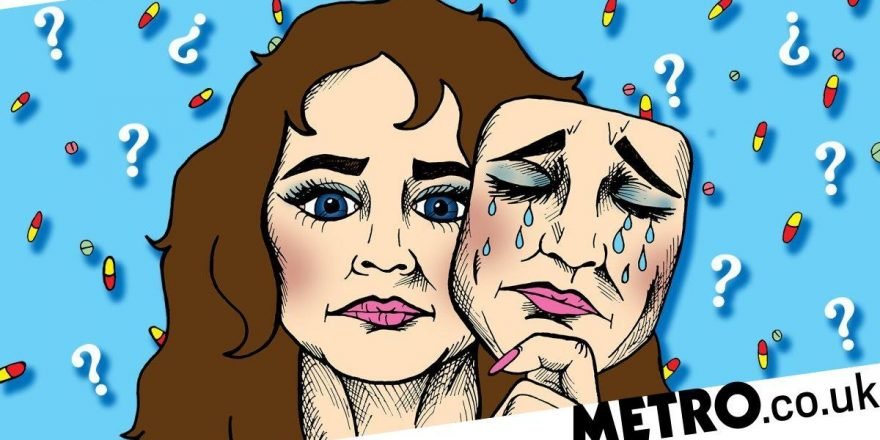 We need to see antidepressants as a personal thing, not demonise or idolise them

Mental illnesses are strange beasts, and seem to affect everybody slightly differently.

While you might see some people with depression who are barely unable to leave bed, others with the illness find that most of the time, it barely limits their day-to-day routine.

Similarly with anxiety, some people who have the condition find that it takes them longer to be diagnosed due to the fact their symptoms don’t fit into the neat checklist of what the ‘standard’ experience is.

On top of that there’s the fact that many experience co-morbidity, living with more than one mental health issue at a time (45% of those in the US with one mental disorder met criteria for two or more disorders).

That’s why it’s so vital to treat each case of any mental illness as a separate entity with its own unique way forward.

Medication is one such way that people choose to manage their illness.

Stats from Chemist-4-U show that only 30.62% would say the antidepressants they take are very effective, and 36.84% have taken non-prescription medicines such as herbal remedies to treat their mental health conditions, rather than taking antidepressants.

There are two things at play here, with one being so-called pill shaming.

This is the belief that mental illnesses shouldn’t be medicated, or the perpetuation of myths like ‘antidepressants change who you are’ or ‘taking medication for mental health is for the weak’.

Actor Jim Carrey recently advocated for depression not be ‘medicated away’, prompting a number of angry comments from those who felt it had been a beneficial experience for them.

That’s the other side  –  the view that medication is a catch-all cure that deserves no criticism because it has helped patients.

No treatment works for everybody, but there are screeds of research showing efficacy before these drugs can go to market. There are also numerous stories showing that abruptly stopping medication can hamper recovery.

Han, 28, who runs mental health blog Wellness and Wonder has been on anti-depressants for eight years and says, ‘I am on Citalopram which I take every day and I also have Propranolol for the bad days. I don’t really have side effects when I take my meds consistently, but I do have times I run out or forget and I get awful vertigo. I feel like I’ve just got off a roundabout and can’t walk straight or stand up for long’.

Similarly, 23-year-old Charlotte tells us, ‘I’ve been on and off medication since I was 18 or so. Since then, I’ve tried about 4/5 different medications. Currently I don’t take any because the side affects of the last became too scary for me. I’m starting to think that medication does not work with my form of mental Illness and so me and my secondary care will hopefully look at other options. In the past the meds have not worked at all or have made me worse.’

Side effects are a common theme among the people I spoke to. Lisa, 36, was first diagnosed with anxiety and depression when she was 17: ‘I started off on fluoxetine, then my doctor decided to try effexor because I guess I wasn’t getting better fast enough?’ she says.

‘Effexor made me actively suicidal, so one day I flushed them down the toilet. I was then off meds for like two years.’

However, she has now been on sertraline for around a decade. She started on a 50mg daily dose, before moving up to 200mg, and trying to taper it down to a loser dose. She says, ‘I got as far as 50mg every second day and managed that for two weeks before my levels of ambient anxiety became unbearable. I think it was an interesting exercise, because it allowed me to see the minimum dose I needed to be a functional human being and that I do genuinely need antidepressants’.

Withdrawal symptoms are undoubtedly part of the SSRI (selective serotonin reuptake inhibitors; the kind of anti-depressant most commonly prescribed) experience. A Mind spokesperson tells Metro.co.uk: ‘If you have been taking anti-depressants for a while your body will have adjusted to them which may mean you experience withdrawal symptoms when you stop taking them. For this reason, it’s always advisable to reduce the dose slowly instead of just stopping taking them’.

Carmel, 52, started taking citalopram after getting panic attacks when her mother died: ‘I tried to come off them but started to get them again, so I haven’t tried since.

‘I would say why bloody suffer with stress when there is medication out there to provide a balance? Its the same old story isn’t it. You wouldn’t self medicate a physical illness, but because its mental health you are expected to be able to get over it. Why would I just to go back to being all anxious?’

For every person online who will claim there’s a paid shill movement pushing pills on the vulnerable, you’ll find another claiming that they’re the most important part of mental health treatment.

Rather, there needs to be a middle ground where we really listen to people with mental illnesses and find multiple-pronged plans for their future. That means disclosure of side effects and withdrawal symptoms, and a trial and error system that allows medication that doesn’t work to be ruled out.

We’re currently experiencing an overstretched NHS that can’t give people all of the therapy and in-person care they may need. So instead of looking in black and white at how mental health is treated, we must see a spectrum where everybody’s ideal (and doable) care fits somewhere dinstinct to their experiences.

Mind continue: ‘If you are thinking about changing your dosage or coming off your medication entirely this needs to be done carefully and in close consultation with a health professional such as your GP.’

In the same vein, if your needs change in any way, it’s important to vocalise that with your GP. They will understand that you’re a person, and that your care is personal, too.